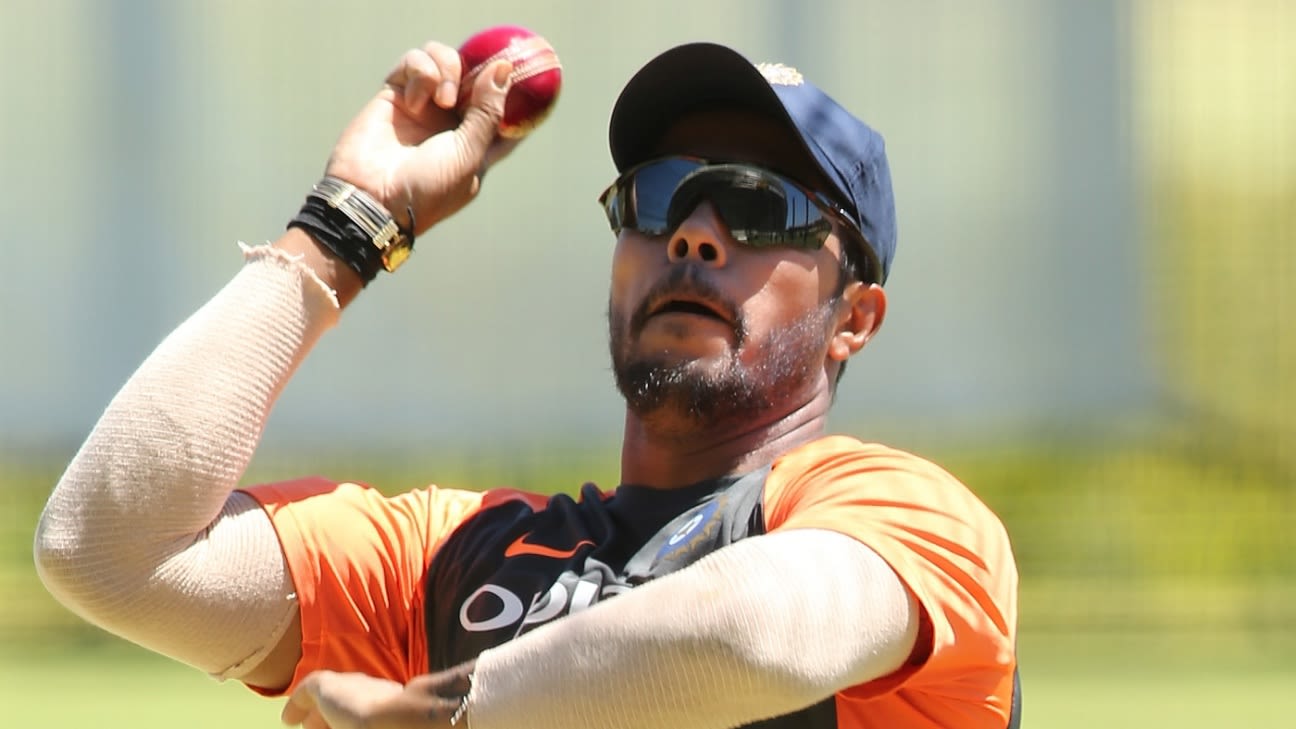 Umesh Yadav has been added to India’s squad for the third and fourth Tests against England after clearing a fitness test. Yadav, who had given the fitness test on Sunday, was formally added to the squad on Monday, two days ahead of the third Test, which will be a pink-ball day-night affair. Yadav will be available for selection for the match at the new stadium in Motera, which starts from February 24. The fourth and final Test will take place at the same venue from March 4, though that will be a traditional red-ball game.

Yadav replaces Shardul Thakur in the Indian squad. Thakur has been released to play in the ongoing Vijay Hazare Trophy – India’s domestic 50-overs competition – where he will turn out for Mumbai.

Yadav was always expected to be part of the squad once he had cleared his fitness test, and he joins a fast-bowling group that comprises Ishant Sharma – who will be playing his 100th Test, Jasprit Bumrah and Mohammed Siraj.

Yadav has played 48 Tests overall, of which 28 have been in India, where he has been particularly effective. Overall, he has 148 wickets at 30.54, but at home, he has 96 wickets at 24.54. He has been particularly devastating at home since 2018, averaging 13.86 with 38 wickets in seven games. His average and strike rate (24.3) in that period are the best in India of any bowler, given a minimum of three Tests played.

Given the success Yadav has enjoyed and the likelihood of India bringing in a pacer in place of a spinner due to the match being a pink-ball one, Yadav could return to the playing XI straightaway, marking his first game since picking up a calf injury during the Boxing Day Test against Australia.