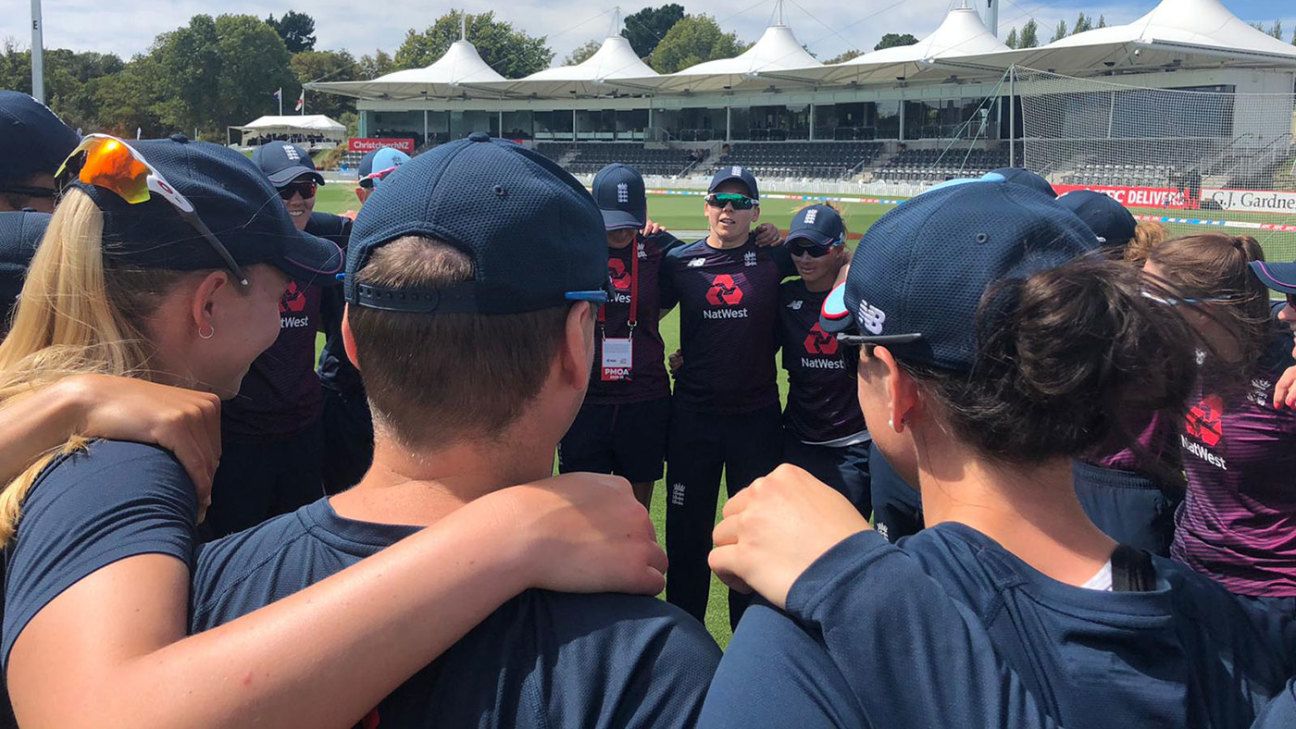 Tammy Beaumont and Heather Knight produced a pair of fluent half-centuries at Hagley Oval, as England Women marked their first ODI in 437 days with a comprehensive eight-wicket victory over New Zealand.

Had it not been for the Covid outbreak, England’s defence of their 2017 World Cup title would have been well underway by now, but instead Knight’s team showed they have learned the lessons of a somewhat rusty loss in their final warm-up in Queenstown last week to reassert their credentials, and inflict on New Zealand a tenth consecutive ODI defeat – the worst losing streak in their history.

In a one-sided contest, New Zealand chose to bat first but were rolled aside for 178 in 45.1 overs, with Hayley Jensen’s 53 from 58 balls at the top of the order being matched by an eye-catching 50 from 54 from the debutant Brooke Halliday at No.7.

Besides those contributions, however, there was very little substance to New Zealand’s innings, which was perhaps most notable for the return of Tash Farrant to England’s ODI line-up, for her second 50-over appearance, almost seven-and-a-half years after her one-off debut against West Indies in November 2013.

Sharing the new ball with Katherine Brunt, Farrant impressed with figures of 2 for 31 in seven overs, with her early dismissal of Amy Satterthwaite for 3 undermining New Zealand’s hopes of a competitive total. Farrant then returned to extract Lea Tahuhu for 8 late in New Zealand’s innings.

England’s wickets were shared around among their seven bowlers – a testament to how insubstantial New Zealand’s partnerships proved to be. Sophie Ecclestone the only bowler to complete her full allocation, as she reached 100 international wickets with her haul of 2 for 31 in her ten overs of left-arm spin.

New Zealand’s reliance on the likes of Satterthwaite, Sophie Devine and Amelia Kerr meant that their cheap dismissals, inside the first 27 overs of the innings, left the rest of the order caught in two mindsets as they attempted to chisel a decent score.

Katey Martin dug in for 14 from 35 balls before falling victim to Knight, as no player besides the two half-centurions mustered more than Devine’s 16.

England’s reply was brisk and to the point. Danni Wyatt fell in the eighth over, but not before 42 runs were on the board, while Beaumont had struck 11 fours in her innings of 71 before succumbing to Tahuhu, who appeared to compound New Zealand’s concerns when she limped off with a hamstring injury late in the game.

Knight and Natalie Sciver then swept England to victory with few further alarms, as New Zealand’s one saving grace was a competitive debut from their 16-year-old left-arm spinner Fran Jonas, who was not flattered by her maiden figures of 0 for 31 in five overs.