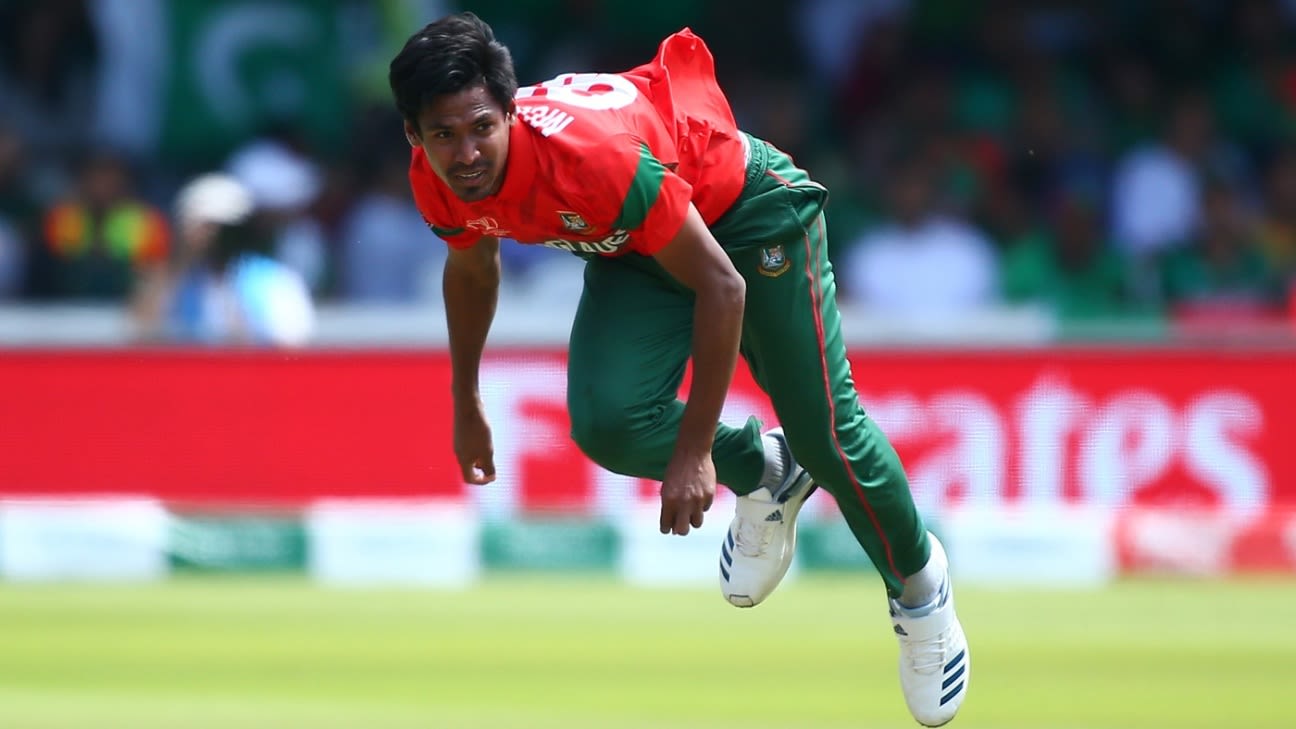 “If I am not selected, I will take BCB’s advice,” says pacer who was picked up by Rajasthan Royals in the 2021 auction

Mustafizur Rahman has said that he will be available for Bangladesh’s two-match Test series against Sri Lanka in April, if selected. Rahman had been picked up by the Rajasthan Royals in the IPL 2021 auction for his base price of INR 1 crore, and the tournament is expected to clash with the Sri Lanka series.

Both Tests that the two teams are scheduled to play are part of the World Test Championship, and they will also play an ODI Super League series in May.

With the Bangladesh Cricket Board having allowed Shakib Al Hasan to miss the Tests against Sri Lanka after he had requested to be allowed to do so, there was speculation about whether Rahman, too, would follow suit. However, Rahman said he was putting his Bangladesh commitments ahead of his IPL ones.

“Country comes first for me. I will play Tests if the team management selects me,” Rahman told reporters on Tuesday, shortly before Bangladesh were to depart for New Zealand for a white-ball tour.

“If I am not selected, I will take BCB’s advice. I spoke to the BCB president, who has left the decision to me. If they let me play the IPL I will, otherwise I am choosing to play for the country.”

Shakib’s decision also led to the BCB saying they would add clauses in central contracts where players would have to specify their availability.

Rahman was part of the XI for the first Test of Bangladesh’s recent series against West Indies and not the second. He has played only 14 Tests in all since making his debut in mid-2015 – less than half of the 30 Tests Bangladesh have played in the same period. Consequently, his selection for the Test squad is not a given, unlike Shakib’s.

However, the BCB hadn’t given Rahman an NOC for last year’s IPL. Two years before that, he was reprimanded by the board for not reporting an injury he picked up in IPL 2018, while playing for Mumbai Indians.

“There’s no pressure to play in the IPL or for Bangladesh,” Rahman said. “It is not new for me. I have forgone IPL in the past to play for the country. I am thinking along similar lines this time too.”.

In his last IPL stint, Rahman played for Mumbai in 2018, taking seven wickets in seven matches at an average of 32.85 and an economy rate of 8.36. He had much more success with Sunrisers Hyderabad in the previous two seasons, although he featured in just one game in 2017. In 17 matches for Sunrisers overall, he collected 17 wickets at 26.16 and an economy rate of 7.14 – his figures somewhat spoiled by his solitary outing in 2017 in which he bowled 2.4 overs for 34 runs without picking up a wicket.

Failing fitness tests by seconds is not a simple numbers game
Kyle Jamieson returns for Test series against England
South Africa bat, both sides make changes
🌀How much has that spun?! Parkinson Bowls Imam Through The Gate #shorts #spin #legspin
Jos Buttler ‘frustrated’ but understanding as England grapple with scheduling dilemmas