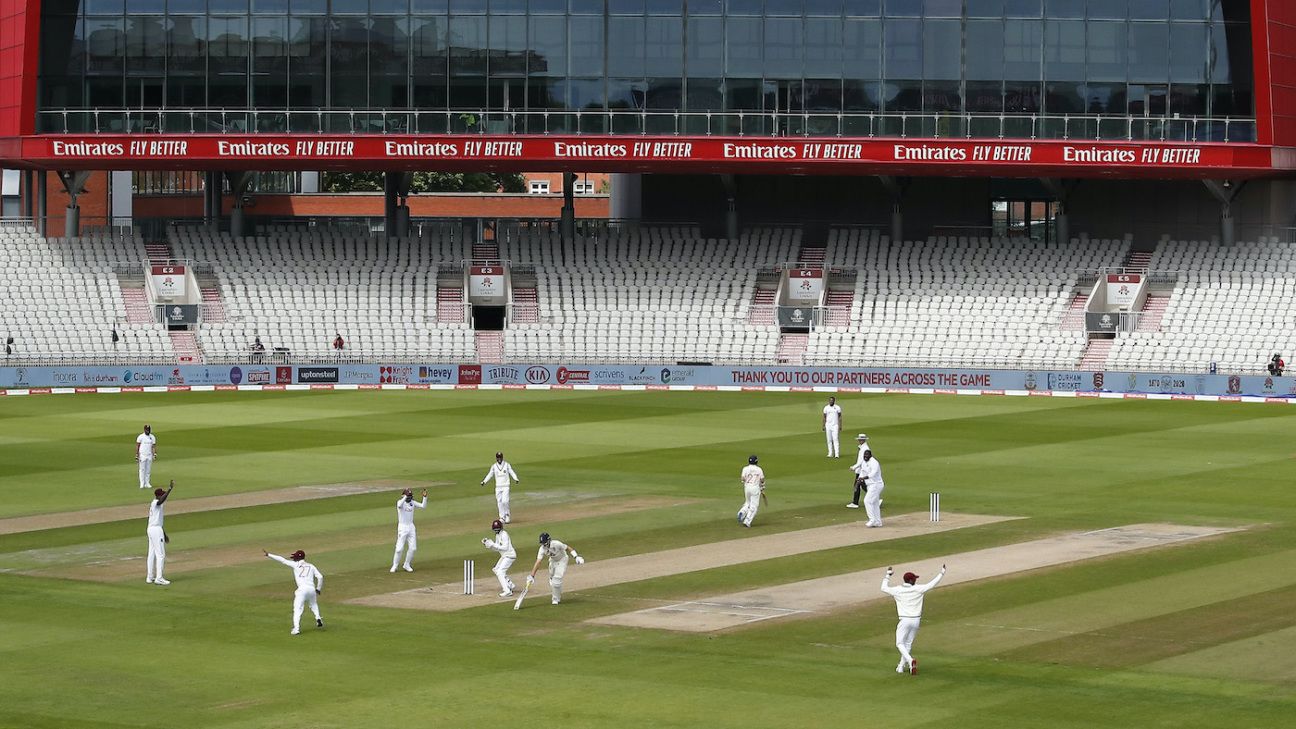 Lateral flow tests and vaccination certificates could be used to accelerate the return of spectators to cricket, according to Lancashire chief executive, Daniel Gidney.

While Gidney celebrates the recent roadmap out of lockdown as “the best news” he’s had “in a very, very long time”, he hopes the game can find a way to work with government to facilitate a return of crowds ahead of current guidelines.

For example, under the plans outlined by Boris Johnson on Monday, full houses will not be permitted before June 21 and there will be, in theory, no crowds at all before May 17.

But with the County Championship season starting on April 8, it is possible for six rounds of action to have taken place before a spectator is admitted to the ground. And with the T20 Blast campaign, which is so vital to cashflow in the domestic game, starting on June 9, counties could be missing out on some lucrative fixtures due to restrictions which will see a maximum of 25 percent capacity allowed to attend before June 21.

As a result, Gidney – and some of his fellow chief executives – are looking at ways to demonstrate to government that hosting spectators in cricket grounds is every bit as safe as allowing customers into non-essential shops or beer gardens, both of which are scheduled to be permitted from April 12.

To that end, it is likely there will be a request for the government to accept early-season matches as ‘pilot’ events, during which counties will attempt to demonstrate they can safely deal with the return of spectators. The MCC and Warwickshire, who host the Tests against New Zealand at the start of June, may well ask for similar dispensations. At present, both venues are likely to be limited to 25 percent capacity.

“There is a group of CEOs, including me, who are on a return-to-crowds group coming up with practical low-risk solutions,” Gidney said. “If you have 500 people going into a store – or 500 in a massive beer garden – how is that different to 500 watching in a cricket ground?

“Also, if we have 500 members coming in, we can do lateral flow testing in the car park with a 30-minute turn round for the results and you only come in with a negative test. Coupled with the fact that demographic [county members, who are typically older people] are likely to have been vaccinated, I will be asking ‘what is wrong with that approach?’.

“I want to be able to get members back watching County Championship cricket in April. Not in huge numbers, but we need lots of pilots, so we don’t rush in blind on May 17.”

Gidney’s desire to see spectators return is understandable. Lancashire’s turnover dropped from around £34 million in 2019 to around £16 million in 2020. As well as all employees – including players – accepting a 20 percent pay cut, the club was also obliged to make seven compulsory redundancies.

And while he says he has been “blown away by the love and support” of the county’s members – many of whom donated their 2020 fees to the club rather than requesting a refund or a rollover of their membership – Gidney is aware their patience will be tested if they are forced to sit out another six rounds of Championship cricket.

In one way, at least, the relative age of most county members might be advantageous with all over-50s in England likely to have been offered a first vaccine, at least, by mid-April. Gidney hopes that proof of vaccine might be utilised by county clubs as a condition of safe entry.

“In terms of vaccine passports, the messaging from the ECB, which came from government, is that this is a no-no,” Gidney says. “It’s seen as politically unacceptable.

“But the travel industry is already moving in this direction. SAGA holidays, for example, have announced that you can’t go on cruises unless you demonstrate that you’d have a vaccine. And Emirates airline were one of the first to insist on a negative PCR test within 72 hours of take-off. There you have private companies which have set out a policy for booking.

“So ultimately this won’t be the domain of national governments. The travel industry has really been leading in this area.”

While the T20 Blast will start before full-house attendances are allowed – at Emirates Old Trafford, capacity will be around 21,500 in 2021 – Gidney is not currently in favour of any changes to the domestic fixture schedule. While some county CEOs are keen to explore the possibility of swapping County Championship fixtures in July with T20 Blast fixtures in June, Gidney believes it could create as many issues as it resolves. ESPNcricinfo understands there will, however, be meetings held throughout this week to explore the issue.

“I’m very excited,” Gidney said. “People are desperate to get out and watch cricket and desperate to experience live events. People talk about the Roaring Twenties after the First World War; I genuinely believe we’re going to have the same again.

“There’s something like £250 billion of savings in households, because people just haven’t been spending any money. We’ve got to find a way as the events and sports industry to give them a way they can spend some money to watch live events and live sport.

“We showed last year we can get people playing cricket safely. That was our K2 to climb, now we’ve got our Everest. After speaking to a number of other CEOs, we’re really up to this challenge and we want to find a way of doing this safely and as quickly as we can.”

Liam Livingstone to make England Test debut against Pakistan
First Test could be delayed by 24 hours after illness sweeps through England squad
Pat Cummins: There are no cowards in the Australian team
Morning decision for Rawalpindi Test as sickness bug disrupts England plans
Northern demolish Sindh to win Quaid-e-Azam title for the first time