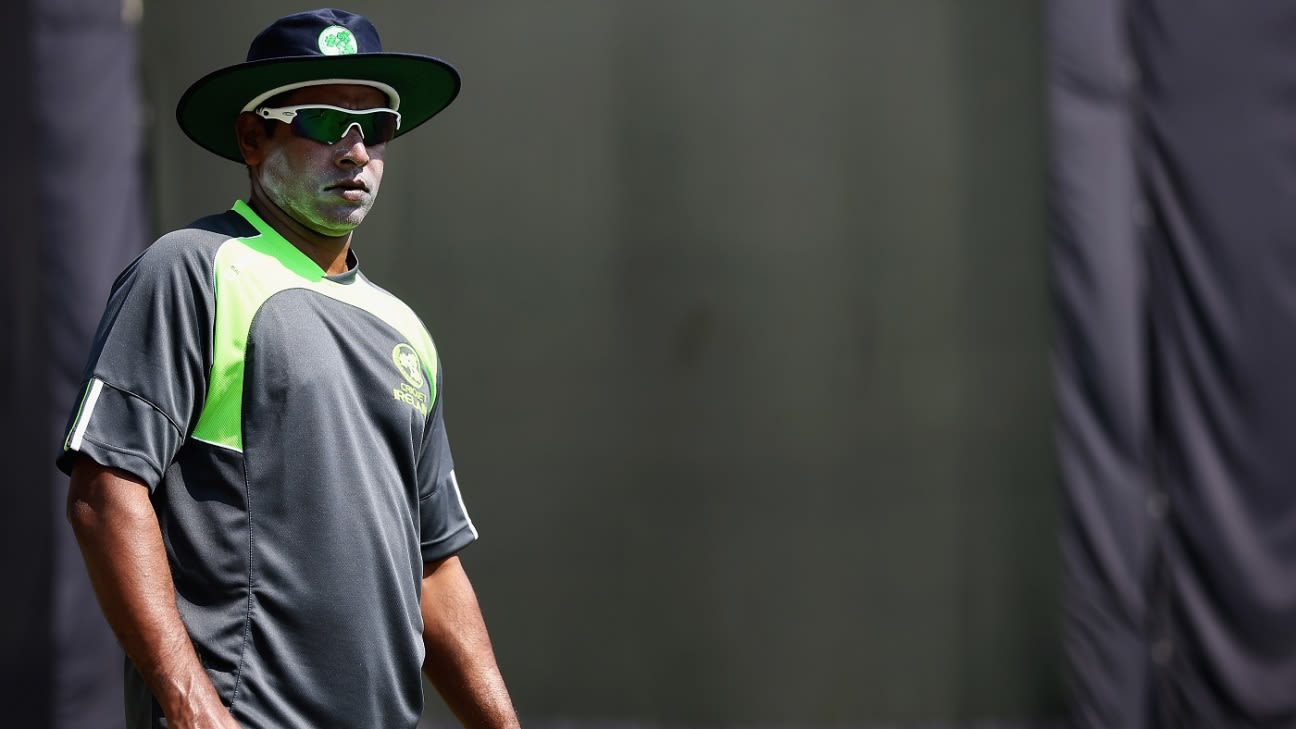 Board says former pacer made his “irresponsible move on the eve of the team’s departure, based on personal monetary gain”

Just days after being appointed as Sri Lanka’s fast bowling coach, Chaminda Vaas has resigned from the post with immediate effect, with SLC accusing the former fast bowler of holding “the game at ransom”. The move comes a day out from the national team’s departure for their tour of the West Indies, and has left SLC scrambling for a replacement.

ESPNcricinfo understands that SLC will take a decision on Vaas’ replacement as a matter of urgency, with the selection likely to be from one of the coaches currently working at the high performance centre.

According to an SLC media release, Vaas’ resignation had come about as a result of a dispute over remuneration, with SLC administrators also believed to be unhappy with the timing of his demands.

“It is particularly disheartening to note that in an economic climate such as the one facing the entire globe right now, Mr. Vaas has made this sudden and irresponsible move on the eve of the team’s departure, based on personal monetary gain,” stated the release.

“The Management of SLC, and indeed the entire nation, hold Mr. Vaas in high esteem as a cricketer who has excelled for his country. His years of yeoman service have been appreciated and rewarded over the years both in status and in kind.

“In such circumstances, it is extremely disheartening that a legend such as Chaminda Vaas has resorted to holding the administration, the cricketers, and indeed the game at ransom, by handing in his resignation at the eleventh hour, citing the administration’s refusal to accede to an unjustifiable demand for an increased USD remuneration, in spite of being a contracted employee of Sri Lanka Cricket, already receiving remuneration that is in keeping with his experience, qualifications, and expertise, in addition to which he would have been entitled to the usual USD per diems offered to all members of a travelling squad.”

Vaas himself wrote on his Twitter channel that the only thing he could say for now was that he had made “a humble request” to the SLC and they turned him down, adding “Justice will prevail!”.

I made a humble request to SLC and they turned it down.
That’s all I can say at the moment.
Justice will prevail!

Vaas’ resignation is the latest in a string of disruptions ahead of the West Indies tour. Vaas himself had been a replacement for David Saker, who had resigned prior to the tour citing personal reasons. Meanwhile earlier today, it was revealed that fast bowler Lahiru Kumara had become the latest Sri Lankan player to test positive for Covid-19, while head coach Mickey Arthur has also been in quarantine in recent weeks after returning a positive test earlier this month. The team also has several first team players missing through injury.