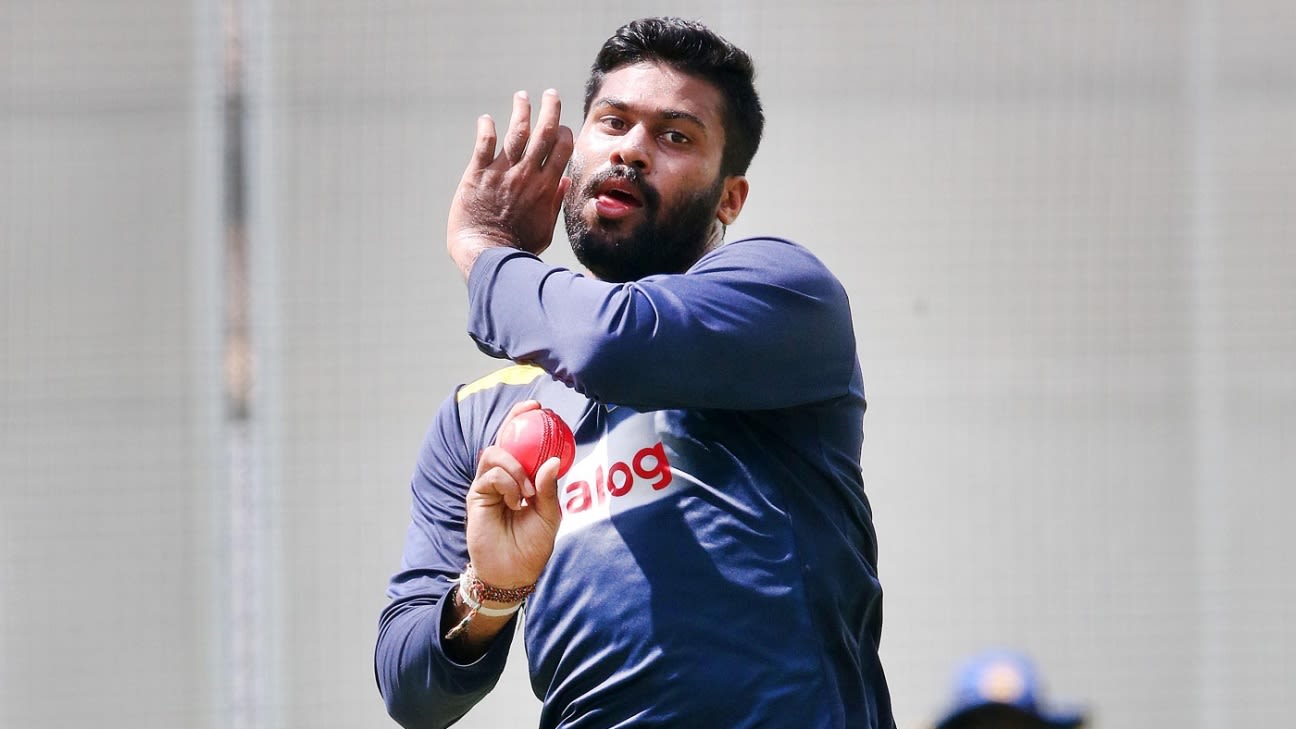 Sri Lanka quick Lahiru Kumara has tested positive for Covid-19, which rules him out of the tour of the West Indies in March, Sri Lanka Cricket confirmed on Monday. Suranga Lakmal is in the frame to be his replacement in the travelling party.

“Following PCR Tests carried out on the squad nominated to take part in the ‘white ball’ segment of the tour of West Indies, Lahiru Kumara has tested positive for Covid-19,” an SLC media statement said.

While no other player tested positive in the latest round of testing, it might be a matter of concern that all members of the squad, including Kumara, had participated in a practice game the day before the latest tests were conducted.

“Immediately upon identification, Lahiru Kumara has been directed to follow the Government’s health protocol laid out on Covid-19,” the release said. “Sri Lanka Cricket will continue with normal operations, adhering to the stipulated Health Protocols.”

The series, which will begin with the first T20I on March 4, has had to be rescheduled once – it was originally slated to start on February 20 – and Sri Lanka’s limited-overs squad is due to fly out on February 23. But several players, who have to serve Covid-19 quarantines and/or are returning from injury, will link up with the rest of the squad at a later date, likely to be before the Test series that starts on March 17.