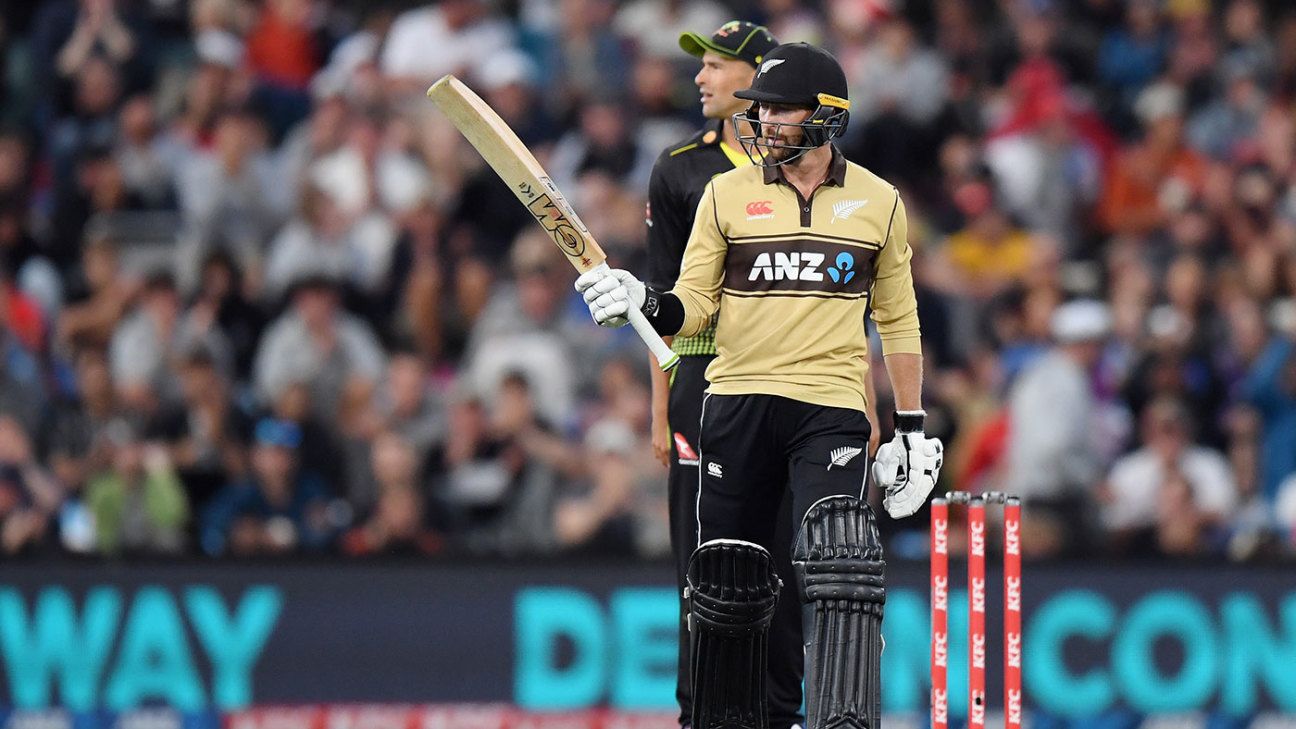 Devon Conway is just trying to “ride the wave” of his spectacular T20 form after an innings in the series opener against Australia that those from both sides lauded as incredible.

Conway finished unbeaten on 99 in Christchurch when he struck the final ball of the innings to deep cover and was unable to make it back for the second, having hit the previous two deliveries from Kane Richardson for six and four to bring the three-digit score within touching distance.

He had already become the first New Zealand batsman to make five consecutive 50-plus scores in T20 cricket, having entered this series on the back of 50, 69*, 91* and 93* in the domestic Super Smash. He has now scored 352 T20 runs since last being dismissed and has three half-centuries in his first five T20I innings. Thta includes an impressive start to his T20I career, with promising knocks against Pakistan and West Indies earlier in the season.

“You’ve just got to ride that wave as long as it lasts, but [I am] pretty happy; it’s a good start to the series and [we have] just got to keep the momentum going,” he said at the post-match presentation. “For me, the key to my batting is just playing strong shots and running hard between the wickets. [I’m] not looking too much into it and just enjoying the moment.

“Naturally, [I am] a little disappointed [to miss the hundred] but good to get the win. Probably a little more disappointed for Ish [Sodhi] not getting his five-for but happy days. It’s pretty cool.”

New Zealand captain Kane Williamson lauded Conway’s display which led a recovery from 19 for 3 after he had joined the fall of powerplay wickets against Daniel Sams and Jhye Richardson.

“An incredible knock [it was],” he said. “It was obviously a really tough start for us with the bat and to see those partnerships through the middle order led by Devon with an unbelievable 99 on a surface that starting on wasn’t all that easy. We saw that with a bit of swing in our innings as well. An incredible knock and a great effort to get to that 180-mark.”

Mitchell Marsh, who top-scored for Australia with a strong 33-ball 45, was equally fulsome in his praise of Conway, and suggested the visitors would need to do some more scouting on him ahead of the second match in Dunedin.

“It was an incredible innings,” Marsh said. “He is obviously someone we’ll have to make sure we do a lot of homework over the next few days. Days like that you have to take your hat off and say well done. There’s no doubt all our bowling group were well planned; he just had a great day.”

While New Zealand were able to recover from losing three early wickets, the game was all but decided when Australia clattered to 19 for 4 inside five overs with Tim Southee and Trent Boult finding movement under Hagley Oval’s lights that were being used for the first time in international cricket.

“The way they swung the ball – they probably swung it for seven or eight overs which, in T20 cricket, is pretty rare but we know they are world-class swing bowlers,” Marsh said. “They have done it for the last 10 years those two. We’ll have to combat that in the next few games if it swings.”

Williamson conceded he had been surprised by the amount of assistance his two leading bowlers found. “With the ball it was an outstanding effort. Dew came into play, the guys swung the ball nicely, we weren’t expecting it but was nice to have that asset.”