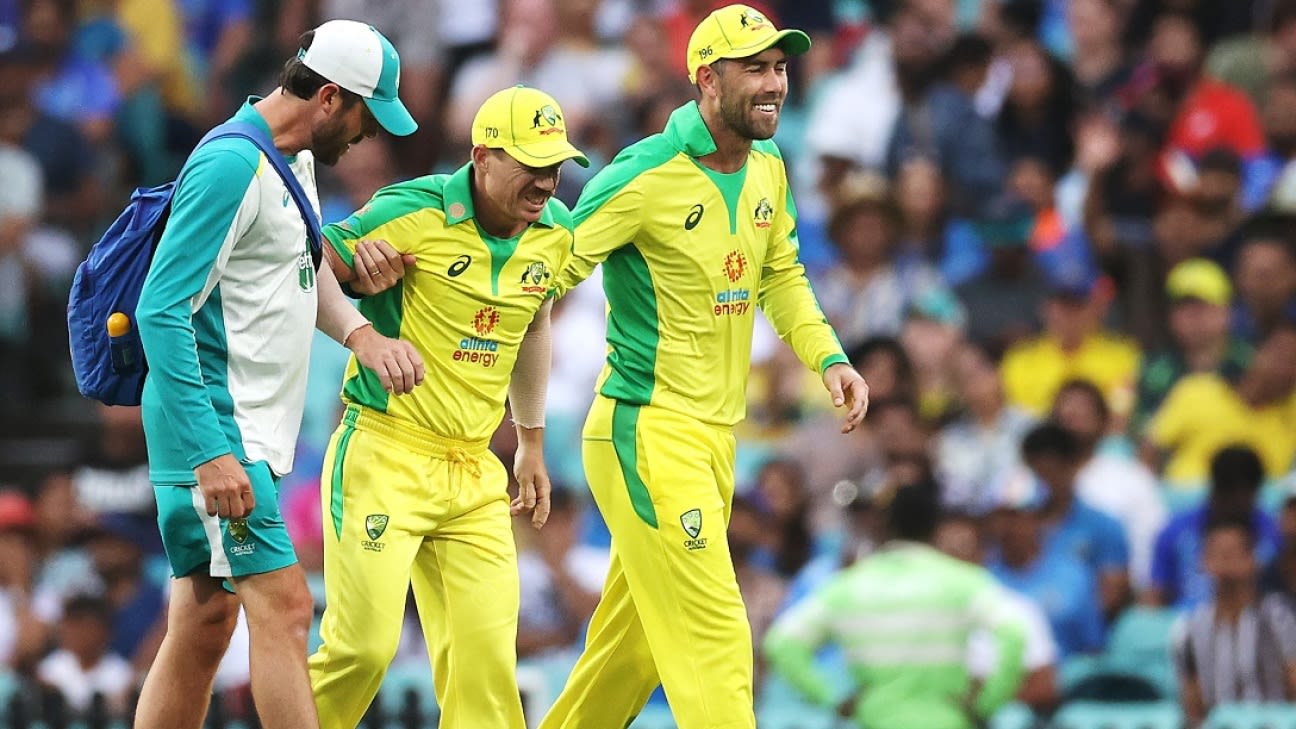 David Warner has said he may feel the effects of the groin injury that has interrupted his season for up to nine months but is hopeful that he is getting closer to a return to action.

Warner suffered the injury during the second ODI against India at the end of November and missed the final ODI, the T20Is that followed and the first two Tests. He returned to the side for the Sydney and Brisbane matches when far from fully fit after Australia had patched up their opening pair with an out-of-form Joe Burns and out-of-position Matthew Wade.

He scored 5, 13, 1 and 48 in his four innings before being named in the squad for the now-postponed tour of South Africa, a format where he believes the tempo makes the injury more manageable. It remains to be seen whether he is able to play for New South Wales over the next month before heading to the IPL to join Sunrisers Hyderabad for which he’ll need an NOC from Cricket Australia.

“I am almost back to full 100% sprinting in a straight line. This next week is getting back to fielding, picking up, throwing, very difficult that was [in the] last couple of weeks, even trying to throw,” Warner said during Fox Cricket’s coverage of the first T20I in Christchurch.

“Now it’s all about lateral, running between wickets, building that up. It’s just the tendon that has got that slight tear in it now. It’s going to aggravate me for the next six to nine months but I am sure the medicos will help me out there.”

“I have spoken to a few people that have actually had that type of injury and they have just said it’s a niggle. You have just got to teach your brain to not worry about the pain and that it’s not going to happen again. It’s just getting back that confidence to sidestep and run as hard as I can and dive around again. Once I get that, I will be right to go. It’s just not 100% there yet.”

Warner’s schedule during the Australian winter remains uncertain. The side could yet qualify for the World Test Championship final, scheduled for June 18, if results in the India-England series go their way and there is a limited-overs trip to the West Indies due to take place. Trips to Sri Lanka and Bangladesh for T20Is ahead of the World Cup in India are pencilled in for September and October. He has also put his name into the draft for The Hundred.

If Australia do not make the WTC final, their next Test cricket may not be until the Ashes, which could be pushed back to a December start, although the Test against Afghanistan, which was postponed from this season, may be slotted in before that series.

Warner’s opening partner in the Sydney Test, Will Pucovski, has taken the opportunity of the likely lack of Test cricket to undergo shoulder reconstruction which will keep him out of action for up to six months.