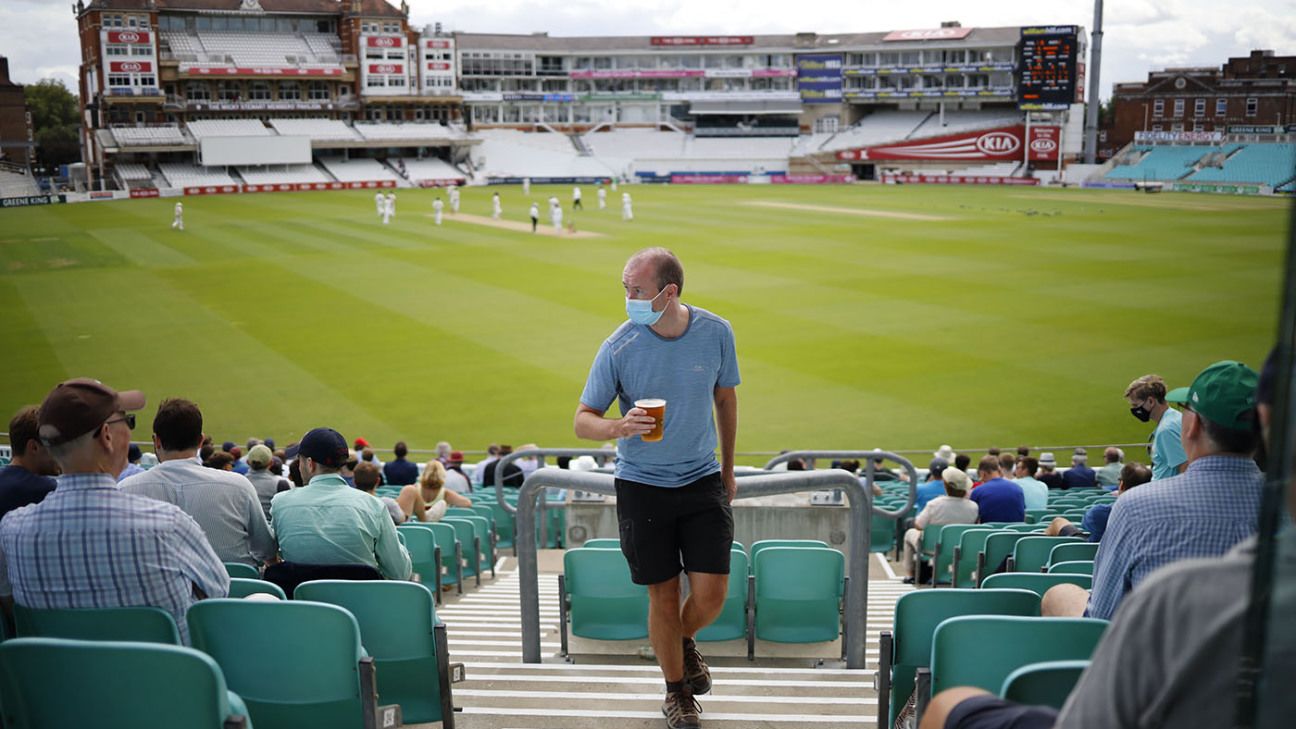 Relief and cautious optimism appear to be the dominant reactions from around the English game, after Boris Johnson announced the UK’s intended roadmap out of lockdown.

With Prime Minister Johnson outlining his intention to lift all restrictions on social contact from June 21, English cricket can look forward to the realistic prospect of full-house crowds for the Test series against India (which starts in August) and the limited-overs series against Sri Lanka and Pakistan (which get underway on June 23). Recreational cricket should also be able to resume from March 29, boosting hopes of an uninterrupted season for club and school cricket.

The changes would appear to come too late to allow full houses for England’s Test series against New Zealand, however. The first Test gets underway at Lord’s on June 2 with the second Test following at Edgbaston on June 10. Government guidelines currently state that outdoor seated events will be able to operate with 25 percent capacity from May 17. There will also be constraints on indoor hospitality, which is generally a crucial source of revenue at such events.

It is possible, however, that Lord’s and Edgbaston will argue their Tests should be viewed as pilot events for the return of full crowds and, as such, request that 50 percent capacity is permitted. It is likely that discussion on the subject will take place between the game’s representatives and The Department for Digital, Culture, Media & Sport (DCMS) in the coming weeks.

There could be a similar request in regard to County Championship spectators. Although the competition generally attracts a modest number of spectators – a maximum of 3,000 might be expected for a typical day’s play at an early-season match – attendance is probably disproportionately important to many county members, whose fees continue to play a crucial part in the survival of some clubs. News that they will not, at present, be able to attend matches before May 17 will therefore result in frustration.

At present, shops, outdoor zoos and theme parks will be permitted to open from April 12. Cricket is sure to argue that it seems illogical to allow shoppers indoors but prevent a modest number of county cricket spectators watching a match while sitting outdoors. As a result, the ECB may request permission to hold trial events during this period which could result in a limited number of spectators attending Championship games before May 17. The County Championship season is scheduled to start on April 8.

“With outdoor leisure attractions like Thorpe Park, London Zoo and pub beer gardens all allowed to reopen on Monday April 12th, we very much hope that we will be permitted to open up the Kia Oval to some Surrey Members for our first home game of the season, three days later,” Gould said.

“After this, we will continue with a phased reopening of the ground, working towards the government’s subsequent key dates of Monday May 17th and Monday June 21st, when we host a T20 match against Essex.”

The chances of a major reworking of the schedule have diminished, however. There had been talk, in recent weeks, that the counties might seek to amend the domestic schedule to increase the chances of welcoming spectators to the T20 Blast competition which plays such a key role in their cashflow. But with the Blast starting on June 9, less than two weeks ahead of the proposed date for the lifting of regulations, the initial reaction to Johnson’s announcement was that most want to stick to the domestic schedule which has already been published.

There is, however, one other option. It could be that the two rounds of Championship cricket scheduled for the weeks beginning July 4 and July 11 are swapped with rounds of T20 fixtures planned for the weeks starting June 7 and June 14 respectively to optimise the number of spectators at T20 games. This option will be discussed in the coming days.

“The ECB welcomes the Government’s decision to permit grassroots cricket to return across England in time for the start of the 2021 season,” the ECB said in a statement. “We will continue to work closely with the Welsh Government on the return of recreational cricket in Wales.

“We are also very pleased to see the return of spectators to grounds from mid-May. Our leading venues strongly believe they have the technology and know-how to return capacity crowds and we look forward to working in close partnership with the Government to identify ways in which this can be achieved in a safe and controlled manner this season.”

There was also relief around the counties at the prospect of being able to renew the conferencing and events strands of their businesses which make up such an important part of the finances at many of the first-class counties. There will, however, be hopes that the government furlough scheme is extended until June 21, at least, so that staff costs can be minimised until clubs are able to open fully again.

So, there are complications and there is room for improvement. But, after a grim few months, the game can look to the future with more optimism than for some time.