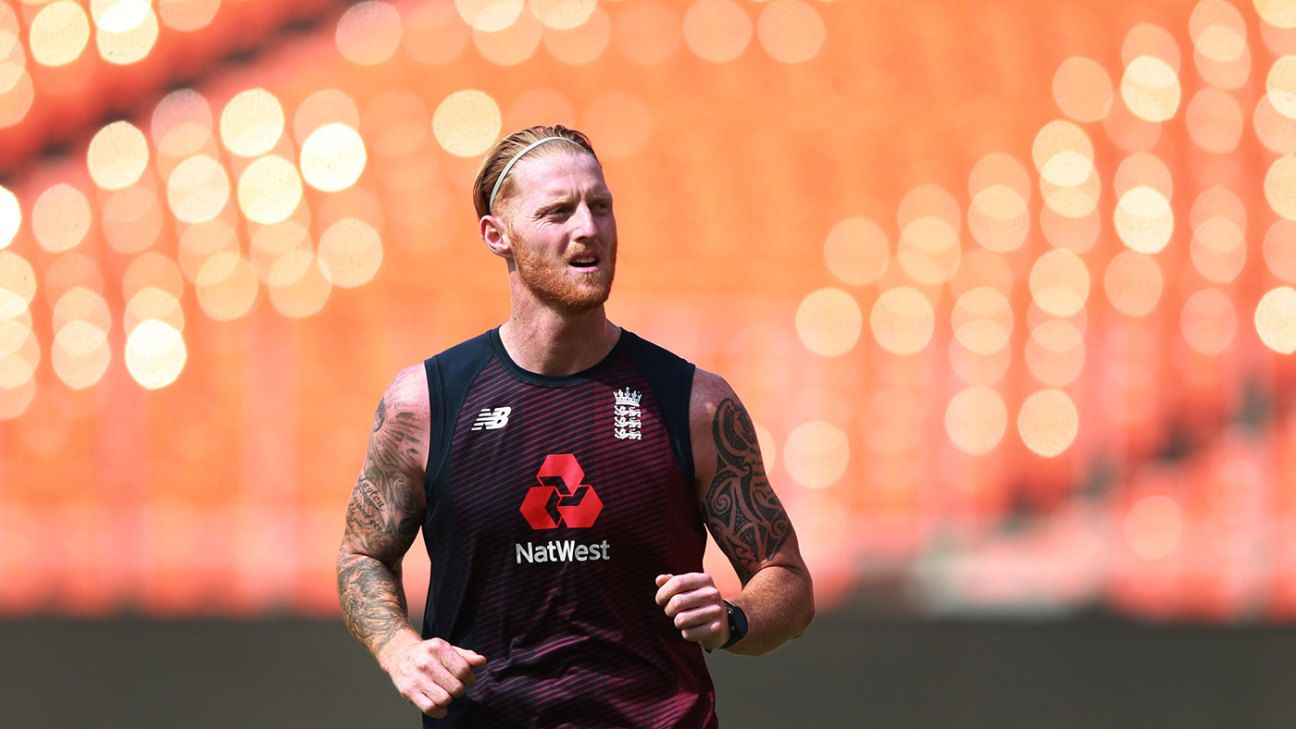 England’s seamers have been “licking their lips” at the thought of using a pink ball under floodlights in Ahmedabad, according to Ben Stokes.

While England succumbed to a defeat by 317 runs in a second Test dominated by the spinning ball, Stokes believes the third could be “a completely different game” with the seamers expected to play a larger role.

Indeed, Stokes claims the seamers’ net session under lights on Sunday had to be abandoned after conditions became “really dangerous” and “a few guys actually got hit”. Partially as a consequence, he feels England have a “great chance” to fulfil one of his career ambitions and establish a series-defining position in the coming days.

“Stuart Broad, Jimmy Anderson and Jofra Archer have been licking their lips, I can tell you,” Stokes told talkSPORT. “It’s a completely different game.

“It was funny in training yesterday, when the lights came on, the nets actually got really dangerous. The bowlers had to stop bowling in the nets because we were actually worried that some of the batters were going to get injured because the ball started jumping off a length and a few guys actually got hit.

“We had to take the bowlers out into the middle to finish their spells. Whether that’s going to be similar in the middle we’re not sure. But you can tell the difference when bowling with a red ball in the normal times you see Tests played to bowling with a pink ball when the lights are on.”

While England’s experience may turn out to reveal more about the quality of pitches in the nets rather than anything about the pink ball, it does strengthen the suspicion that England may revert to an attack including only one spinner in this Test. If that were the case, it would probably mean Joe Root operating as a second spinner to Jack Leach with no recall for Dom Bess.

Anderson looks certain to return with the new ball, with Archer also likely to be recalled having overcome a minor elbow injury. That means Chris Woakes, whose batting could be crucial as England seek to avoid a long tail, could be vying with Broad for the final spot in the side.

Archer, who missed the second Test through injury, revealed in a separate interview that he had had a cortisone injection to help settle an elbow complaint, adding that he had been expecting to sit out that contest anyway on account of England’s rest and rotation policy.

“I tried to use the best of the two-week window,” Archer said. “I could have played the second Test if needed but I was going to be rested anyway so I just tried to get the cortisone injection then so I would have enough time to rebuild for the third Test

“It’s always nice to be in competition for a spot,” he added. “If I don’t get it that’s fine. I would much rather win the Test series than try to play lots of games.”

Stokes also admitted he had been inspired to make improvements in his own game by his captain. Such was Root’s hunger for self-improvement that Stokes said he had rethought his own game-plans and become a more consistent player as a result.

“I look at Rooty,” Stokes said. “He’s one of the best players in the world. I’m going to say it now: he is England’s greatest batsman to play the game.

“But he’s still looking at ways to improve as a player and a captain. It’s amazing to watch someone with his skill doing that. Even as a senior player, I look up to how he’s always trying to improve. That’s what I do: I always try and evolve and try to work things out to become a better player. No one is ever the finished article. There’s always room for improvement with every player.

“I got rid of the ‘this is how I play’ excuse massively – in terms of always looking to be aggressive or attacking – when I realised that was just an excuse for when failures happen.

“Every now and then the ‘that’s how I play’ mind-set would work and pay off ,and I’d do some decent things. But not as consistently as I can now. I expect a lot more of myself these days compared to back then.

“Once I got rid of that mind-set, I had more understanding of the game situation. I understood when I needed to change the way I play in terms of being a little bit more defensive because, in the long term, that could be better for the team.

“So, [I understood that], if I stay in longer and survive the tough bits, then I can go up into fourth or fifth gear.”

While winning the Ashes in Australia remains one of Stokes’ key ambitions, he feels winning in India would represent just as big an achievement. And, with the series poised at 1-1 and the prospect of a match in which seamers could play a prominent role ahead, he feels the next couple of weeks presents “a great chance” for England to secure a rare series victory in India.

“I still need to tick off another two: Australia in Australia and India here. But we’ve a great chance to do that over the next couple of weeks.”

To follow the action from India, download the talkSPORT app, re-tune your DAB radio, listen at talkSPORT.com or tell your smart speaker to ‘play talkSPORT 2’. Coverage starts at 8am with live play from 9am.