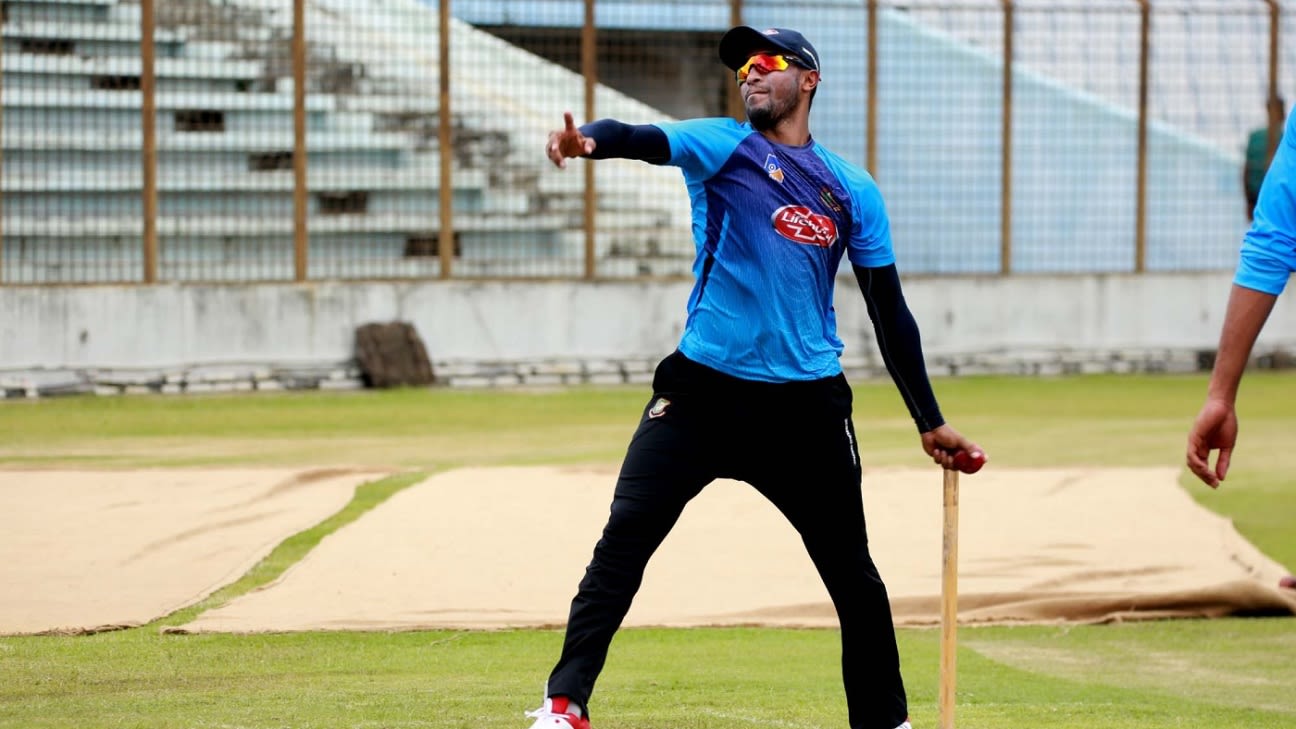 The timing of Shakib Al Hasan‘s request to the Bangladesh Cricket Board to allow him a longer stint in the IPL has left the board president Nazmul Hassan “disappointed”, and it has prompted the BCB to ask players to specify their availability in their annual contracts this year.

Shakib had written to the board to ask for leave from Bangladesh’s home Test series against Sri Lanka, which was ratified last week. It was a significant move in the context of the BCB’s previous stand on similar matters, where they ranged from being cautious about giving NOCs to not entertaining any request.

Hassan said that players would now be allowed to play in franchise-based competitions but that once they signed the central contract, which is now split between red- and white-ball players, they would have to commit to playing for Bangladesh.

“We will enter into a new contact with the players (for 2021),” Hassan said. “It will be mentioned clearly who wants to play which format. They have to inform us. If they have any other engagement, they have to be clear about their availability. It is very open. Previously, it depended on individuals but now we are confirming it in writing, so that nobody can say that they haven’t been allowed or we kept them forcefully.”

Hassan said that while Shakib’s previous reluctance towards Test cricket was tackled by giving the player more responsibility, this time the board decided they didn’t want to hold back a player if he didn’t want to be there.

“When someone says I don’t want to play the next Test, and play in a franchise T20 league, it becomes very clear that we can’t do much with them.”

“Couldn’t we have stopped Shakib from going (to the IPL)? He may have played but we don’t want that,” Hassan said. “We want only those to play, who really love the game. We have tried to keep him interested. When Shakib had declined to play Tests three years ago, we made him the captain.

“I didn’t like the timing of it. He was among the players I expected would take charge of the difficult situation. It was disappointing.

“We have lost against Afghanistan, India, Pakistan and West Indies. Especially after losing to West Indies at home, I would have imagined everyone being desperate to play the next Test series. But when someone says I don’t want to play the next Test, and play in a franchise T20 league, it becomes very clear that we can’t do much with them.”

Despite the BCB chief’s strong reaction, ESPNcricinfo understands that the rationale behind the decision to let Shakib go was also based on the fact that the Bangladesh-Sri Lanka Test series is essentially a dead rubber in the World Test Championship, with neither side in contention for the final. It is also true that Shakib has been a reluctant Test cricketer for a while, and the BCB decided to let him go, perhaps with the larger aim of having him available for the major white-ball tournaments that Bangladesh will play over the next three years.

Powar says with India ‘evolving’ in T20Is, player roles in the XI will be fluid
Clean Hands: The best catches of the Dettol T20Is
Ireland’s chance to improve on near-misses as they gear up for South Africa
Chris Gayle To Play In 2nd Edition Of Legends League Cricket
Kurtis Patterson returns to Sydney Sixers in BBL