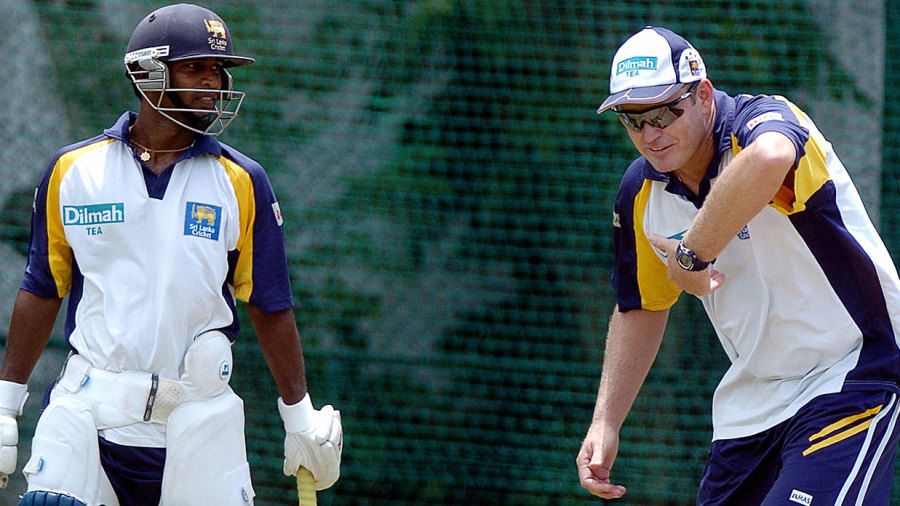 Tom Moody has been lined up on what is understood to be a three-year contract to become Sri Lanka Cricket’s director of cricket, a newly-created role that will oversee almost every facet of the game in the country. The appointment will seek to utilise Moody’s experience working within cricketing structures in Australia, England and India to keep Sri Lankan cricket up-to-date with the latest technological advancements and best practices in the sport.

De Silva heads up a sports ministry-appointed technical advisory committee overseeing the development of cricket in Sri Lanka – informally known as the cricket committee. Alongside him in the committee are former cricketers Roshan Mahanama, Muttiah Muralitharan and Kumar Sangakkara. Among their first moves has been the recommendation of Moody.

Moody enjoyed a successful spell as head coach of the Sri Lankan national team from 2005-2007, most notably helping the side to the 2007 World Cup final, and de Silva believes this experience will provide him with the right tools for the job at hand.

“We’re a committee and we need someone responsible and neutral working on certain areas with an open mind, who understands the culture, the players, the country’s culture, someone who’s been around. We need to blend and get the administrative side as well as the cricketing side.

“He’s got a lot of experience and understands more things about what some of the other countries are doing right, and we need to get the best things out of those countries that will suit our culture and then implement those.”

If all goes as planned, Moody, who is director of cricket at Sunrisers Hyderabad, will take up the position as soon as the hire is ratified by the SLC Executive Committee. Moody’s contract will allow him to split time between both roles, while SLC is expected to come out with a final decision on the appointment sometime over the next week.

The position itself is an overarching one, the specifics of which are yet to be ironed out. What is clear is that Moody will have the mandate to address any areas that he feels is in need of attention, in consultation with the cricket committee, national team coach Mickey Arthur, head of coaching at SLC Jerome Jayaratne, and any other appointments that are made going forward.

“He’ll come in and work with the existing lot, and we will then see if we need anymore people in specialised areas, depending on the gaps we need to fill. The reporting lines will be finalised once we understand the existing structure. All the areas will come under the Director of Cricket – one coordinating person,” de Silva said.

“A lot of areas [will be covered]. On the medical side, reporting on fitness, who will be monitoring those things and driving it all the way down to grassroots. We have to put all those structures in place, that’s why it’s for three years. These things cannot be done overnight, it’s a long-term plan which we need to implement.”

There has been renewed enthusiasm for revamping Sri Lanka Cricket of late, much of it spurred on by the appointment of the Sri Lankan President’s nephew, Namal Rajapaksa, as the country’s sports minister. Rajapaksa, an athlete in his own right having captained the Sri Lankan national rugby team, has moved swiftly since his appointment.

He set up the National Sports Council headed by former Sri Lankan captain Mahela Jayawardene in August. Earlier this month, he signed off on the cricket committee headed by de Silva. The decision to bring in a director of cricket is understood to have been agreed upon “unanimously”.