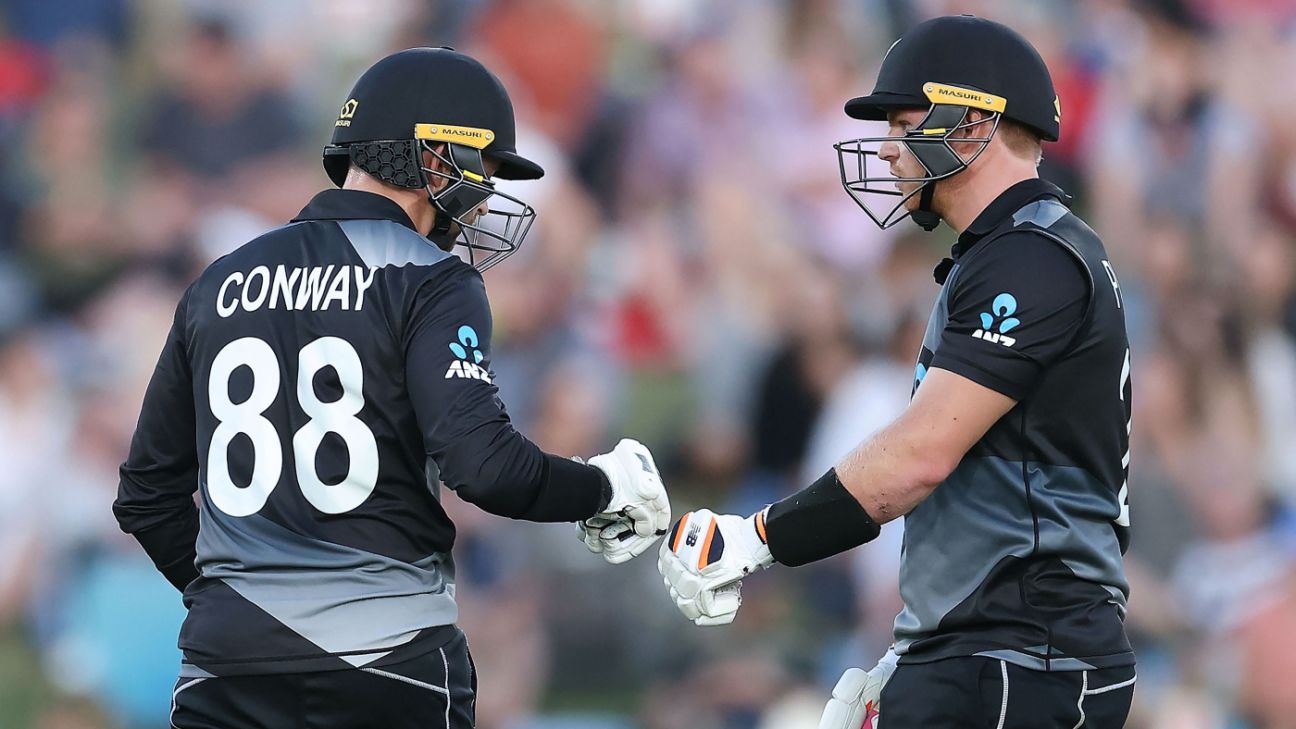 It seems strange that for the two teams who played the first ever T20I – in Auckland 16 years ago, complete with some questionable hairstyles – and are a few hours away from each other that this match will be just the 10th time they have met in the format.

Over the next two weeks, there is a chance to play a bit of catch up with a five-match series – the first time Australia have played one of such length in T20Is. The visitors will come almost straight out of managed isolation onto the pitch although they have been able to train over the last couple of weeks. For those in good form in the BBL (which is most of the squad) they will hope that hasn’t worn off while captain Aaron Finch, who had a tournament to forget, will hope to emerge refreshed.

New Zealand have already had six T20Is this season against West Indies and Pakistan – in total their summer includes 14 with matches still to come against Bangladesh – although their ranking of No. 6 is their lowest across the three formats as they build towards the World Cup later this year in India. However, the form of Devon Conway, Tim Seifert and Glenn Phillips this season has brought considerable dynamism to their batting.

Unless the India-England Test series result goes the way Australia need it to, the vast majority of this year is almost purely T20 focussed following the postponement of the tour of South Africa. It should be a valuable trip for Finch’s team as they assess options for the World Cup: in top-order batting and quick bowling, they are especially well stocked.

This opening match of the series in Christchurch will be the first night international staged at the ground which has recently completed the installation of floodlights. The contest comes on the 10th anniversary of the 2011 earthquake which struck the city and the captains and coaches from both teams will lay a wreath at a memorial service during the day.

There is likely to be a head-to-head between two newly-minted IPL millionaires with Jhye Richardson and Kyle Jamieson expected to line-up for their respective sides. For Richardson it would be his first international appearance in almost a year and just his second since dislocating his shoulder in early 2019. He comes into the series off the back of being the leading wicket-taker in the BBL. Jamieson has only played four T20Is so far but that did not stop Royal Challengers signing him up for INR 15 crore (USD 2 million approx/NZD 2.7 million) in the auction last week.

Australia will be coming across Devon Conway for the first time. While there are very few secrets in international cricket, and they will have been able to do their scouting, he’s a batsman in red-hot form. He scored 174 runs in his first four T20I innings against West Indies and Pakistan and heads into this series on the back of 50, 69*, 91* and 93* in the T20 Super Smash. His current T20 average of 43.18 puts him second behind Babar Azam for batsmen to have played at least 50 innings.

Only quick bowler Lockie Ferguson is missing from what would be New Zealand’s first-choice T20 players having suffered a stress fracture of his back earlier in the season. Martin Guptill has passed a fitness test and been given a vote of confidence form-wise after a lean season.

Finch did not confirm anything the day before the game, although earlier in the tour he said that the uncapped Josh Philippe would come into the top order. The No. 6 spot remains up for grabs and it could be a decision between Mitchell Marsh and Ashton Turner to begin with, although the large squad gives plenty of options. The same goes for the bowling attack although the two Richardsons – Kane and Jhye – would seem the most likely to feature. If left-armer Jason Behrendorff plays it would be his first international since the 2019 World Cup.

Hagley Oval has only staged one previous men’s T20I and this will be the first night game at the venue, but it is usually a true surface. The forecast is set fair.

“We know we are up against a very strong opposition, whatever Australian team is put out is strong. They do have the majority of their consistent T20 side there with also the opportunity of bringing in a lot of talented youngsters. We’ve been able to do that in a similar fashion throughout our summer so it should be really exciting.
Kane Williamson

“Theirs was a squad we were expecting. A lot of experience there, a lot of world-class players, you’ve got Williamson leading the side with Martin Guptill at the top of the order who’s a great white-ball player, then you’ve got the experience of Boult, Southee, Santner, Sodhi, Jimmy Neesham as well. It’s a very settled and experienced side and we’re going to have to be at our best to win.”
Aaron Finch