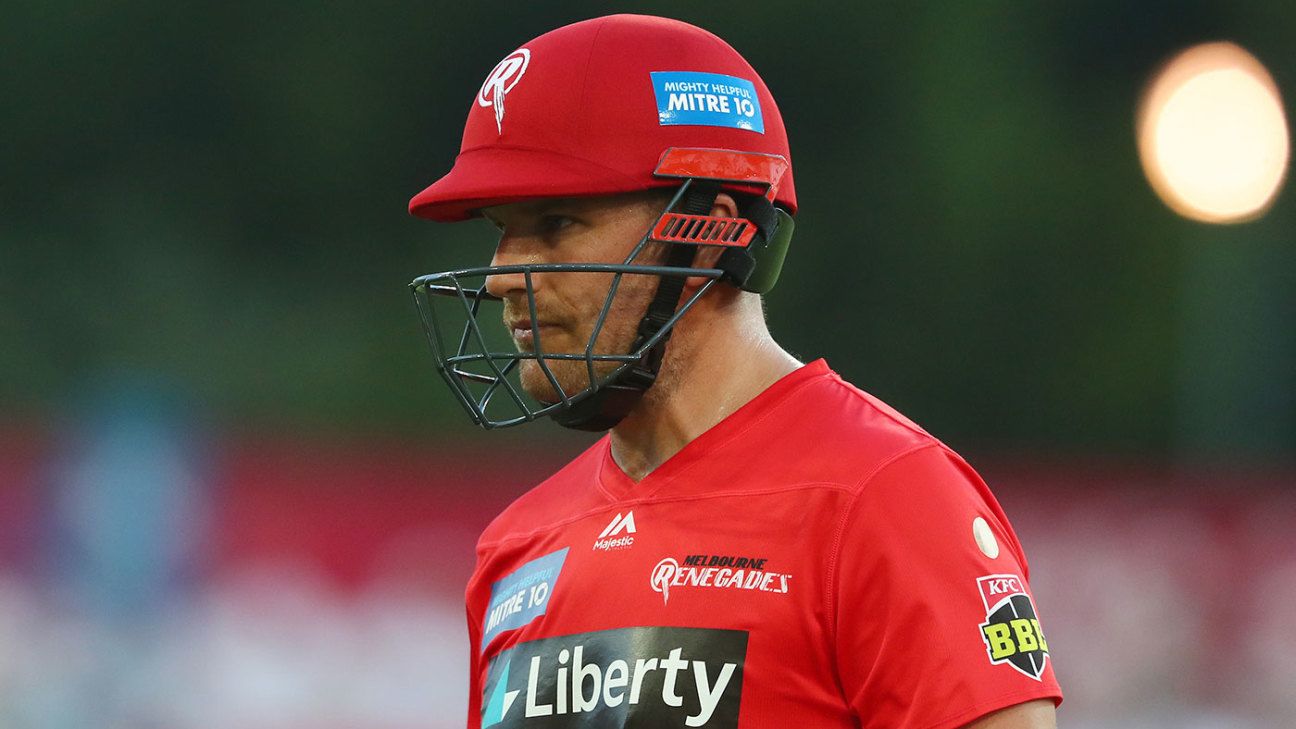 Australia’s captain Aaron Finch believes a technical tune-up during quarantine ahead of the T20I series against New Zealand has given him the chance to atone for a grim BBL that saw him go unsold in the IPL auction, while at the same time hoping the tourists have planned assiduously enough for Martin Guptill to prevent the opener from doing likewise.

Finch and Guptill have had similarly underwhelming lead-ins to the series, the latter also battling a hamstring complaint that kept him out of Auckland’s last two domestic T20 games. A paltry return of 179 runs at 13.76 across 13 innings for the Melbourne Renegades left Finch with plenty of thinking to do in hotel isolation in New Zealand, and he concentrated ultimately on ensuring he remains light on his feet in the series that start on Monday evening. Whatever the outcome, it will be too late for IPL clubs who passed over Finch at the auction, freeing up time at home.

“It would’ve been nice to be playing again, it’s an amazing competition to be a part of, but it wasn’t unexpected that I didn’t get picked up to be honest,” Finch said. “I’d prefer to be playing cricket, but a little bit of time at home might not be the worst thing, having quite a full schedule since August when we left for the UK and a few times in quarantine and a lot of times in hubs and bubbles, I think just getting home and recharging the batteries might be nice. I know my wife’s definitely looking forward to it.

“I’ve been working on a few little technical things, trying to get a little bit less weight on my front foot. At times I can be a little bit flat-footed and my feet get planted and then I struggle to move again. I have my initial movement and then I get a little bit stuck. I’ve talked a lot and worked a fair bit with Andrew McDonald, who I go back to every time things don’t seem quite right and he seems to sort it out pretty quick, so it’s been nice to have a good chunk of training and focusing on a few little technical changes.”

Assessing Guptill, Finch argued that he was the sort of batsman who could flick the switch from struggling to thriving with one innings or even one sweetly struck shot, meaning the Australia new-ball brigade, including the IPL-bound Jhye Richardson and Riley Meredith, would need to be as sharp as possible in the opening exchanges.

“He’s a great player, had a lot of success in one-day and T20 cricket, he’s played some great knocks against us as well,” Finch said. “With guys who are so dynamic at the top of the order, that sometimes can take one shot, one innings and they’re back flying again. So he’s someone we’re doing a lot of planning for, a lot of preparation, so you never take anyone with his quality and skill lightly.

“They’re a well drilled, quality side, they do the basics really well, so we’ve been watching them, watching a bit of videos of the guys we might not have seen a huge amount of or played a huge amount against, to keep getting as much information as we can and making sure that our plans are as solid as they can be leading up to game one.”

Richardson, Meredith and Josh Philippe are chief among the young names in the squad, with the wristspinner Tanveer Sangha another. Finch had been quite clear on what the team’s batting order would look like on arrival in New Zealand, but was a little more circumspect the day before hostilities began.

“The first aim is to win the series but there’s also a bit of information grabbing throughout the series with guys in some different roles potentially,” he said, “but our No. 1 focus is to try to win the series. We’re coming up against a great New Zealand side, quite experienced as well, so we’re going to have to be on our game.”

Australian cricket is currently in a somewhat introspective mood, as strategic discussions around various elements of the game gather pace. Finch was queried on the shape of the domestic limited-overs competition, which has slipped further and further down the order of priorities since the start of the BBL in 2011, and conceded life had got tougher for selectors, coaches and captains to get a good reading on who their best 50-over players were.

“The amount of cricket domestically we play compared to everyone else around the world is chalk and cheese,” Finch said. “Compared to other countries playing 10 plus games every year, that’s something I’d love to see players playing more, particularly young guys who are still trying to learn their craft and learn the best way for them to go about playing 50-over cricket with ball, bat, spinners.

“Obviously this year is totally different with Covid and everyone understands that, but I’d love to see more get played. I think when I first started playing it was 10…so by the time I was 24 I’d played maybe 40 or 50 games, whereas guys now might’ve played 15 during that period.

“I think it’s one of those things we’ve got to relook at again and try to find some different ways to go about it to play deeper one-day cricket into the season. I think having it all done by September/October and then playing no one-day cricket until the same time next year it’s not ideal.”

Finch and the acting head coach Andrew McDonald will represent Australia’s squad at a memorial service dedicated to the victims of the Christchurch earthquake on Monday, 10 years after the event.