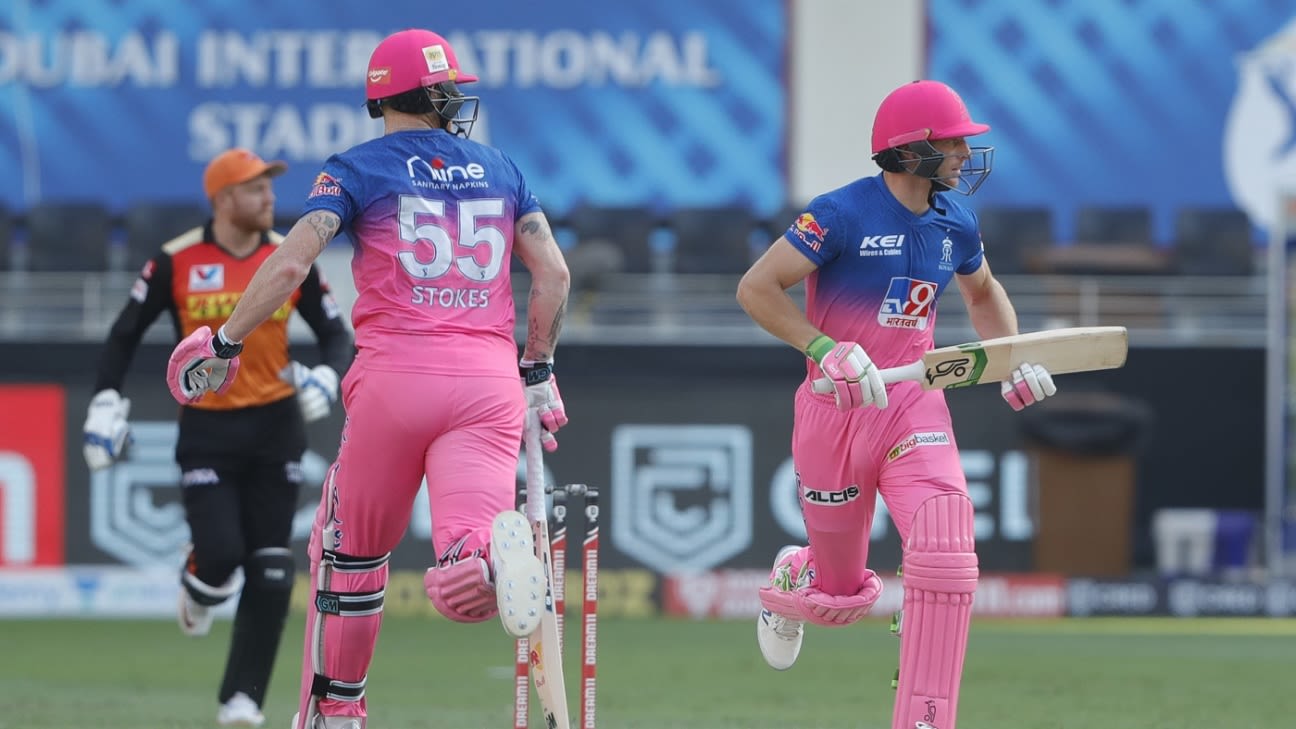 Kumar Sangakkara says that Rajasthan Royals are confident of getting first refusal on the availability of England’s trio of star players – Ben Stokes, Jofra Archer and Jos Buttler – during this year’s IPL, even if their potential involvement in the play-off phase causes them to miss the Lord’s Test against New Zealand.

Although the dates of the IPL have yet to be confirmed, it is anticipated that the final rounds will take place in the first week of June, which means that England’s trio stand to miss the visit of New Zealand – the current World No.1 Test team – for at least for the first Test, between June 2-6, and depending on flights and quarantine periods, the second at Edgbaston as well, from June 10-14.

Although the ECB’s attitude towards the IPL has softened in recent years, particularly in light of England’s victory at the 2019 World Cup, the notion of the tournament taking precedence over a Test match is a line in the sand that has not previously been crossed in the 12 years since England’s players were first permitted to take part.

Sangakkara, however, is in no doubt where the balance of power lies, following what he described as a “tripartite” discussion between the BCCI, the ECB, and the franchises, the results of which were relayed in an email last week which stated clearly that franchises were “requested” to release non-starting players for Test selection, but that no such obligation existed for core team members such as Stokes, Archer and Buttler.

“The feedback we got was that they should be available for the whole tournament and we’ve structured our strategy with that in mind,” Sangakkara said.

“We did get Liam Livingstone as cover. He’s had a really good Big Bash. He’s improved in leaps and bounds. His spin-playing ability has increased, he can bat in the middle and at the top of the order and he’s going to have a month in India before the IPL starts with the T20 side.

“But in terms of availability, at the moment they’re there for the whole tournament. They’re a crucial core in terms of overseas players and we’ve built our strategy around them.”

Speaking in the wake of this year’s IPL auction – in which the South Africa allrounder Chris Morris became the highest-paid member of the Royals squad – Sangakkara stressed that he saw the England trio as the central plank of their strategies for the foreseeable future, even when the tournament undergoes its periodic rejig at next year’s mega-auction.

Although the details for the 2022 auction are still to be confirmed, with the prospect of extra teams also being added to the mix, it is thought that franchises may be permitted to retain up to three squad members from their existing lists, as well as have the right to match any bids for further key players.

“I have no doubt they’re three of the most valuable players in the world,” Sangakkara said. “They’re three players who know how to deal with pressure, who’ve proven time and time again their excellence out in the middle.

“Jos Buttler is extremely adaptable in the way he plays. He’s one of the few I have seen, alongside AB de Villiers, who can do that role. Archer is a superstar. He was the most valuable player in the IPL last season. And Stokes, there’s nothing else you can say about Ben Stokes other than that he’s exactly the type of player any side would want.

“We’re very happy to have them as our core. They’ve been with Rajasthan for a while now. There is a big auction next year, but they’ll definitely be part of the core that Rajasthan build their strategy around, not just this year but once the big auction comes, there will be a big focus on them remaining here.”

‘We’ve rebalanced our side, Chris Morris fills an important role for us’ – Royals CEO McCrum

Rajasthan’s strategies in the 2020 season varied significantly from match to match, particularly at the top of the order, with Buttler relinquishing his opener’s role to Stokes following the latter’s late arrival at the tournament, a decision that paid off with Stokes’ 59-ball century against Mumbai Indians.

And Sangakkara hinted that that approach might continue into the 2021 season, a development that could have knock-on effects for England’s plans leading into the T20 World Cup in November.

“Stokes has historically been a player who has been extremely impactful in the middle order and Jos at the top. [But] Buttler is the more adaptable player,” Sangakkara said. “We’re looking at him in the role where he can do either [top or middle] and fit into that core role of being our linchpin batsman around whom we have everyone else.

“There is quite a marked difference in terms of strategy and rules when it comes to international cricket, although there are instances where a little move in a franchise might free up a player to do something different,” he added. “But what you need is clarity, in terms of what you’re doing here, and what you’re going to do for England, and enough preparation between the two to get your game in order.”