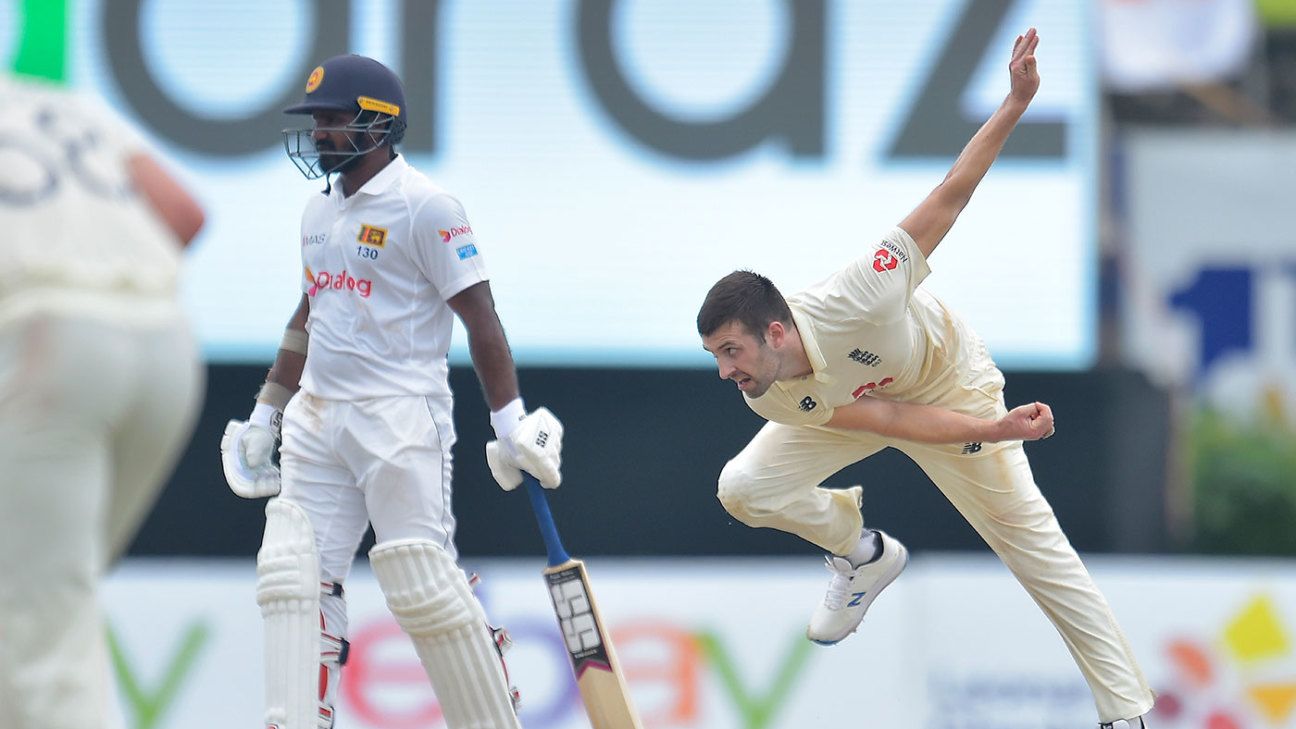 Mark Wood has backed the ECB’s policy of resting and rotating England players throughout their lengthy winter tour of the subcontinent, despite a much-changed side falling to defeat in the second Test in Chennai and subsequent criticism about the handling of Moeen Ali’s departure from the squad.

Wood has just completed his period in quarantine after flying out to India, having been rested for the first two Tests of the series, and will reinforce England’s pace-bowling options ahead of the day-night game in Ahmedabad – amid hopes that a more seamer-friendly game at the reconstructed Motera ground can help the tourists bounce back after being thrashed by 317 runs on a turning pitch earlier this week.

England are attempting to balance the demands of several months on the road, and life in a succession of bio-secure environments, with a schedule that will see them contest 17 Test matches – including an Ashes series – as well as a T20 World Cup in 2021. Wood said the ECB stance should be seen “as a positive” and suggested it was the best way to get the most out of England’s playing group in the long run.

“There’s a lot of cricket this year,” he said. “When you have such a unique position, where we’re in bubble after bubble and time in hotel rooms and away from family, I think the ECB have made a good decision and are looking after players. I know it’s come in for criticism but from my point of view, especially as a multi-format player, when would you get that break or that switch-off, or would you be able to keep performing at the level required, if you’re mentally tired or physically tired?

“So it’s good that different people are getting breaks at different points, it allows you to use different players for what’s coming ahead. We’ve got a massive squad and huge depth of talent, so it gives an opportunity for everyone. And you just got to try and take your opportunity when it’s your turn.”

Following the defeat at Chepauk, England’s head coach, Chris Silverwood, was prompted to defend an approach that has allowed players such Moeen and Jos Buttler to miss Tests in India despite planning to feature in the IPL.

Former players such as Kevin Pietersen have lambasted England for not putting out a full-strength team but Wood, who withdrew from this week’s IPL auction in order to prioritise time with his family, denied any suggestion that Test cricket wasn’t being given the same billing as T20.

“No I don’t agree with that,” he said. “If things had been different or we didn’t have so much cricket, or there wasn’t these bubbles, I think we would play our best team as much as we could. We have to go down that route because of everything going on and we should maybe see it as a positive, that the ECB are looking after their players in that way. Other nations might follow this, down the track if coronavirus was to keep going.

“You look at both sides of the argument. I get why people are saying that but from within the playing group I think it’s seen as a positive. Of course you want to play every game, and you don’t want to be rested and rotated, especially if you’re doing well. But in the long run, the endgame, especially for the multi-format players, is to make sure that everyone’s fresh and raring to go.”

Wood agreed that, without breaks, some players could be susceptible to burnout, although he added there was recognition that “we’re very lucky to do this when people are struggling at home”. On the subject of the IPL, Wood admitted to a sense of unfinished business, having played just once for Chennai Super Kings during the 2018 tournament, but said that during a busy year he wanted to put his family and England first.

England’s quicks had their first training session at the new, 110,000-seater stadium in Ahmedabad on Friday, and were encouraged by the swing and durability of the pink SG ball; the sight of plenty of grass on the pitch, albeit several days out from the game, led Jofra Archer to tweet simply: “Showtime!”

Archer missed the second Test with an elbow problem, with Olly Stone impressing as the team’s designated pace man. But Wood, who played both Tests in Sri Lanka last month, returns hoping to push for selection in more hospitable conditions: in the one previous day-night Test held in India, the home side’s pace attack shared 19 wickets, a fact that had not gone unnoticed by England.

“We have heard that, and the wickets today in the nets were a little bit green and had good pace and carry in them,” Wood said. “I don’t know if that’s anything to go by or if it’s a bit of a trick. As soon as the ball moves, we know how good our seam bowlers can be so we’ve got good depth there, good skills, and two of the best ever [in James Anderson and Stuart Broad]. Hopefully if the ball does move and it is seamer-friendly, we can be very confident going into the game.

“Using the momentum I felt I had from Sri Lanka, that last game where I picked up a few wickets and I felt I bowled well, I’ll be trying to just get back in that groove and rhythm. It’ll take a couple of sessions to get back off the long run and feel good again but with this pink ball, it’s a good opportunity in a new stadium to show what I can do. But, you know, as soon as the ball moves, every one of the bowlers is dying to get it in their hands. So I’m not the only one trying to get hold of it.”

“Every Time In Big Finals…”: Harmanpreet Kaur After CWG Final Loss vs Australia
Tamim becomes first Bangladesh batter to reach 8000 ODI runs
Avesh and Arshdeep dominate WI batters as India take unassailable 3-1 lead
Mushfiqur returns for Bangladesh as early start prompts Zimbabwe to bowl
Raza: I may not be a fighter pilot, but I am a fighter within myself