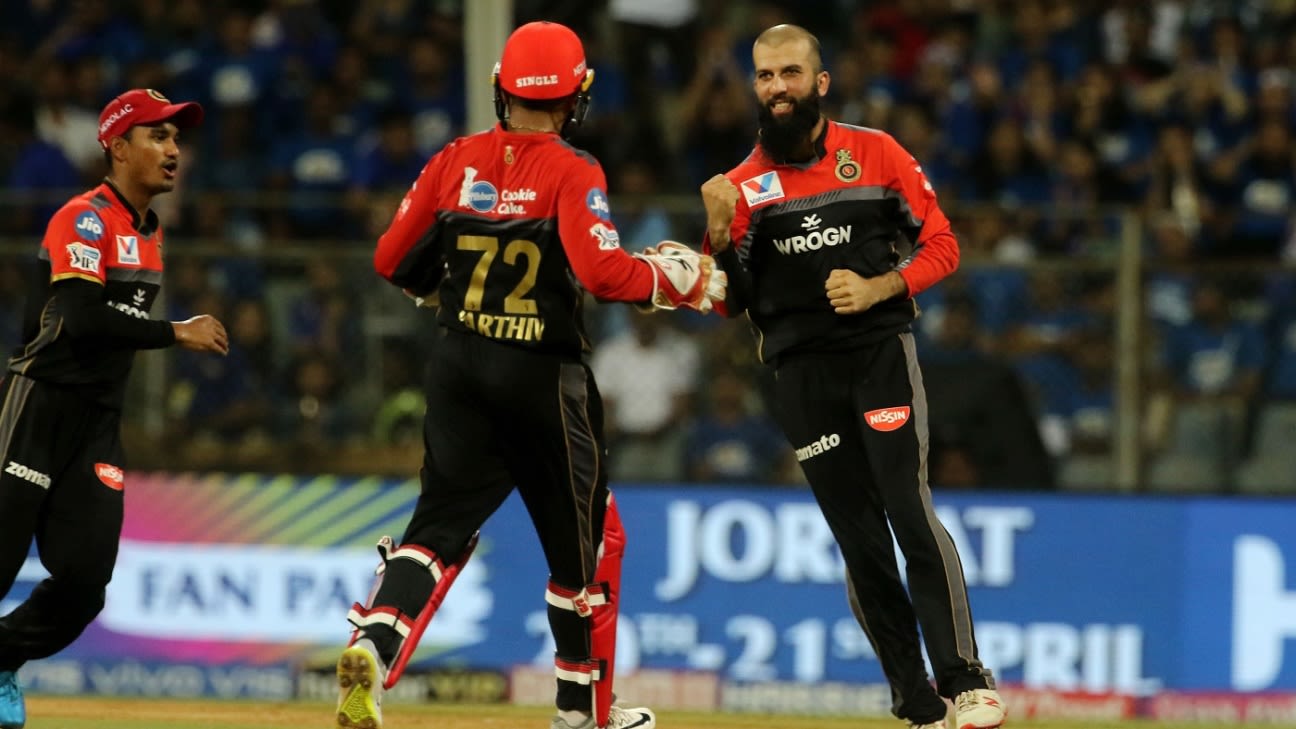 Moeen Ali has ended a difficult week in India on an unequivocal high, after being picked up for Rs 7 crore (US$959,000) by Chennai Super Kings at the IPL auction.

The price tag is almost four times the figure that Royal Challengers Bangalore (Rs 1.7 crore; US$265,000) paid for Moeen in 2018, and marks an immediate return to the tournament after he was released by RCB at the end of the 2020 season.

Having entered the auction at a base price of Rs 2 crore (US$274,000), Moeen was the subject of significant interest from the newly rebranded Punjab Kings before being secured by CSK, where he will link up with his fellow England allrounder Sam Curran.

CSK are in the progress of a rebuilding phase, after failing to reach the IPL play-offs for the first time in the competition’s history, and the signing of Moeen came after they had narrowly missed out on the services of his fellow spin-bowling allrounder, Glenn Maxwell, who was picked up by Moeen’s old franchise, RCB, for Rs 14.25 crore (US$1.95million)

L Balaji, CSK’s bowling coach, said of the signing: “We were focusing on an allrounder and power-hitting. Moeen is a good buy. He is handy with the ball and also can bat in the top order. [Shane] Watson gave us that flexibility in the top order. Now Moeen gives us depth and the option of a dual role – [I’m] 100% sure he’ll fill in what we’re looking at.”

Moeen’s IPL credentials are likely to have been enhanced by his performance in the second Test against India at the Chepauk Stadium this week, where he claimed eight wickets in the match – his first Test appearance for 18 months – then signed off with an explosive cameo of 43 from 18 balls in the final moments of India’s 317-run win.

Either way, Moeen’s involvement in the tournament is a boost to his prospects of playing a major role in England’s T20 World Cup campaign, which is also due to be staged in India at the end of the year. Moeen was part of the squad that toured South Africa in December, but was left out for all three T20Is as England opted to field a single frontline spinner.

Though he has been named in England’s T20I squad for their five-match series against India next month, Moeen’s departure from the Test squad this week attracted controversy when it was implied by Joe Root, England’s captain, that he had “chosen” to go home rather than compete for a place in the final two Tests, with the series currently locked at 1-1.

Root subsequently apologised to Moeen, as did England’s head coach Chris Silverwood, who acknowledged that a request had been put in for Moeen to stay on tour, but that his absence from the Ahmedabad Tests had been decided by the ECB in advance, in accordance with their rest and rotation policy.

The request had been put in by England as a consequence of Moeen’s disrupted winter schedule. He contracted Covid-19 on arrival in Sri Lanka in January and was required to spend a fortnight in quarantine, as a consequence of which he missed both Tests at Galle as well as England’s victory in the first Test against India in Chennai.

Moeen’s reluctance to accede to England’s request stemmed in part from the prospect of him picking up a new IPL contract, which would have meant a stretch of five months away from his young family, with the tournament due to end in the first week of June.

Moeen was the star attraction among English players in the opening rounds of the auction. Dawid Malan, ranked the world’s No. 1 T20I batsman by the ICC, was signed by Punjab Kings for Rs 150 lakh (US$204,000), while Jason Roy, Alex Hales, Sam Billings and Adil Rashid were all unsold at the first time of asking. Mark Wood withdrew from the auction on Wednesday.

Liam Livingstone to make England Test debut against Pakistan
Pat Cummins: There are no cowards in the Australian team
Starc: I have a pretty good relationship with Langer
First Test could be delayed by 24 hours after illness sweeps through England squad
James Anderson feels the rare thrill of the unknown ahead of Pakistan Test bow