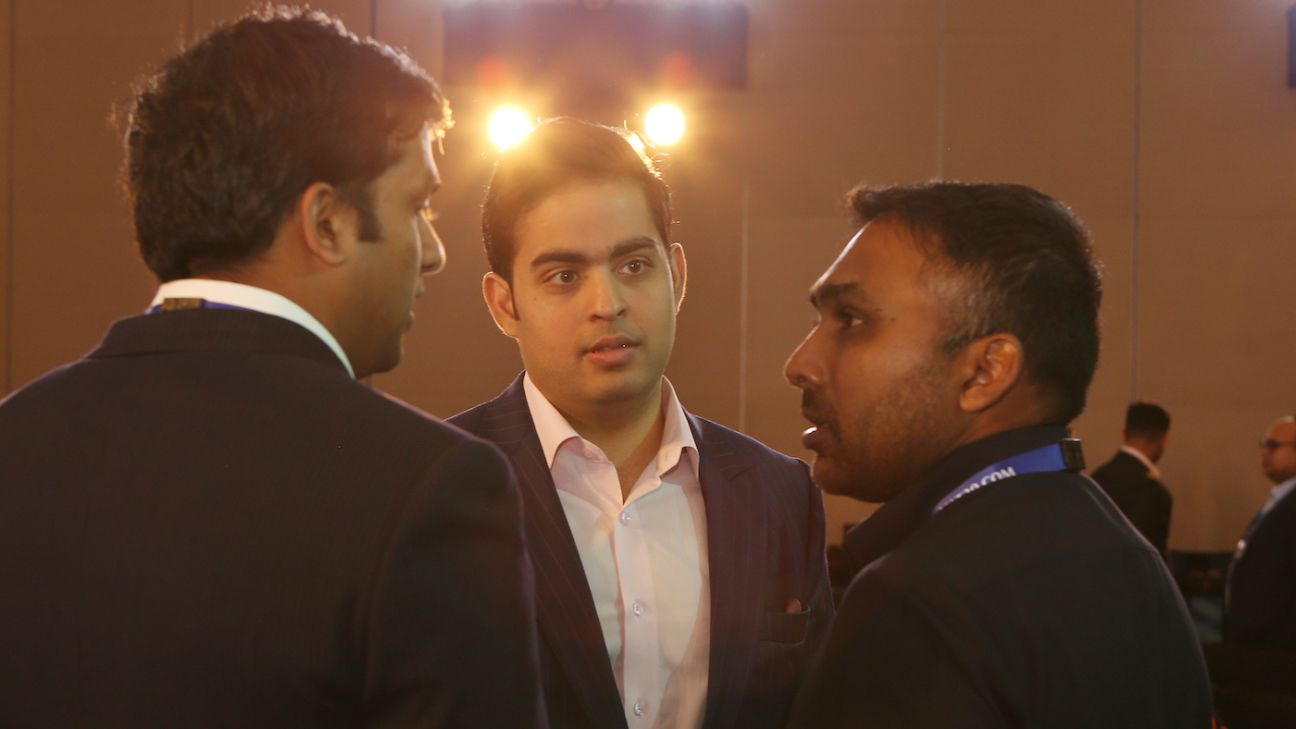 Former Sri Lanka captain Kumar Sangakkara was straightforward and open about a number of aspects surrounding the IPL and his new role as Rajasthan Royals’ Director of Cricket. It wasn’t until he was asked about plotting and planning against his good friend Mahela Jayawardene, the Mumbai Indians head coach, that he finally broke into a chuckle. The two, who were part of many big moments in Sri Lankan cricket history, are now at the helm of two IPL winning sides but won’t get to work with top talent from their country in this year’s edition.

Lasith Malinga’s decision to retire and Royal Challengers Bangalore’s decision to release Isuru Udana ahead of the auction has meant no Sri Lankan player will be part of the league for the first time in its history. For the record, Udana, Kusal Perera and Thisara Perera all went unsold, while rookie Jaffna leg-spinner Vijayakanth Vilasanti, who impressed in the inaugural Lanka Premier League, made it among the 298 players that were shortlisted to go under the hammer.

While the non-selection itself may be down to a number of factors, like auction dynamics and player availability, Jayawardene expressed disappointment at the lack of fast bowling options in Sri Lanka, the one variety that was in much demand.

“I think we still have the representation, so we’re happy (joking about him and Sangakkara being in the IPL),” Jayawardene said in jest. “But yeah, a bit disappointed. I’m sure a few of the guys were on the radar, but I think it’s a tough place because you’re looking at 20-odd slots for the overseas players and majority of the slots were for those fast bowlers and all-rounders, which I think Sri Lanka lacks a little bit of that.

“But I’m sure the younger generation will come through and till then, it is disheartening but that is what it is. IPL is a place where you try and get the best players in world cricket to come and play. And it’s a good message for the Sri Lankan players to lift their game up, get competitive, so they could be part of the IPL on their merit.”

Sangakkara, meanwhile, had a slightly different take. He underlined the unpredictability of Sri Lanka Cricket’s tour programme as one of the reasons for a number of Sri Lankan players not being in demand. As things stand, Sri Lanka are due to host Bangladesh for a Test series, which is part of the World Test Championship, next month, which means a potential clash with some portion of the tournament for those picked.

Other external factors like quarantine periods would’ve potentially hampered plans for franchises. That said, in any case, the participation of Sri Lankans in the IPL has dwindled over the years. In 2019, for instance, Udana was the only player in the league after Malinga chose to skip for personal reasons.

“I think there were some fantastic players in that tournament (LPL) and in Sri Lanka, but the crucial thing here is the unpredictability of SLC’s tour programme, where it’s hard to predict how long players can be available,” Sangakkara said. “If they have to leave at some point during the IPL season, it kind of adds a bit of volatility that franchises want to shy away from. That’s why you see lack of Sri Lankan players this IPL, definitely not because they don’t have the capability.”