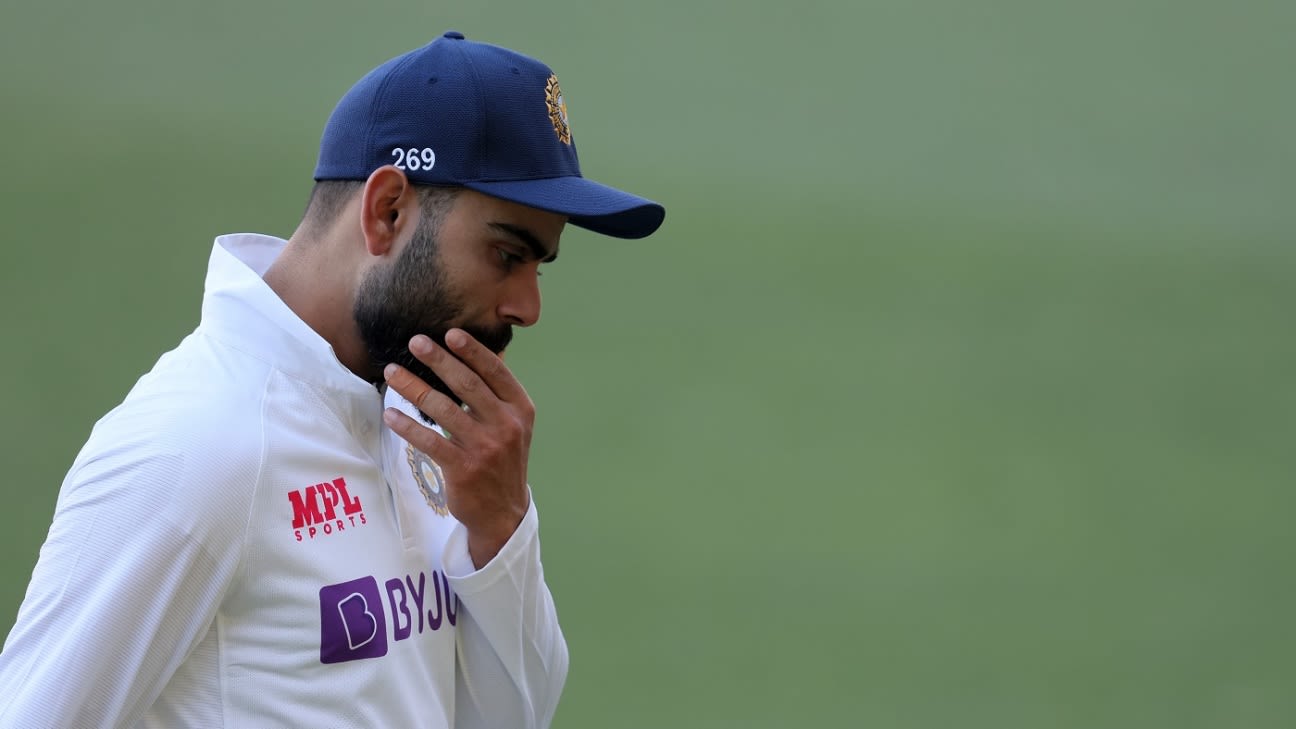 Virat Kohli felt like the “loneliest guy in the world” when he went through a stretch of five Tests on the England tour in 2014 without a half-century. He made this revelation in a chat with Mark Nicholas on his Not Just Cricket podcast.

“It’s not a great feeling to wake up knowing that you won’t be able to score runs and I think all batsmen have felt that at some stage that you are not in control of anything at all,” Kohli said about his mental state at the time.

“You just don’t understand how to get over it. That was a phase when I literally couldn’t do anything to overturn things. I felt like I was the loneliest guy in the world.”

Kohli, who described that tour as the lowest point in his career, remembers feeling alone despite having established himself as a key member of the Test side by then. In hindsight, he looks back at that phase as one where he needed professional help but didn’t seek it.

“Personally, for me that was a revelation that you could feel that lonely even though you a part of a big group,” he said. “Won’t say I didn’t have people who I could speak to but not having a professional to speak to who could understand what I am going through completely, I think is a huge factor.

“I think I would like to see it change. Someone whom you can go to at any stage, have a conversation around and say ‘Listen this is what I am feeling, I am finding it hard to even go to sleep, I feel like I don’t want to wake up in the morning. I have no confidence in myself, what do I do?’

“Lot of people suffer with that feeling for longer periods of time, it carries on for months, it carries on for a whole cricket season, people are not able to get out of it. I strongly feel the need for professional help [to be] there to be very honest.”

This is something Kohli touched upon earlier too, in a chat with Kevin Pietersen, when he said he wanted India’s young cricketers to not commit the same mistakes as he did, in not seeking help.

“All the younger guys listening, because I was too focused on doing well from a personal point of view, I wanted to get runs,” he had told Pietersen in an Instagram live. “I could never think of what the team wants me to do in this situation. I just got too engulfed with England tour – if I perform here, Test cricket, in my mind I’m going to feel established and all that crap on the outside, which is not important at all. It just ate me up. I just kept going into a downward spiral and I just couldn’t get out of it. Horrible.”

Kohli’s Royal Challengers Bangalore was the only team that traveled to the IPL in UAE last year with a psychologist. At the time, he had underlined the importance of having someone in the setup to help players deal with the rigours of being in a biosecure bubble for three months.

Kieron Pollard, Trent Boult Among High-Profile Signings Of MI Emirates For Upcoming T20 League
Markram makes the most of tour game as South Africans lose to England Lions
Ben Stokes not going back to the drawing board as England return to Test arena
Cricket Australia targets sport’s inclusion at 2032 Olympics
Watch: Shikhar Dhawan’s Dance With Ishan Kishan, Shubman Gill Will Crack You Up