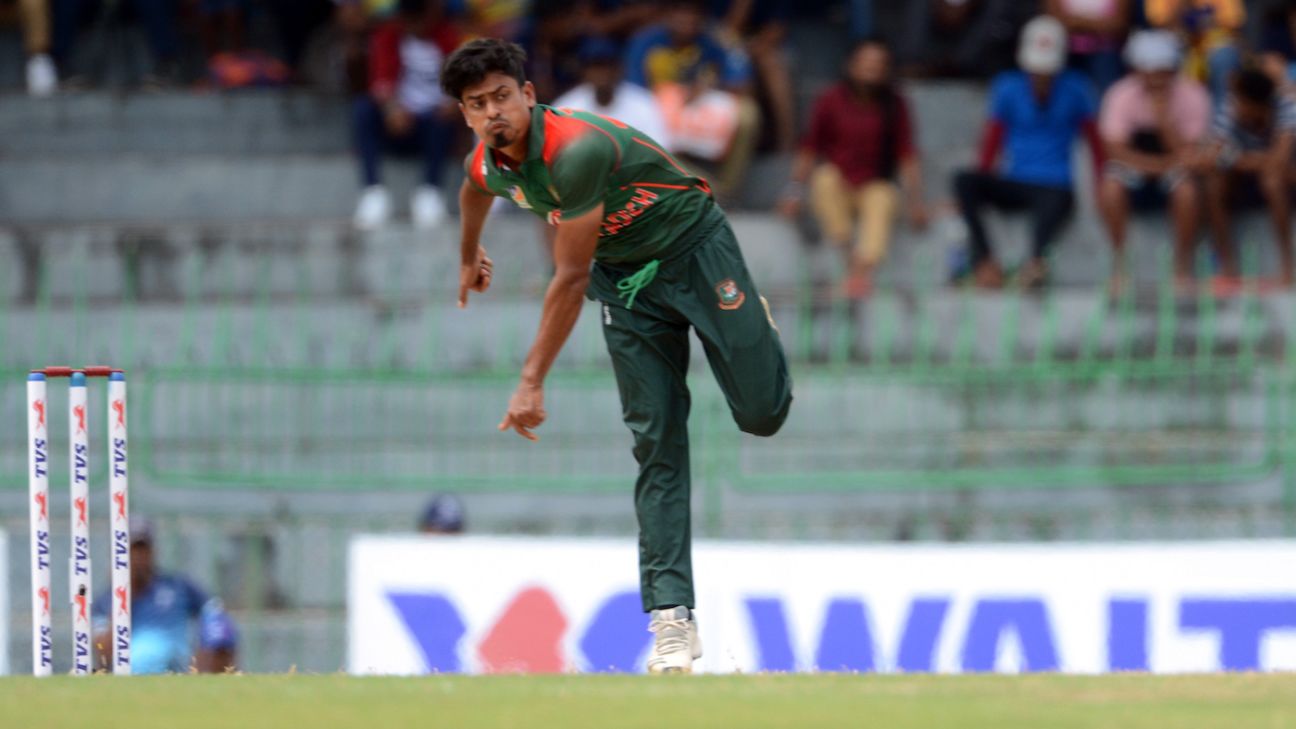 Mohammad Naim, Mosaddek Hossain and Al-Amin Hossain return to the side

Bangladesh have left out left-arm spinner Taijul Islam from their 20-man contingent for the white-ball tour of New Zealand, where they play three ODIs and three T20Is. Uncapped left-arm spinner Nasum Ahmed got his maiden call-up, while opener Mohammad Naim, middle-order batsman Mosaddek Hossain and seamer Al-Amin Hossain returned to the side.

Apart from Taijul, the only other absentee from the squad that beat West Indies 3-0 in Bangladesh’s previous ODI series was Shakib Al Hasan, who was granted paternity leave by the BCB. The break will also give him a chance to recover from the thigh injury he suffered during the first Test against West Indies in Chattogram.

On Thursday, some of the New Zealand-bound squad members, including Tamim Iqbal, Soumya Sarkar, Mehidy Hasan Miraz, Mohammad Naim and Taskin Ahmed, and support staffers were administered Covid-19 vaccines in Dhaka. The remaining members are expected to be inoculated by Sunday.

The team will depart for New Zealand on February 23.

Smith feels primed for big summer despite hip niggle
Pat Cummins: There are no cowards in the Australian team
Rob Key: Rehan Ahmed’s Test fast-tracking was the plan all along
The Hundred to be played in four-week window in August 2023
Ross Taylor returns for opening round of Ford Trophy