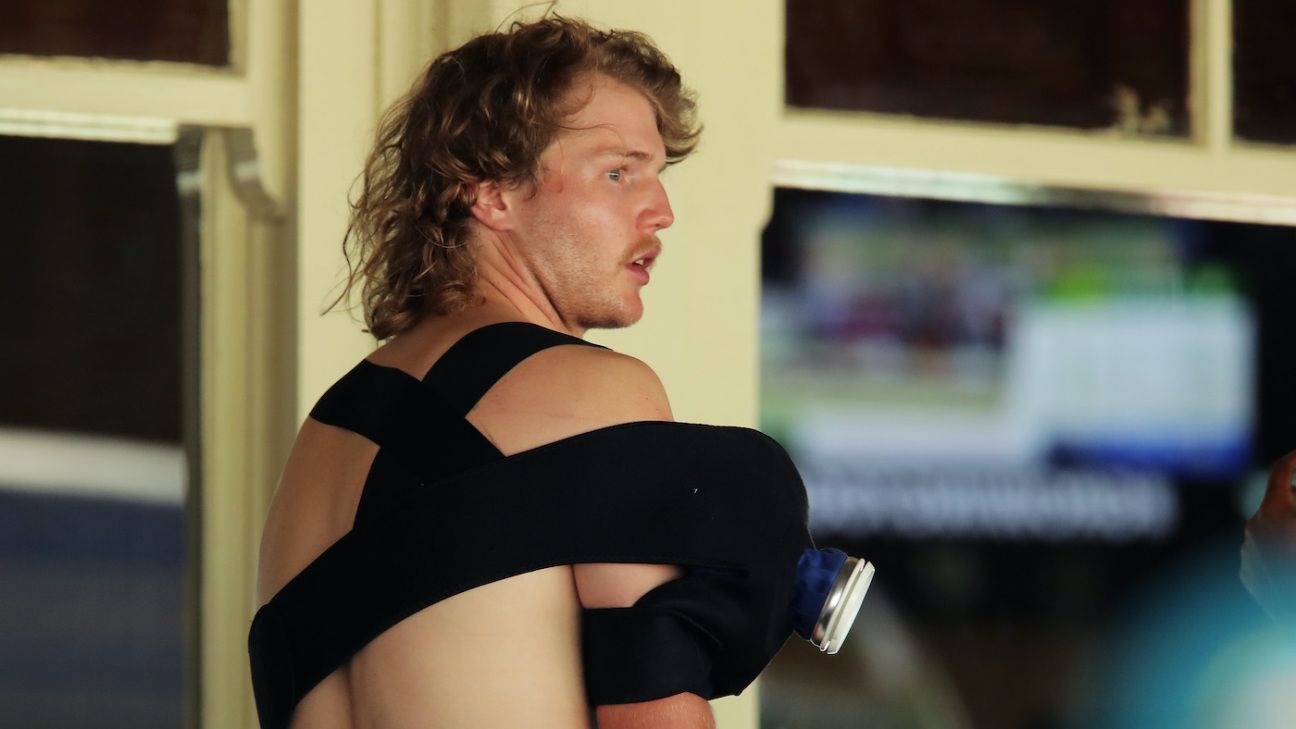 Australia Test batsman Will Pucovski‘s domestic season is over and he is set to be sidelined for up to six months to undergo reconstructive surgery on his injured right shoulder.

Pucovski, 23, suffered the injury on his Test debut against India in Sydney when diving for a ball in the field. He dislocated his right shoulder, his throwing arm, and was ruled out of the fourth Test at the Gabba.

He trained with Victoria in the lead-up to the recommencement of the Sheffield Shield season but experienced some soreness after batting in the nets last week and was ruled out of the clash against New South Wales.

After further consultation with medical experts, he will now undergo shoulder surgery in Melbourne next week with renowned shoulder specialist Greg Hoy to perform the procedure.

The recovery will see him miss the remainder of the Australian domestic season and he will be unavailable for Australia if they do qualify for the World Test Championship final mid-year. But the timing of the surgery should allow for him to be available at the start of Australia’s next domestic summer and the home Ashes series if his rehabilitation goes to plan.

Pucovski’s injury is the latest in a long string of unfortunate injury and mental health setbacks he has had in his short career to date.