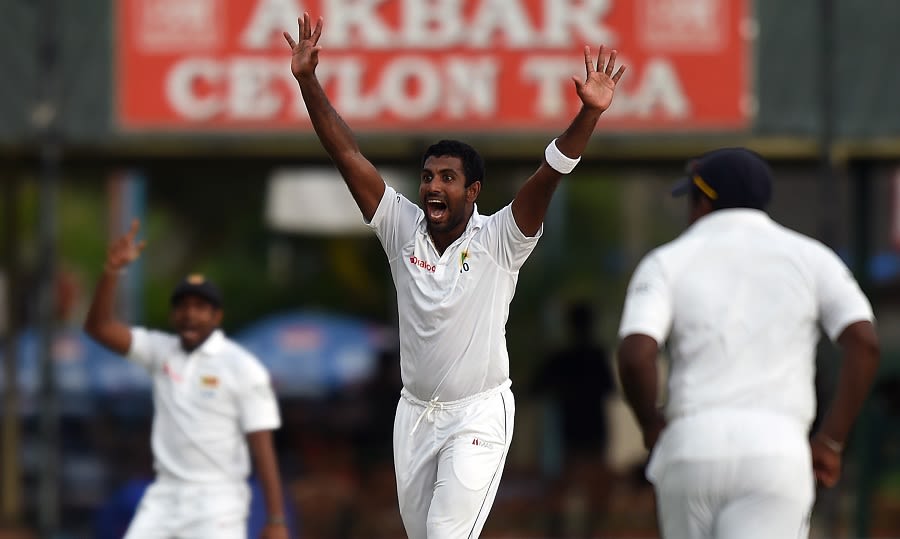 Prasad played the last of his 25 Tests in October 2015, following which a serious shoulder injury impeded his career. Prasad eventually made a first-class comeback, following surgery, but could not quite break back into the national team.

Before that injury, however, he was one of Sri Lanka’s premier quicks, remembered with particular fondness for his second-innings 5 for 50 at Headingley in 2014, which led to Sri Lanka winning their first series in England. That was his only five-wicket haul in Tests, but he was nevertheless impressive at home in 2015, taking four wickets in an innings consecutively against India.

“We had never won a series in England, and when Dhammika took wickets on that fourth day in Leeds, it set us up for victory and that was a remarkable thing,” he said. “When he and I bowled together, I knew he would be putting pressure on the batsman from the other end – either keeping the runs down, or threatening their wickets.

“I also remember something to laugh about. In 2015, when we played India at home, he had a heated argument with Ishant Sharma on the field. At the time we all thought it would be something that went on for a long time. But that same evening, we saw him and Ishant having a coffee together at the hotel. They hadn’t waited for the end of the match – they made up that evening itself.”

Marvan Atapattu, another SSC stalwart, and Prasad’s coach in 2014 during that memorable Headingley spell, was also effusive in his praise.

“Generally fast bowlers like to bowl with the new ball first thing in the day when the conditions suit them, but Dhammika was someone you could call on anytime,” Atapattu said.

“He’d want the ball at all times of the day, no matter what condition it was in. If it was 5pm, and he was bowling with an old ball, and there was a batsman batting on 150, he’d still take the ball, because he wanted to get that breakthrough for the team. Those are rare qualities from a cricketer.”

Prasad had spent the last few years attempting to make a comeback for Sri Lanka, but his bowling had not quite been the same since the shoulder injury and consequent surgery. He hopes to play another domestic season for SSC before quitting entirely, though this year’s season may not be played, due to Covid-19.