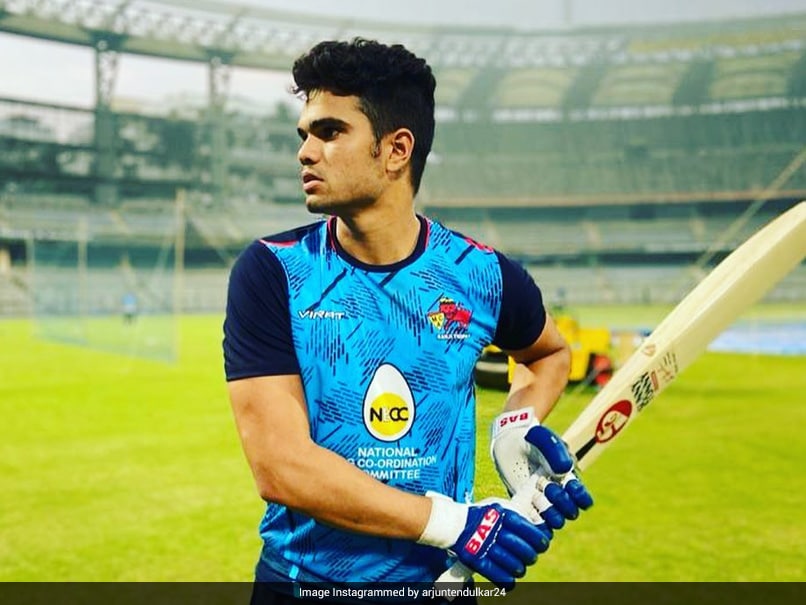 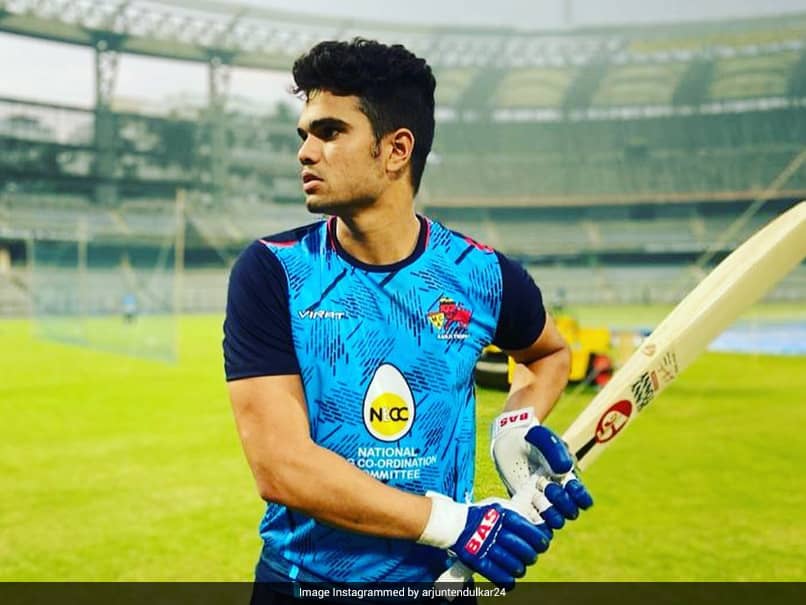 
Arjun Tendulkar, son of the legendary Sachin Tendulkar, went to Mumbai Indians at the IPL 2021 auction for his base price of Rs. 20 lakh. Arjun’s was the last name to come up in the auction and Mumbai Indians were the only team to bid for the 21-year-old as he was taken in by the team his father had once played for. Arjun, who has bowled in India nets many times, played for India U-19 and recently made his debut for the senior Mumbai T20 team in the Syed Mushtaq Ali Trophy, hit the right notes just before the auction. He hit 77 runs off just 26 balls and picked up three wickets to help MIG Cricket Club win in the Police Shield Invitation Tournament in Mumbai.

A left-handed batsman and a left-arm fast bowler, Arjun comes in with a quality that IPL teams look after – the variety that left-arm pacers bring.

In the two T20s Arjun played for Mumbai this season, he picked up two wickets with a best of 1 for 33.

However, the experience that Arjun brings in terms of learning from India players while bowling at them in the nets should hold him in good stead in a tournament that is likely to be unlike anything he has played in his career thus far.

However, for that, he will have to make the Mumbai XI first. To do that he may have to compete with some veterans of T20 cricket who have helped Mumbai become the team with the most number of titles in IPL history – five.

Mumbai extended their title run to an unprecedented five trophies in 2020 when they beat Delhi Capitals in the final.

Life in the bubble with the Aussie men’s team
Jadeja set to join India squad in Nagpur ahead of Australia series
Hathurusingha set to return as head coach of Bangladesh men’s Test and ODI sides
‘Mate, we can do it. I have full faith in ourselves’
“Definitely Won’t Play Next T20 WC”: Ex-India Star’s Bold Claim On Virat Kohli, Rohit Sharma’s Future