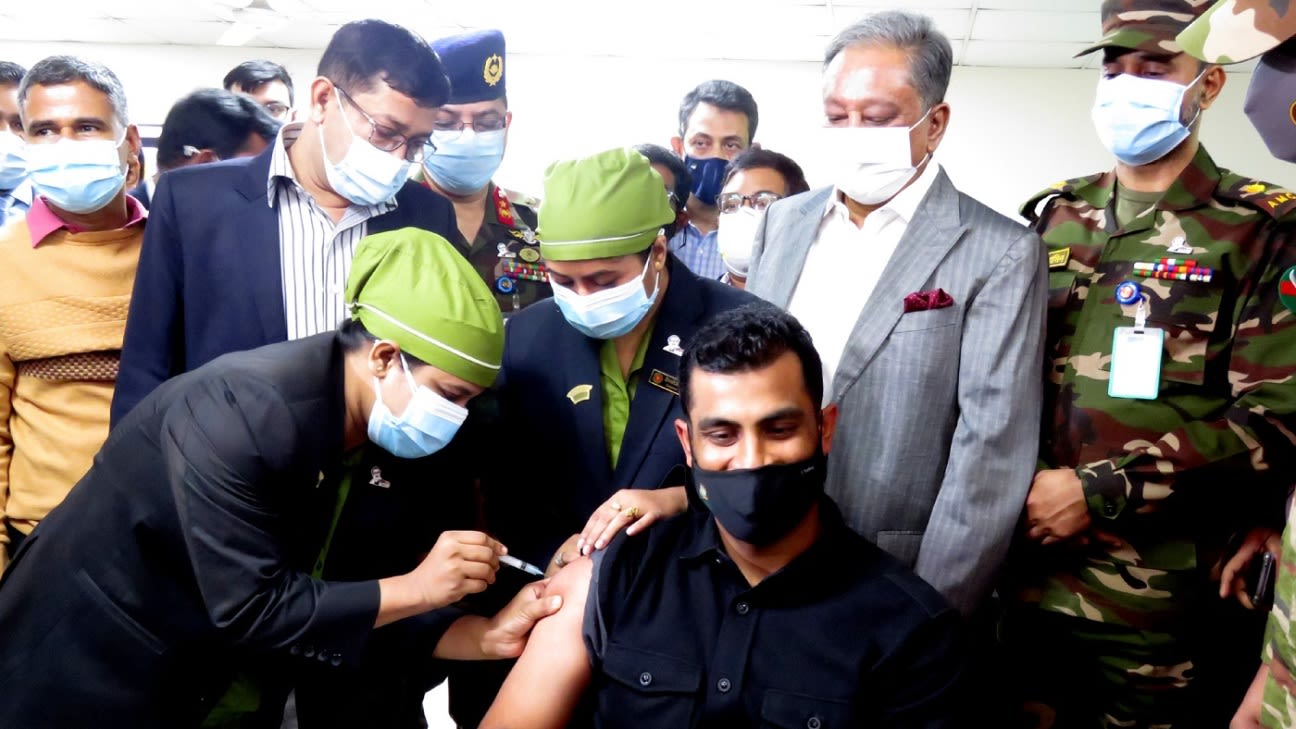 Tamim Iqbal and Russell Domingo were among several Bangladesh cricketers and support staffers to be administered Covid-19 vaccines in Dhaka on Thursday, ahead of the team’s departure for New Zealand next week to take part in a limited-overs international series.

Soumya Sarkar was the first to be vaccinated at the Kurmitola General Hospital, followed by Iqbal, Mehidy Hasan, Mohammad Naim and Taskin Ahmed, followed by the contingent of support staffers – special arrangements had been made for the overseas coaches, since they don’t have the Bangladeshi national ID that is mandatory to be eligible for the vaccine. BCB director Jalal Yunus, who will travel with the team, was also among those vaccinated.

Some more of the cricketers who are travelling to New Zealand will be administered the vaccine on February 20, and the BCB will make arrangements for more vaccines to be administered, if needed, after the tour.

Speaking afterwards, Iqbal admitted to being apprehensive about taking the vaccine to start with. “The thing about vaccinations is that if you know how helpful it is for you then I think your fear will go. I will not deny that I was afraid,” he said. “I was not sure whether to take it or not. But after talking to the BCB and finding out that it is normal to have symptoms, it made sense to take it.”

The Surokkha app was also launched at the same time in the presence of health minister Zahid Maleque and BCB president Nazmul Hassan, and Sarkar was the first to use it.

Ahmed urged people from his country to get the vaccination done at the earliest. “I am feeling quite good after being inoculated,” he told Prothom Alo. “There’s no physical problem yet. I would like to thank the honourable prime minister and BCB for making it so easily available for us. I urge everyone to be vaccinated. The Surokkha app has also made it a simpler process.”

More than one million Bangladeshis have taken the vaccine since the government rolled it out earlier this month.