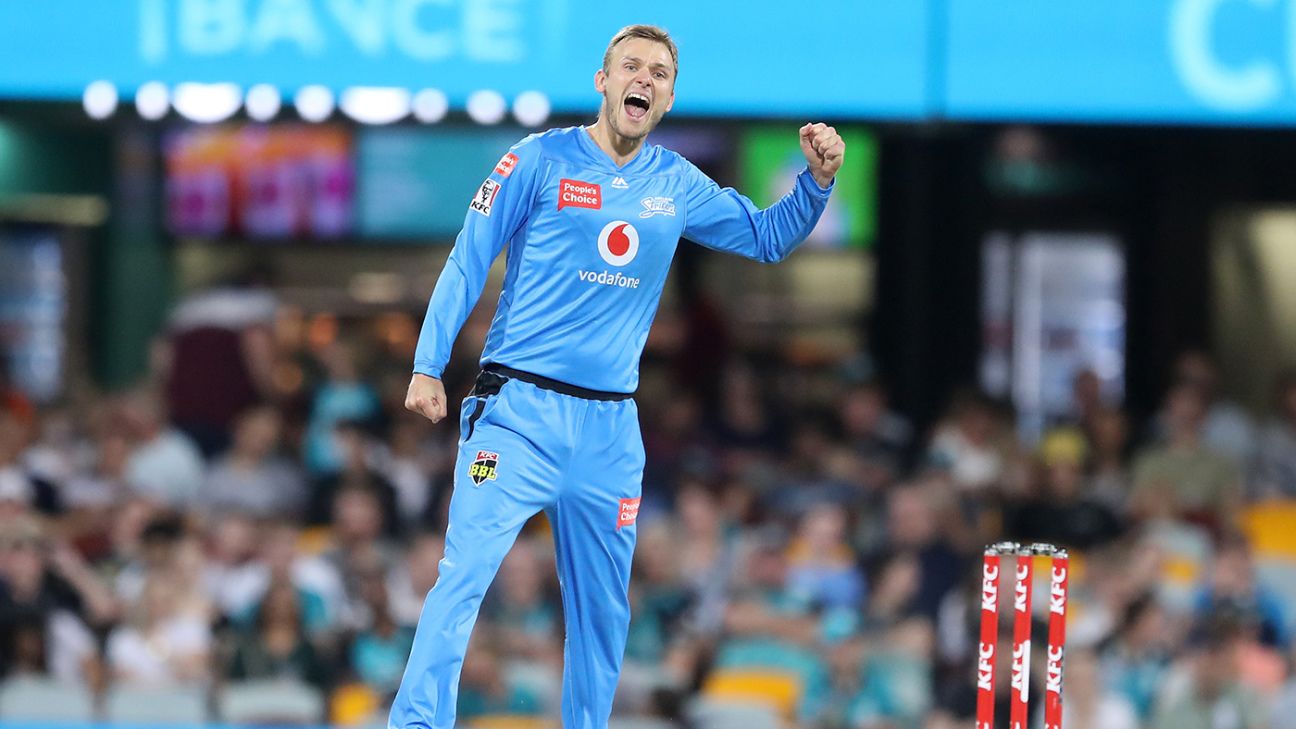 Briggs, whose last T20I came in 2014, joins Will Jacks and Tom Helm as non-travelling reserves

Danny Briggs has moved a step closer to an international recall more than seven years after he last represented England.

Briggs, the left-arm spinner, is the highest wicket-taker in the history of English domestic T20 cricket but played the last of his seven T20I in Australia in January 2014. He also played one ODI against Pakistan in the UAE in 2012.

But on the back of a decent BBL season – he was part of the Adelaide Strikers side which made it to the Eliminator phase – he has been named as a non-travelling reserve for the limited-overs section of England’s tour of India. He was part of the England Lions tours to the UAE and India in the 2018-19 winter, and has recently signed a three-year contract with Warwickshire after leaving Sussex.

With Moeen Ali and Adil Rashid the two frontline spinners in the T20I squad and Matt Parkinson the only one among the travelling reserves, the naming of Briggs as a standby player suggests he is not far from a return.

It currently appears England will include only two spinners in their T20I side but, if pitches prove helpful to that style of bowling, they may well be inclined to include an extra spinner or two when they return to India for the T20 World Cup later in the year.

ESPNcricinfo understands that Tom Helm, the Middlesex seamer, and Will Jacks, the Surrey batsman, have also been put on standby as non-travelling reserves.

Helm was also a reserve for the limited-overs series in South Africa, while Jacks, although aged only 22, has long been seen as one of the most exciting young batsmen in the English game. Both players are uncapped.

Although encouraging news for the trio, it appears that the ECB have attempted not to name reserves who might have otherwise been in action in the PSL, which starts this weekend.

Cummins and Buttler return; England bowl first in overcast Melbourne
Afghanistan opt to bat; Dhananjaya Lakshan in for Sri Lanka
ECB receive £400 million bid for private equity stake in the Hundred
SLC to launch its own T10 league in June 2023
India have series win in sight but still many questions to answer