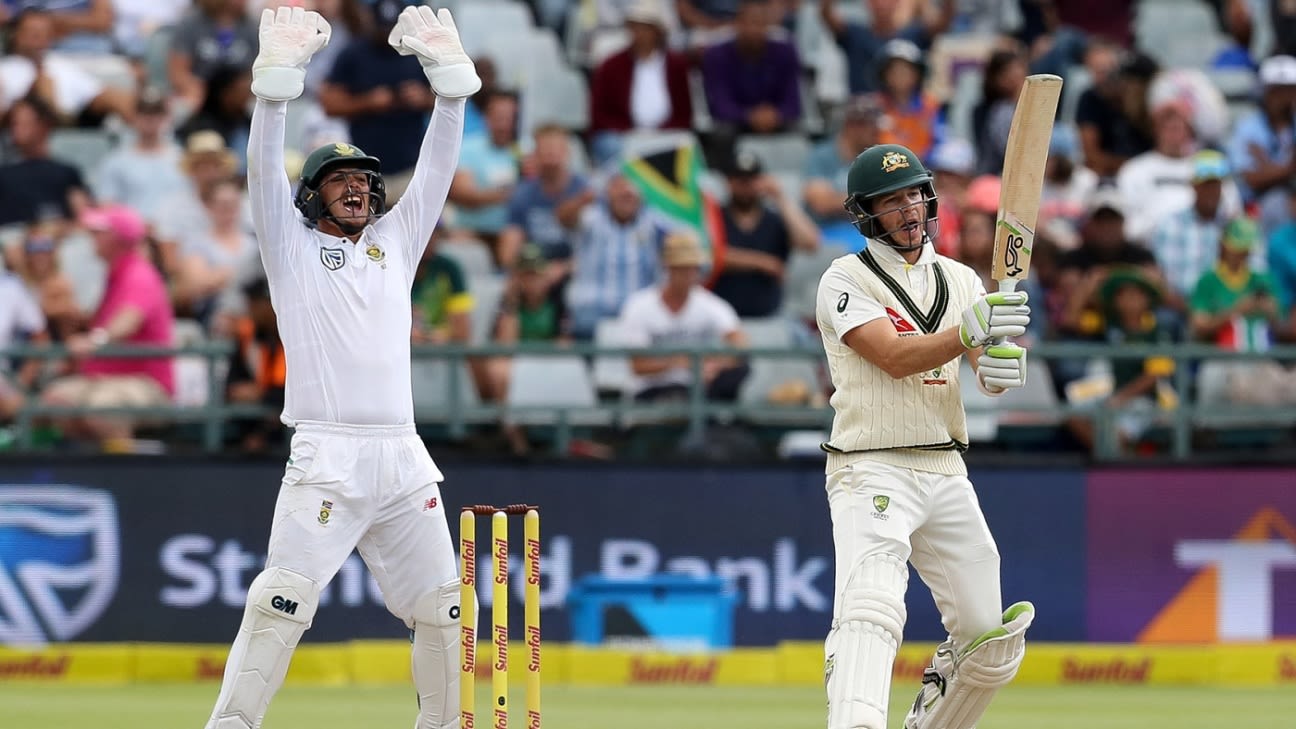 Cricket South Africa (CSA) have lodged a formal complaint with the ICC over Cricket Australia’s (CA) decision to indefinitely postpone next month’s three-Test series. Last week, CSA wrote to both the ICC and CA expressing their dissatisfaction at the tour being pushed back, also asking for means of redress after CA cited an “unacceptable” level of Covid-19 risk in South Africa as their reason for not traveling. But now, CSA have escalated the matter and asked for it to be heard at the ICC’s dispute resolution council.

In a letter sent by acting CEO Pholetsi Moseki, seen by ESPNcricinfo, CSA are invoking both the World Test Championship (WTC) and the FTP agreement terms in search of points on the WTC table as well as financial compensation from CA. They have asked the ICC to look into whether CA’s cancellation amounts to acceptable or unacceptable non-compliance as per the WTC terms, bearing in mind that the series cannot be rescheduled before the end of the WTC window, which is April 30, 2021. They also want ICC to obtain a report on the health situation in South Africa to determine if Australia breached the terms by not traveling.

According to the ICC’s FTP agreement, which has been in place since 2004, member countries are obliged to fulfil their fixtures unless there are circumstances which prevent them from doing so, including government instruction. In 2007, when the Australian government instructed their men’s team not to tour Zimbabwe on political grounds, the ICC adjudged that decision as acceptable non-compliance. Similarly, in 2008, the ICC found that India’s decision not to tour Pakistan on government advice constituted acceptable non-compliance. Neither Australia nor India faced sanctions at that time.

CA have maintained that their decision not to travel to South Africa on this occasion was made on “overwhelming” medical advice.

Moseki cited clause 2 which calls for independent experts to determine whether the health risks are severe enough to prevent Australia from touring, and asked for those experts to come from within South Africa. “It would seem inappropriate to appoint a health and safety consultant outside of South Africa given that such an expert consultant would be unlikely to properly and accurately comprehend the Covid-19 related risks within South Africa and how they may be adequately managed,” Moseki wrote. “Given the nature of the pandemic, it will inevitably require location-specific advice.”

South Africa has passed the second wave peak of the coronavirus pandemic, and although the country remains on level-3 lockdown (with level-5 being the most strict) restrictions were eased on February 1, the day before Australia announced their decision to pull out. South Africa’s infection rate is falling, although it is still recording more than 1,000 positive cases of Covid-19 each day in the last few days compared to Australia, who are registering cases in single digits daily.

Steve Waugh: ‘The public has almost overdosed on cricket’
“There’s Never A Need To Talk To Him”: Shubman Gill On India Star After 2nd ODI
Holder urges West Indies quicks to not get ‘carried away seeing carry and bounce’ in Perth
‘It gives us a breather but it’s not the ultimate goal’ – Tamim on Bangladesh’s World Cup qualification
De Kock named Durban Super Giants’ captain for SA20