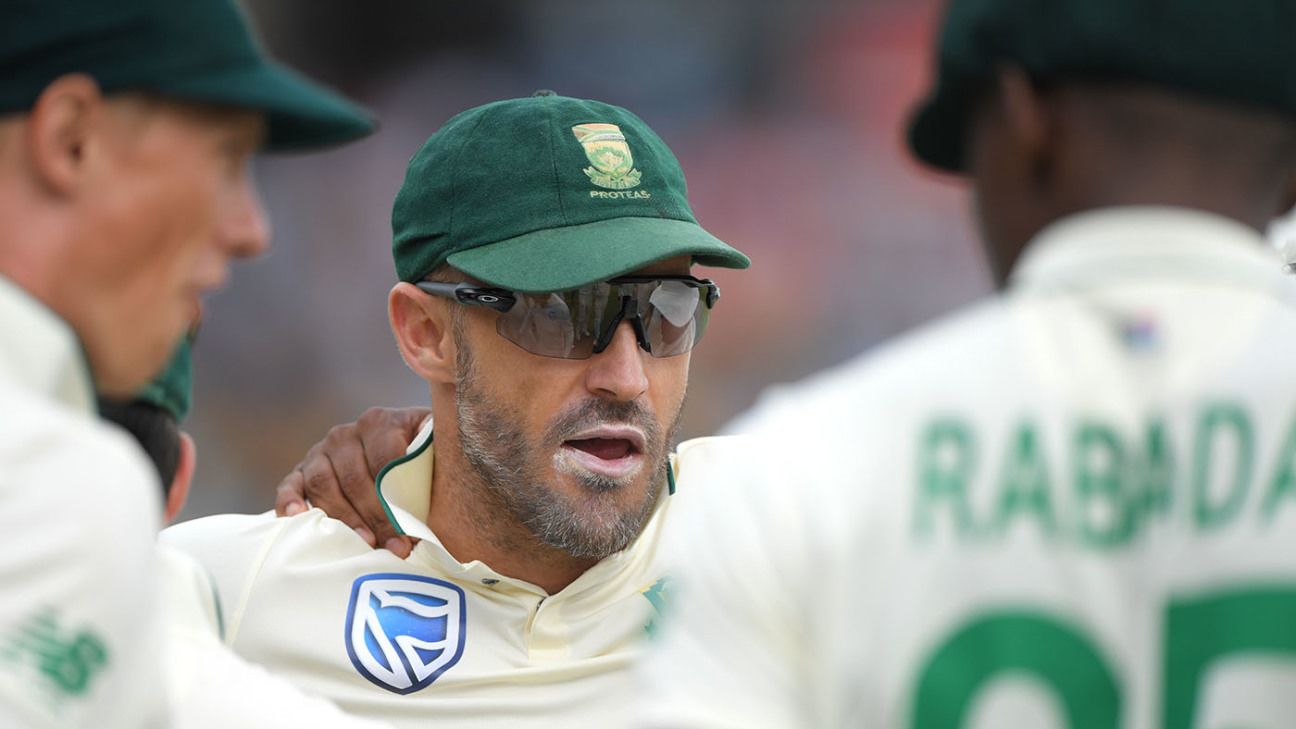 Will continue in limited-overs cricket

Faf du Plessis, the former South Africa captain, has retired from Test cricket after 69 appearances in the format, saying that he had wanted to finish up after the series at home against Australia that was scheduled to start later this month, which Australia have postponed indefinitely.

du Plessis, now 36, made his Test debut in Adelaide on South Africa’s 2012-13 tour, and was named the Player of the Match for his 78 and 110 not out in a memorable draw – du Plessis’ stonewalling helped South Africa bat out four-and-a-half sessions on a wearing pitch. He went on to hit ten centuries and 21 half-centuries in Tests, ending with 4163 runs at an average of 40.02.

He became the Test captain, succeeding AB de Villiers, in mid-2016, and led South Africa in 36 Tests, before stepping down in January 2020 after the home series against England, which South Africa lost 3-1. Du Plessis finished with a decent Test captaincy record, though, with 18 wins and 15 losses, the defeats piling up more towards the latter bit of his stint after South Africa had won 17 of the first 27 Tests he had led in. Between the start of 2019 and the end of his tenure, South Africa lost eight Tests, a run that began with the 2-0 home defeat to Sri Lanka in February 2019.

Du Plessis, a veteran of 143 ODIs and 50 T20Is, will continue to be available for selection in both the limited-overs formats, and has said that he is keen to be a part of the action at the T20 World Cup, scheduled to be held later this year in India.