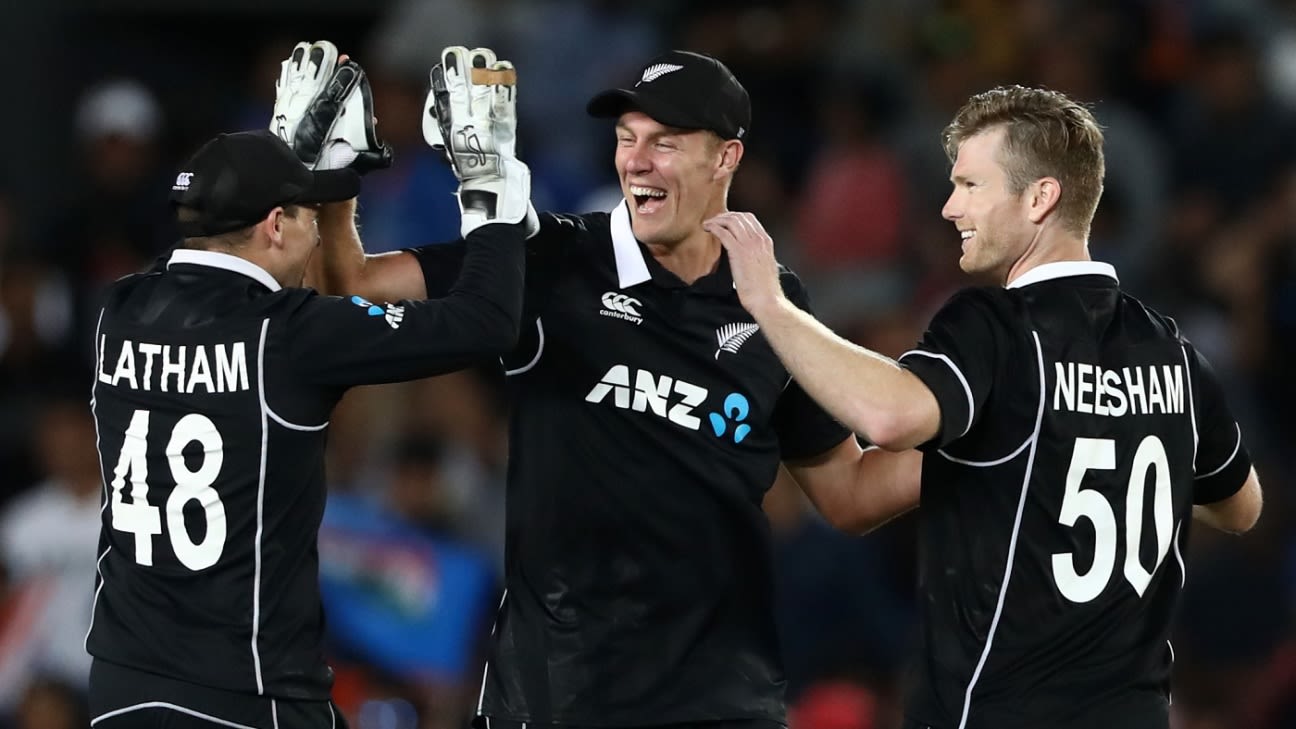 There has been a sense of excitement and buzz among the New Zealand public around Kyle Jamieson‘s potential IPL call-up after he headlined the international home summer both with ball and bat. The 6’8″ quick made his T20I debut against West Indies in November 2020 and proceeded to bag 27 wickets in four Tests at a sensational average of 12.25 to go with 131 runs at a batting average of 66.50.

Gary Stead, the current New Zealand head coach who has overseen Jamieson’s rise from Canterbury, reckoned last month that Jamieson will be on the radar of the New Zealand coaches in the IPL.

A day before the IPL 2021 auction, however, Jamieson played down the hype after returning to the New Zealand nets at the Bay Oval in the lead-up to the five-T20I series against Australia, which will kick off on February 22.

“To be fair, I haven’t paid too much attention to it and for me I’ve been focused on what I can control here and I think things will pan out the way they are going to tomorrow night – whether that means I get picked up and go great and if not there’s still a lot of cricket to be played across the winter,” Jamieson said. “I try not to pay too much attention. Things like that tend to take care of themselves.”

Jamieson hasn’t played competitive cricket in India previously, but he’s looking forward to picking up new tricks and becoming a well-rounded bowler if he gets an IPL gig.

“That experience, if it comes, I’m not sure what’s going to happen, but it’s certainly a different experience and a lot of new learnings to come from,” he said. “The probably most exciting thing is that when you get to play in these different environments, there’s a lot of learning and ways to upskill and try to add strings to your bow.”

While allrounder James Neesham, who is also in the auction after being released by the Punjab franchise, said that his New Zealand team-mates are “really excited” for Jamieson, he won’t be up in the night to watch the auction unfold.

“I think I won’t be watching and a couple of young guys who are in the auction for the first couple times will probably watch – these are things that you can’t really control,” Neesham said. “So, I’ll wake up in the morning – what is it Friday morning our time? – and will see what has happened. The focus currently is certainly on playing as well as I can for New Zealand – that’s sort of down the track a little bit.”

Devon Conway, who won the Super Smash title with Neesham on Saturday, isn’t too fussed about the auction either.

“It was a wild shot, really, my agent thought it was a good idea to get my name in the conversations,” Conway had said after winning the domestic T20 title last week. “You know, I think, my understanding is that it’s a small auction and for me to get into the sort of first little cut to where I am around is pretty awesome. But, I’m not really thinking too far ahead. If it happens, it happens, if it doesn’t it’s just pretty cool to go through the process of applying and putting your name in the hat.”

Conway’s opening partner at Wellington Firebirds Finn Allen is part of the IPL shortlist as well, having dominated the Super Smash with his down-the-track biffs and audacious switch-hits, including one off New Zealand’s premier spinner Mitchell Santner. Allen emerged as the top scorer in this season’s Super Smash with 512 runs in 11 innings at an average of 56.88 and strike rate of 193.93. The golden run vaulted him into the T20I squad, although only as cover for Martin Guptill who is nursing a hamstring injury. Has Allen done enough to force his way into the IPL as well?

“For me, there are no expectations,” Allen had told ESPNcricinfo a day out of the Super Smash final. “It’s kind of always been that way for me – I’m just going out there and enjoying what I am doing. Just trying to win the title for Wellington, and if more than that comes out of it, it would be awesome. Obviously going to the IPL would be pretty amazing – that’s almost my dream for a long time now, so yeah hopefully get lucky and get picked up. But, obviously no expectations, and if it doesn’t happen, there’s always the future.”