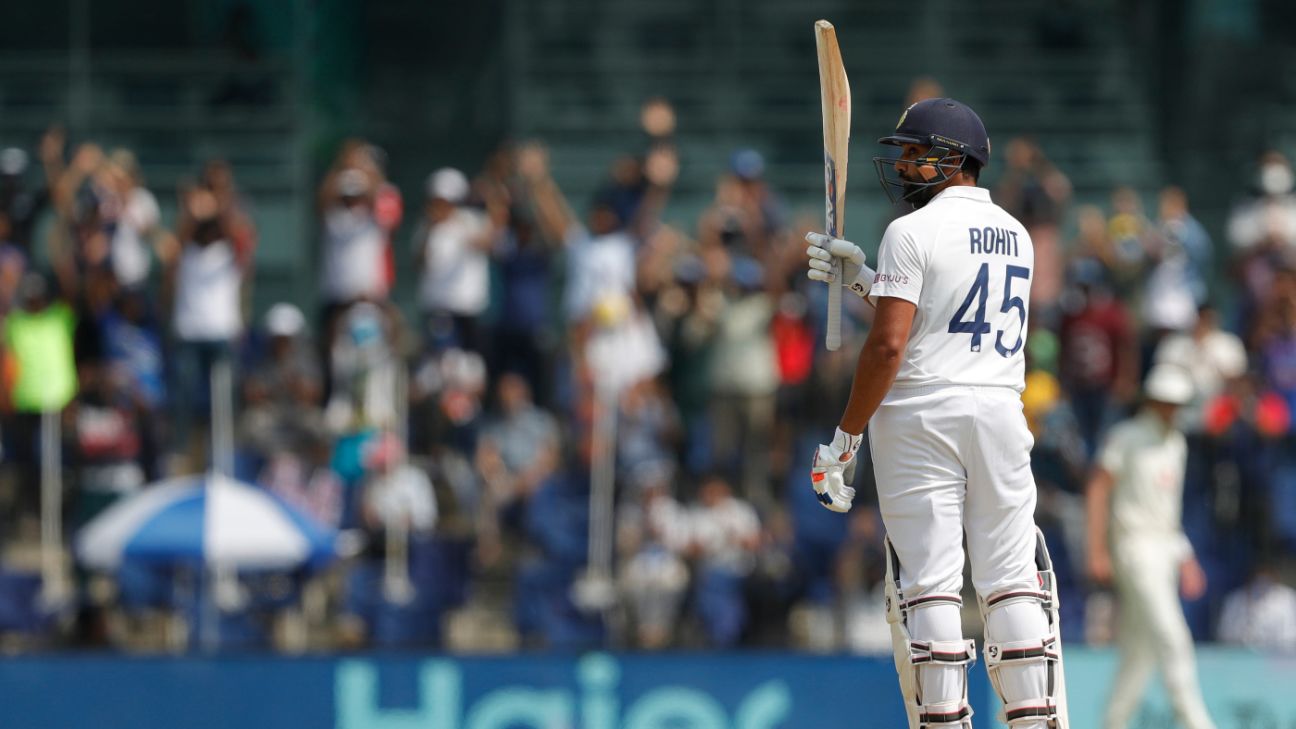 Sharma, whose 161 in the first innings gave India the early advantage, jumped nine places to 14th on the list, his best ranking since November 2019 when he was 10th. Ashwin’s century in the second innings, his fifth in Tests, lifted him 14 places to 81st in the batting list, while his eight-wicket match haul – including a five-for in the first innings – meant he occupied the seventh position in the bowlers rankings, just three points behind sixth-placed Stuart Broad.

Pant, who has struck at least one fifty in each of his last four Tests, was also rewarded for the rich vein of form with a career-best 11th rank in the batting list. Left-arm spinner Axar Patel, who marked his Test debut with a five-wicket haul in the second innings, entered the bowlers rankings in the 68th place.

For England, Jack Leach was the only player to make any notable jump, gaining six places to reach the 31st position in the bowlers rankings. Ben Stokes, who made a paltry return of just 26 across both innings in Chennai, lost his top spot in the Test allrounder rankings, falling to third behind Jason Holder and Ravindra Jadeja.

Meanwhile, West Indies, who sealed a memorable series win against Bangladesh, saw several of their players get a boost in the rankings, most notably offspinner Rahkeem Cornwall. His nine-wicket match haul in the second Test in Dhaka put him in the top 50 among bowlers for the first time in his career.

Tamim Iqbal (32nd) and Liton Das (54th) were the only two Bangladesh batsmen to make any step up in the rankings, while left-arm spinner Taijul Islam gained five places to take the 22nd position in the bowlers list.

Brunt: ‘Felt like the whole country was behind us, we’re just sad we let them down’
Chahar, Ashwin, Hooda? Competition heats up as India’s Asia Cup selection looms
Day 1 Highlights | 1st Test, Sri Lanka vs Pakistan 2022
Rib injury rules Harshal Patel out of remainder of West Indies T20I series
Zimbabwe bowl and make five changes to the XI against Bangladesh