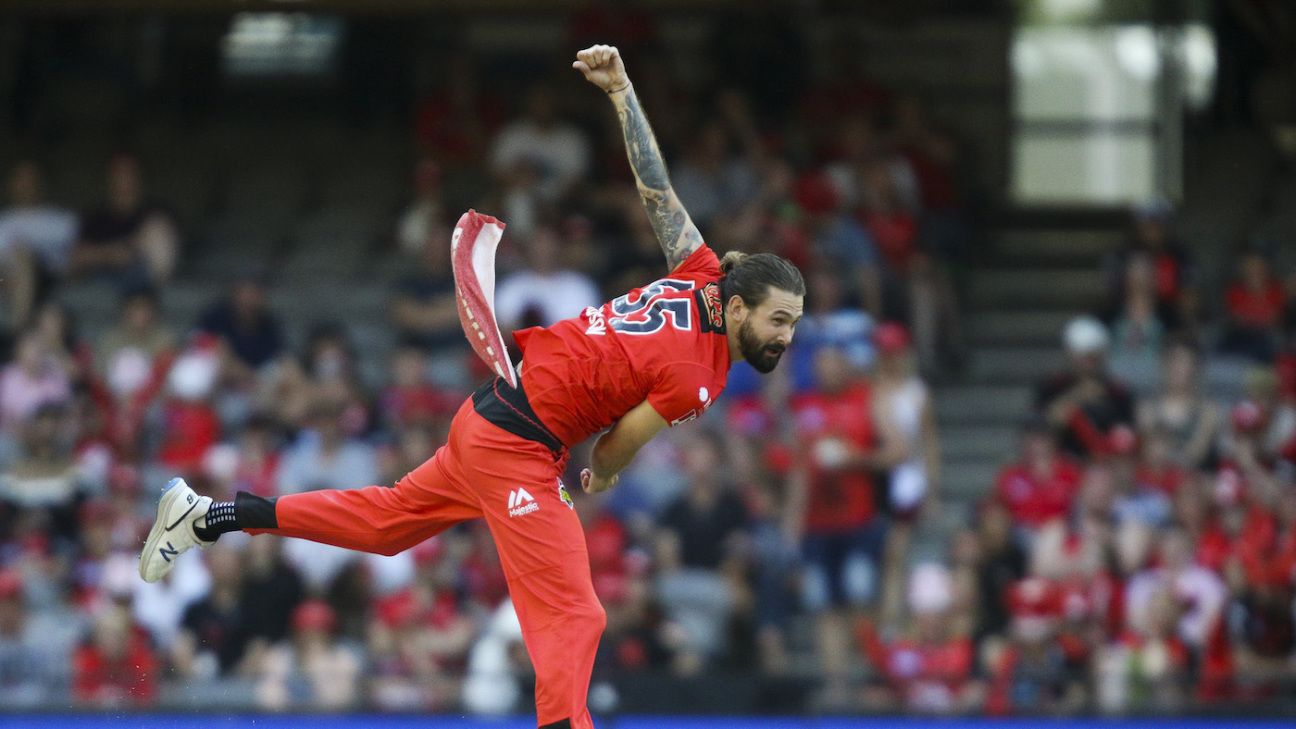 Kane Richardson believes the Power Surge fielding restrictions, which were introduced in the BBL this season, could have a place at the T20I level, but from a selfish point of view will be happy if that moment waits until he retires.

The Surge regulations modified the traditional six-over powerplay into a two-over block that could be taken by the batting side any time from the 11th over onwards, leaving just four at the beginning of the innings. It was generally viewed as the most successful of the three innovations tried in the BBL and did bring a new dynamic with innings both losing and gaining momentum in the two overs.

Richardson was the third-most expensive bowler in the Surge (bowlers who operated during it in at least five innings), going at 12.11 – 109 runs off 54 balls – and picked up just two wickets, and admitted he enjoyed it more as a spectator, but could see the value it brought to the game.

“It’s a good discussion. I enjoyed watching it as a fan,” he said. “There was games I didn’t particularly enjoy bowling in it, but as a fan it made games interesting where you thought the game was decided, especially in the second innings then teams would catch up.

“Think Trent [Woodhill] and the BBL did a really good job with that, whether or not it goes to international cricket I’m not sure. It probably has a place to be fair, I think it was successful this year and guys who found a niche in the team in the middle-order, who can play that role really well and vice-versa with the ball, were almost first picks.

“It’s interesting, it’s tactical, it’s good to watch, so there’s nothing but positives for that. But as a bowler, if we could probably steer clear of it at international and IPL level until I’m maybe too old to be playing I’ll happily sit back in my old rocking chair and watch.”

Richardson won’t have to concern himself with the Surge over the next few weeks in New Zealand where he will be one of the more experienced members of an Australia attack without some key names, who were due to be in South Africa for the now-postponed Test series.

Mitchell Starc and Pat Cummins are certain starters in Australia’s first-choice T20I side with Josh Hazlewood also in the mix, while Sean Abbott would be another option and Richardson believes there are others outside of the two squads who would be worthy of selection.

“You look at a pool of ten or so bowlers, it does seem like there is a big group of players who could play in that World Cup,” he said. “There’s guys back home who could easily have been picked in this team – Wes Agar had a great Big Bash, Nathan Ellis was impressive again – so there’s almost a group of 20 bowlers to pick from.

“It’s great for Australian cricket because in T20 cricket if you have a good bowling attack you are a very good chance of winning. Even yesterday at training, bowling alongside some of these guys, we all do it a bit differently, there’s a separate indemnity to each person so it’s great to be around. If I was an Australian selector I’d be pretty excited about what lies ahead.”

Richardson missed the tail-end of the BBL with the Melbourne Renegades because of a quad injury but is now fully recovered. He did not face India in the white-ball matches during the summer having opted to stay at home with his new-born son.