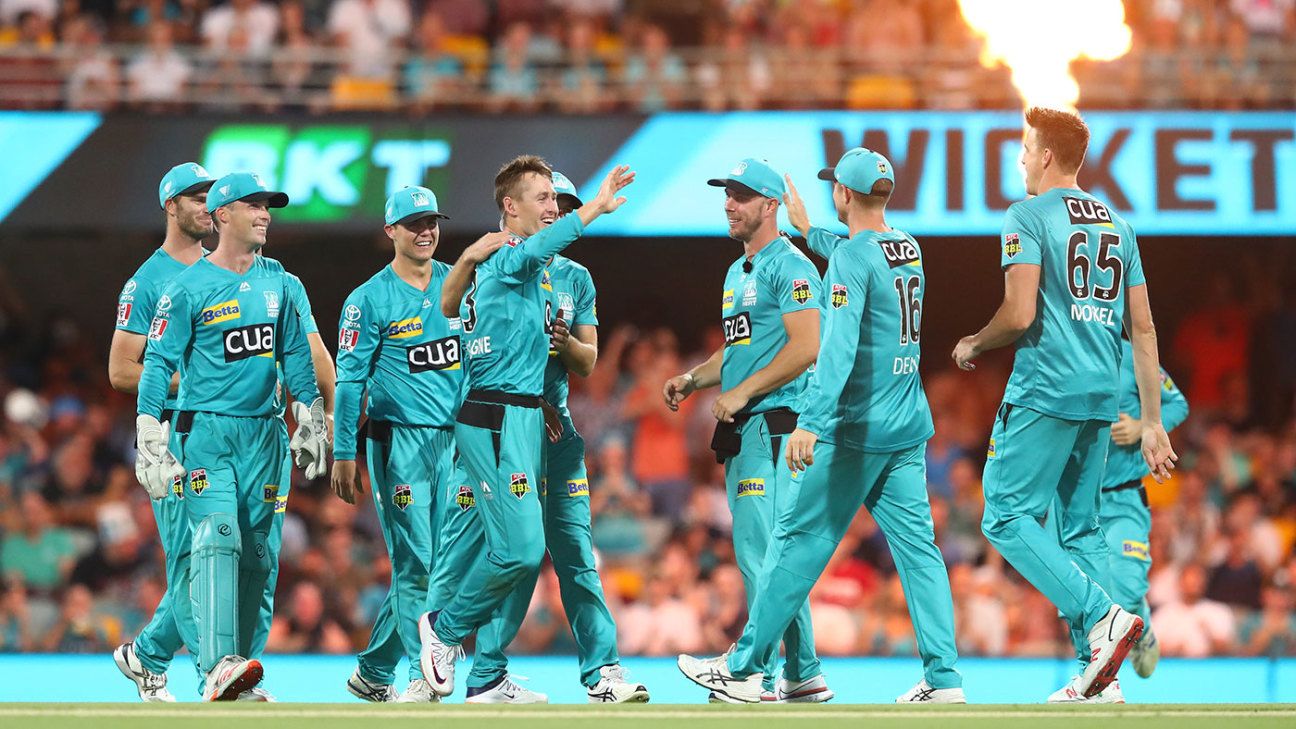 Australian cricket would join other sports looking to private equity investment, and the kind of commercial arrangement it maintained in the first 15 years after the World Series Cricket revolution, under one of several models being widely discussed in industry circles as administrators begin to think about the game’s next strategic moves.

ESPNcricinfo has learned that private ownership of BBL clubs is just one of numerous private investment options currently being discussed, as administrators keep an especially close eye on events across the Tasman and the prospective involvement of Silver Lake in the commercial affairs of New Zealand Rugby.

That model, whereby Silver Lake – an American technology investment firm currently managing funds worth about US$60 billion – has reportedly bid around A$450 million for a 15% stake in a new and separate entity to run the commercial affairs of NZR and the showpiece All Blacks brand, would be a 21st century version of the arrangement struck in 1979.

Back then, Kerry Packer bought not just broadcast rights but essentially the entire commercial wing of the Australian Cricket Board, leaving decisions around how the game was sold in the hands of his company PBL marketing until 1994. PBL Marketing’s approach wrought enormous change to the game and its commercialisation, albeit on onerously cheap terms for Packer as the Board of the day, led by Sir Donald Bradman, had little understanding of broadcast rights value derived from advertising.

The ACB reclaimed control of its own broadcast rights and marketing destiny 27 years ago, around the same time that the value of both areas began to climb sharply, leading to more than two decades of continuous success in the game’s commercial fortunes. The players have been among the greatest beneficiaries of this period.

The third scenario that has been discussed, at least informally at state and CA board levels, would be for the commercial functions of the BBL to be farmed out in a similar manner to an entity separate to the governing body and sold in part to private equity. These types of arrangements would bring an additional injection of capital to Australian cricket at a time when Covid-19 and the current dispute with the free-to-air broadcaster Seven West Media have brought hitherto unseen pressure to bear, but also bring new ideas to the game’s administration.

Any kind of move to a model where private equity takes a stake in CA’s commercial operations, in return for an upfront payment likely to be comfortably beyond the A$500 million range, would be bound to stir a major debate across the game and its followers, but is now closer to a serious discussion than at any time in the past decade or more. One of the chief concerns likely to be raised would be whether Australian cricket, having gone in an ever more commercial direction over the past 40 years, could improve its trajectory by moving still further that way.

Other red flags would concern the loss of total control of the business of cricket to owners and entities primarily concerned not with growing the game itself but growing their returns on investment in it. That difference of perspective is likely to cause many a flashpoint about the balance between crickets three formats, and spending in areas beneath the top level. Such conflicts are familiar to followers of other sports that have been heavily financed by private investors.

Silver Lake, for instance, have made long-term investments in UFC, the NBA’s New York Knicks, the NHL’s New York Rangers, and Manchester City, all sports and leagues far more steeped in private capital than anything in Australian sport, let alone cricket. Private ownership is best known in cricket through the prism of T20, and the extremely wealthy owners of IPL clubs in particular.

In Britain a report by Oakwell Sports, who advised private equity firm CVC on its investment into Premiership Rugby, suggested that the ECB’s start-up costs for The Hundred would be significantly reduced if stakes in the teams were sold to investors by using a franchise model.

While there has been widespread hesitance about private investment in professional sport in Australia, it is a concept that has long been championed by the likes of the Australian Cricketers Association director Neil Maxwell, its chairman Greg Dyer and president Shane Watson, who told ESPNcricinfo this week that the broad concept needed to be re-examined more than a decade after CA first looked into the idea of selling minority stakes in the Melbourne Renegades and the Sydney Thunder prior to the launch of the BBL.

At the same time, more than a decade of increasingly corporatised thinking on the CA Board and its state association equivalents have left administrators looking ever more widely for fresh sources of cash to reinvest in the game. This is particularly so at a time when the previously exponential growth of broadcast rights value now appears finally to be plateauing after about 30 years of seldom going anywhere but up.

New Zealand Rugby’s blueprint, currently being pitched to the game’s many stakeholders, calls for the setup of a new subsidiary, CommercialCo, to be wholly responsible for maximising the value of rugby’s commercial rights. In June last year, Rugby Australia confirmed similar discussions with another American private equity firm, Kohlberg Kravis Roberts, about their possible involvement in the annual Super Rugby competition.

“We’ve had good inbound interest from UK and American private equity firms and I’m very open to continuing those discussions at a Super Rugby level,” the RA chief executive Hamish McLennan told the Sydney Morning Herald. “The time is right to have these discussions as we look to alternate funding mechanisms for the game. Anything I can do to free cash up to reinvest in grassroots rugby will be good for the game.”

CA is on much firmer ground than its rugby equivalent, but strategic discussions about the next major growth opportunities for the game are only set to ramp up over the next year given that the governing body’s own Australian Cricket Strategy runs from 2017 to 2022.