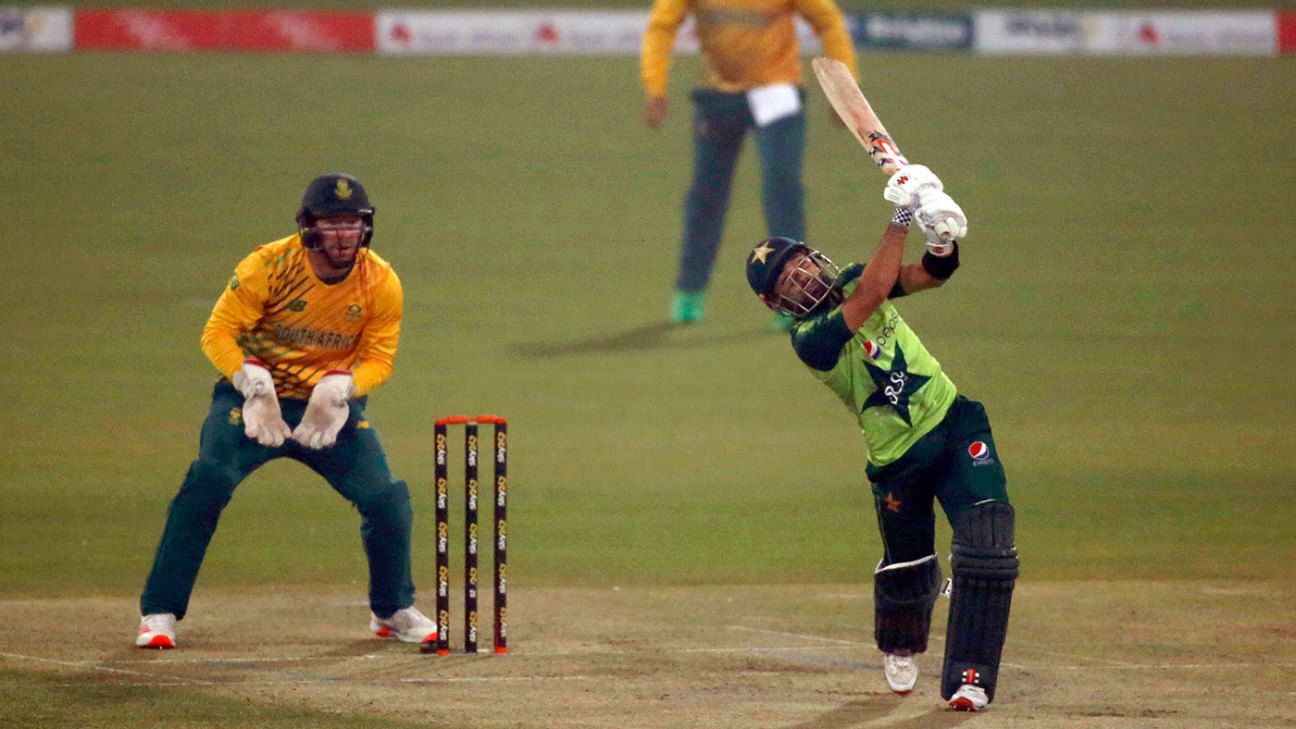 The decision to elevate wicketkeeper batsman Mohammad Rizwan as captain as captain of Multan Sultans was more to do with his inherent leadership qualities than his recent red-hot form, according to head coach Andy Flower. Flower said his franchise would like to play a part in Rizwan’s development for the good of Pakistan cricket.

Multan have taken a bold decision days before the start of the new season, removing their previous captain Shan Masood, who led them to the play-offs last year. While the decision raised eyebrows, the franchise played it down saying it was a consequence of a change in hierarchy. ESPNcricinfo understands that Alamgir Tareen, a businessman, has taken over complete ownership of the Multan team and that Ali Tareen, his nephew and face of the franchise over the last two seasons is no longer with them. Multan insisted the decision to replace Masood was based on cricketing intelligence.

“Rizwan has shown that he’s got leadership qualities when he captained Pakistan while Babar (Azam) was injured,” Flower said. “He’s also got a really good record in domestic cricket, recently won the T20 tournament for his state (Khyber Pakhtunkhwa) so he’s got the qualities to make a very successful leader. I don’t know him well, but obviously been doing a bit of research on him and he had some of the leadership qualities that we’re looking for for a new way forward. In saying that, I would say that I really enjoyed working with Shan Masood last year. I thought he captained very well, played very well, and was very much a part of us doing well last season.

“However, nothing stays permanent in life and this is a change that we’ve made. Shan is still a very important part of the Multan group. In whatever way, as a batsman or an internal leader, he’ll still play a very big part in this upcoming tournament. But for the moment, Rizwan is our captain and we’re very much looking forward to him leading the side and us getting to the play-offs again. It’s not a short-term decision. Rizwan has shown leadership qualities over a longer period of time and It’s not just his form with the bat.”

Rizwan has made a remarkable turnaround after being frozen out of the Pakistan side for two years while Sarfaraz Ahmed was Pakistan’s first-choice wicketkeeper and captain. He has now firmly established his place across formats with PCB naming him vice-captain in Test cricket. He announced himself in England last year to win a Player-of-the-Series award and his stocks rose further in New Zealand even though the team lost both Tests there.

Even before the New Zealand tour, Rizwan had impressed in domestic cricket. In the National T20 tournament, he scored four fifties, including an unbeaten 99 against Central Punjab, which helped him finish as the highest run-scorer. His tournament tally of 389 runs at 38.90 – and a strike rate of 127.96 – led Khyber Pakhtunkhwa to the 2020 title.

“We would like to be a part of his development for his own good, and also for the good of Pakistan cricket,” Flower said. “All of the franchises, I think, need to keep in mind the development of Pakistan cricket and its long-term good and Rizwan is case in point. In our particular example, Shan is a really good young man and a strong young man. He’s had various speed bumps and hurdles to overcome in his young career and this will be another one for him. It’s not easy for him and we can empathise with him, but we all grow stronger from some of these hurdles that we have to overcome. And in this case, I am absolutely certain that that is the way Shan will react.”

Although he is yet to play T20Is for Pakistan, Masood rose to prominence with good run in domestic cricket last year scoring 569 at 27.09 at a strike rate of 125.60. However, he isn’t an explosive opening batsman and with Rizwan likely to play in the top order Masood’s chances of keeping his place seem bleak with James Vince, Chris Lynn, Sohaib Maqsood, and Rilee Rossouw also around.

“We’ve got a good number of options for the top order, but there are also people in that line-up that have batted at Nos. 3 and 4 quite regularly,” Flower said. “So we’re not concerned about the order. I think it’s a strength for us. That we have players that are adaptable and that we can adapt either to the conditions that are at play or the opposition and some of their tactics. So we think that the number of options that we have at the top of the order and in the middle order is a strength. If you’re asking about what particular order we’re going to use, I’m not going to tell you right now, we’ve got a couple of practice matches now, but obviously sharing that sort of information for our opposition, we wouldn’t do that.”