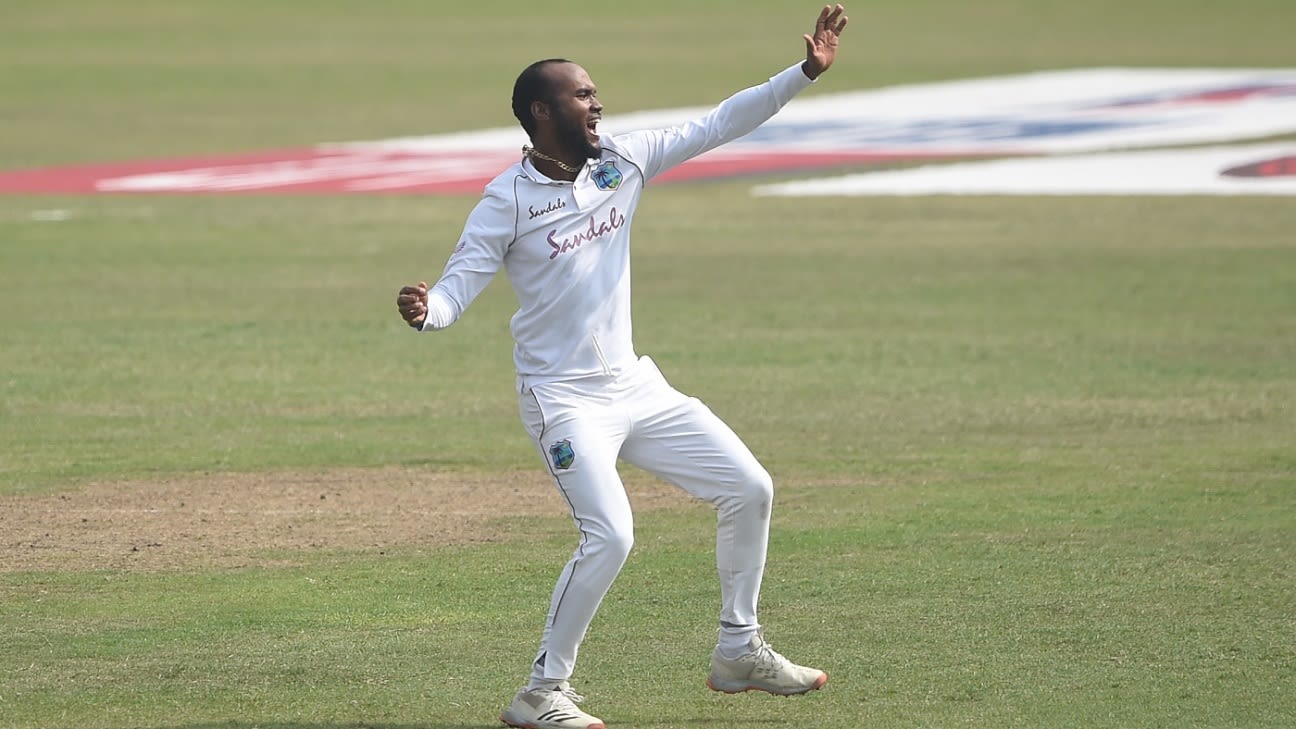 “This was among my top career achievements. I enjoyed every moment just being around this team”

West Indies captain Kraigg Brathwaite has said that sweeping Bangladesh at their own turf is an “amazing” achievement, especially having been on the receiving end of such a defeat, back in 2018 when Jason Holder had pulled out due to an injury. This time, it wasn’t just Holder who was missing, but a whole host of West Indies top players decided not to tour Bangladesh, which left the reins for Brathwaite.

The young side was no match for Bangladesh in the experience column, but when it mattered, they took control of the Tests in Chattogram, where they won by three wickets after staging a late comeback, and in Dhaka, where they clinched the 17-run win in the fourth day.

“We lost 2-0 the last time we were here so to win 2-0 this time is pretty amazing,” Brathwaite said. “Winning away and sweeping the home team is truly amazing. We will never forget it. The future looks bright. We have to stay strong as a team, and keep the same attitude. This series was amazing.

“We knew what we faced with all the Covid stuff that was going around. We stuck to the batting and bowling plans. This was among my top career achievements. I enjoyed every moment just being around this team, and it wasn’t easy obviously in a bubble.”

“Traditionally on this pitch, when you bat first and get a good total in Dhaka, you win 99% of the time. I was quite confident after the first-innings total. Obviously Bangladesh posted a good total as well. Pitch was still good.

“Yesterday in the field, we were confident we could defend 230. They made a good start that put us under a bit of pressure. I knew that once we got a breakthrough, I thought the wickets would have tumbled.”

Brathwaite said that West Indies’ discipline in the field handed them the advantage, particularly their catching, accurate bowling and batting partnerships.

“Bangladesh played well but in some stages we got the better of them which was kudos to our discipline as a team. We were disciplined especially in the second innings of the first Test. (Nkrumah) Bonner and (Kyle) Meyers batted for two sessions, which was quite crucial for us.

“I was confident all along. The key to winning is discipline. We took 17 catches in the Dhaka Test. We bowled to the fields, and from a batting point of view, building partnerships and putting runs on the board, I think we will continue to do well as a team,” he said.

“All three were fantastic in the series. I am not surprised. Before the series started, I had a chat with Meyers and Bonner. They were hungry. Joshua showed fight in his first Test in New Zealand, and I knew he would come out fighting here.

“These guys wanted to represent West Indies, and made their families proud. They were all in the ODI team so their experience served them well. They were very motivated in the Test series to turn the table on Bangladesh.”

Among his favourite moments during this series, Brathwaite recalled Shannon Gabriel’s third-day spell in which he pounded Mominul Haque, Shadman Islam and Najmul Hossain Shanto with one bouncer after another. Brathwaite also remembered how Jomel Warrican kept saying he can take the last wicket in Dhaka.

“There isn’t one favourite moment. Kyle Mayers scoring the double-century, the way Bonner batted, just looked so easy working the spin, Joshua showing the fight and Shannon’s spell at the end of day three (in Chattogram). It was very inspiring.

“It was a whole team effort. The final moment, when Warrican took the last wicket. He kept telling me he will do it. That capped it off.”