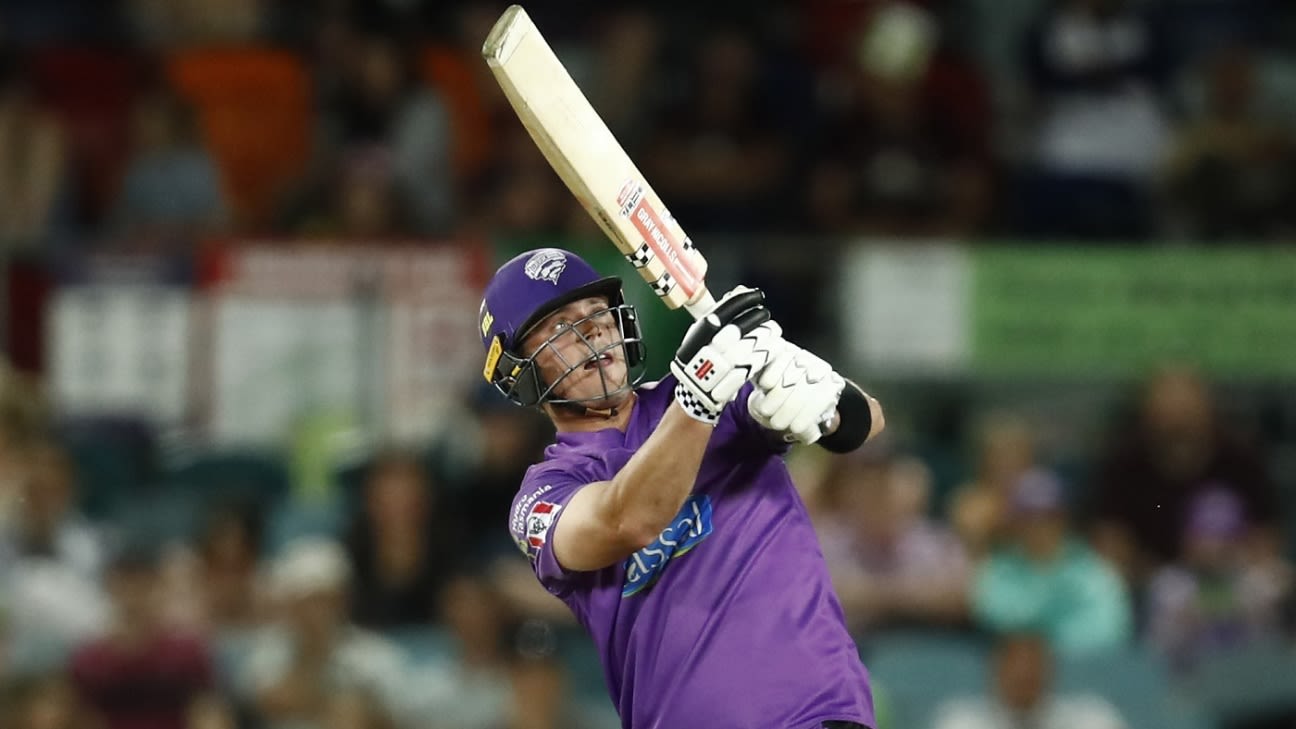 Ben McDermott believes he returns to Australia’s T20 side a different player after a 16-month absence but he knows his move to the top of the order for the Hobart Hurricanes will hinder his chances to find a permanent place in Australia’s line-up.

McDermott played 12 T20Is for Australia in 2018-19 but battled in a difficult middle-order role as Australia struggled to settle on a winning combination in the first two years of Justin Langer’s coaching tenure.

He made just 98 runs from 10 innings at a strike-rate of 93.33 and suffered the ignominy of being run out in three of his first four innings.

“That was probably through a role that I don’t do for the Hurricanes anymore, which is bat in the middle,” McDermott said. “Batting up the top of the order now, I’ve sort of forced my way back in there with an amount of runs. But that comes with the challenge of batting at the top order at this level, which is pretty stacked obviously with Finch, Wade, Philippe, and all these guys, Stoinis, so it’s a tough spot to crack.”

He has forced his way back into the squad for the five-match T20 tour of New Zealand on the back of an excellent season for the Hurricanes where he made 402 runs in 12 innings at a strike-rate of 139.58, featuring scores of 96, 91, and 89 not out in chases.

He spent the entire season batting in the top three and even opened in six games while Matthew Wade was absent. Australia captain Aaron Finch has already declared that he, Wade, and Josh Philippe will make up the top three at the start of the tour, with Glenn Maxwell and Marcus Stoinis set to start at No. 4 and No. 5. McDermott understands where he sits in the pecking order.

“I doubt that my opportunity will be in the top order,” McDermott said. “I’m sure if I do get into a role it will be through an injury to those top three guys. Obviously, Philippe has been the Player of the Tournament for the Big Bash and Finchy has got an outstanding international record and Wadey has come off, the last time he played a T20I he got 80-odd against India. So I’m pretty sure they’ll be the top three. But if I do get an opportunity it will probably be through the middle. It’s a very strong batting line-up still. A lot of big names to jump.”

Stand-in coach Andrew McDonald has flagged that Australia will use this tour to try and find some permanent answers in the middle order, which has been somewhat of a revolving door even when Australia has been at full strength. McDermott said he had learned some valuable lessons from his first 10 international innings in the difficult role and had been making improvements with Tasmania and Hurricanes batting coach Jeff Vaughan.

“Being able to strike boundaries and being able to strike at a decent strike-rate from ball one. I think that was key for success and I wasn’t able to do that all. I’m sort of someone that needs a few balls to get going. It’s something that I’m working on is being able to hit a boundary early on and get myself going.

“We just went through being able to start your innings at 100 percent and we talk a lot about looking for four first and your last option is hitting a one. I probably got into a little bit of a mindset early on in my innings that I was just looking for a one or a two and then missing out on boundary options early.”

McDermott also has one eye on the available spots in Australia’s Test middle order. He made an excellent start to the Sheffield Shield season for Tasmania before scoring a century against India for Australia A. His form prompted Shane Warne to say that McDermott should be Australia’s next Test match No. 5 but he knows he needs to add to his two first-class centuries before that can become a reality.

“That’s the pinnacle of cricket for me, playing Test cricket,” McDermott said. “It was nice to hear Warney say those nice words about me but that’s out of my control, what happens at the next level selection-wise. I’m sure that big hundreds are going to be key for that next step. So hopefully I can do that. I’ve only got two first-class hundreds at the moment. So hopefully I can finish off the back of the Shield season strongly and put my name up there again.”

Tom Haines hundred puts England Lions in control against Sri Lanka A
In case you don’t know me: Steve Smith | Direct Hit
Rana in for Pandey as India opt to bat
South Africa target series sweep as England brace for six of the worst
“Grassroots Is The Most Important” | Chris Woakes & Keith Forman | LV= For The Love Of The Game