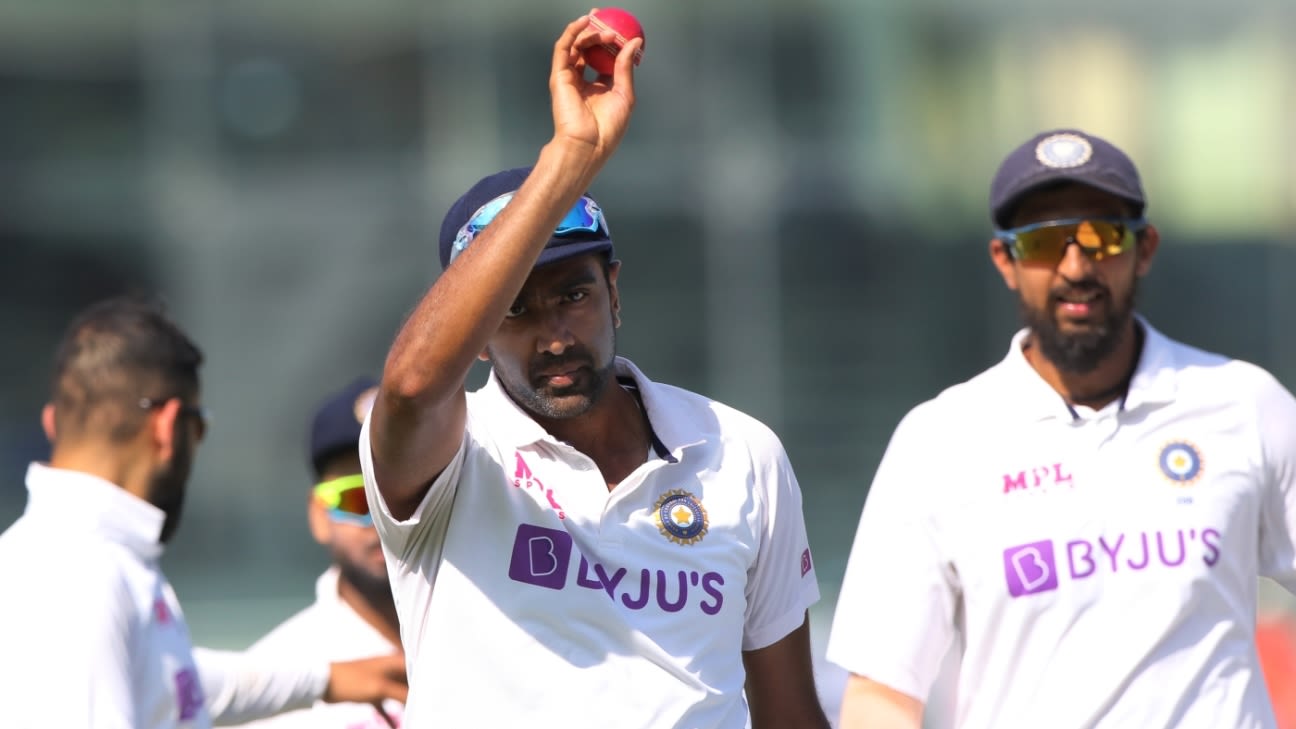 “As a community we should be able to embrace how good a cricketer is. We can see a lot of positives, but we tend to choose the negatives”

After delivering a dream performance in front of his home crowd, R Ashwin has asked for more positivity, understanding and pride from the cricket community in India. Ashwin’s eight-wicket haul and century led India to a series-levelling win in Chennai where the crowd made him “feel like a hero“, cheering every move of his on the ground.

However, one of the other heroes of India’s incredible success in Australia and here, Rishabh Pant, was not long ago made to feel like a villain in Indian grounds when the crowds chanted MS Dhoni’s name whenever he made a mistake. Ashwin compared the opinion around Pant to the one around a young Australia cricketer when asked what he made of Pant’s wicketkeeping.

“I didn’t think I would say this but I am coming out and saying it,” Ashwin said. “But because you are asking me this question, I couldn’t think of anything else. About two months ago we had a cricketer called Cameron Green who made his debut for Australia. Even before he made his debut, everybody said he was the next big thing. And as he was playing, I think he got one fifty in the entire series. I don’t think he got a wicket through the series. But how much he was built up and how much confidence he was given back in Australia made me reflect and think about how we as a community treat our cricketers when they come through, the young ones. It gave me a massive perspective.

“Rishabh Pant was always going to be a good cricketer, he was always going to improve. Only if we back them in such a way that they can improve, they will improve faster. But if you are going to find those loopholes and faults, cricketers are going to take that much longer. It is more of a mindset issue for us. As a community we should be able to embrace how good a cricketer is. We can [choose to] see a lot of positives, but we tend to choose the negatives. If we see a lot more positives, we will see a lot more champion cricketers.”

That is not too different with what happened with Ashwin the batsman when he went through a lean phase and started to lose his place in the side in away Tests because of his batting. The turnaround began with the tour of Australia, blossomed with his match-saving effort in Sydney, and the cherry on the cake was the hundred in front of his home crowd.

“The last hundred I scored was in the West Indies in 2016,” Ashwin said. “Literally five years ago. A lot of people were frustrated that I have the batting ability but I am not able to contribute. The problem is, in India there are so many opinions and they all lean towards advising you. Nobody pauses to think how the cricketer thinks. And what help is needed. The way I needed some help, I also needed some reassurance, which I got from this batting coach [Vikram Rathour]. During the Covid-19 lockdown I practised a lot at home. Hitting balls against the wall, sweeping, footwork, everything. All put together, it was an outbursting of emotion when I reached the hundred.”

Ashwin asked for a similar positive outlook towards the spinning pitches. The one for the second Test in Chennai received criticism from former players – mostly outside India but a few Indian names too – for being too loaded in favour of spin too early into the match.

“Everyone is entitled to their opinion,” Ashwin said. “Whoever is giving their opinion are well within their rights. It is us who are reading into it and seeing if it is working or not. As a cricketing fraternity or a country, the way we deal with such accusations needs to get better. We must hold our pride in saying how we are playing good cricket. Test matches are won over a period of time. You play a lot of overs.

“When people give their opinions, I am completely fine with how they have opinions. We will also have our opinions reserved when we tour. We don’t complain or crib, we just get on with it. I have never seen any of our greats, be it our coach Ravi Shastri or Sunil Gavaskar. They have been on lots of tours. I have never seen them talking about pitches having a lot of grass. It is more of a mentality. When people come out with such opinions, we should respect them but we should be able to magnanimously deflect them.”