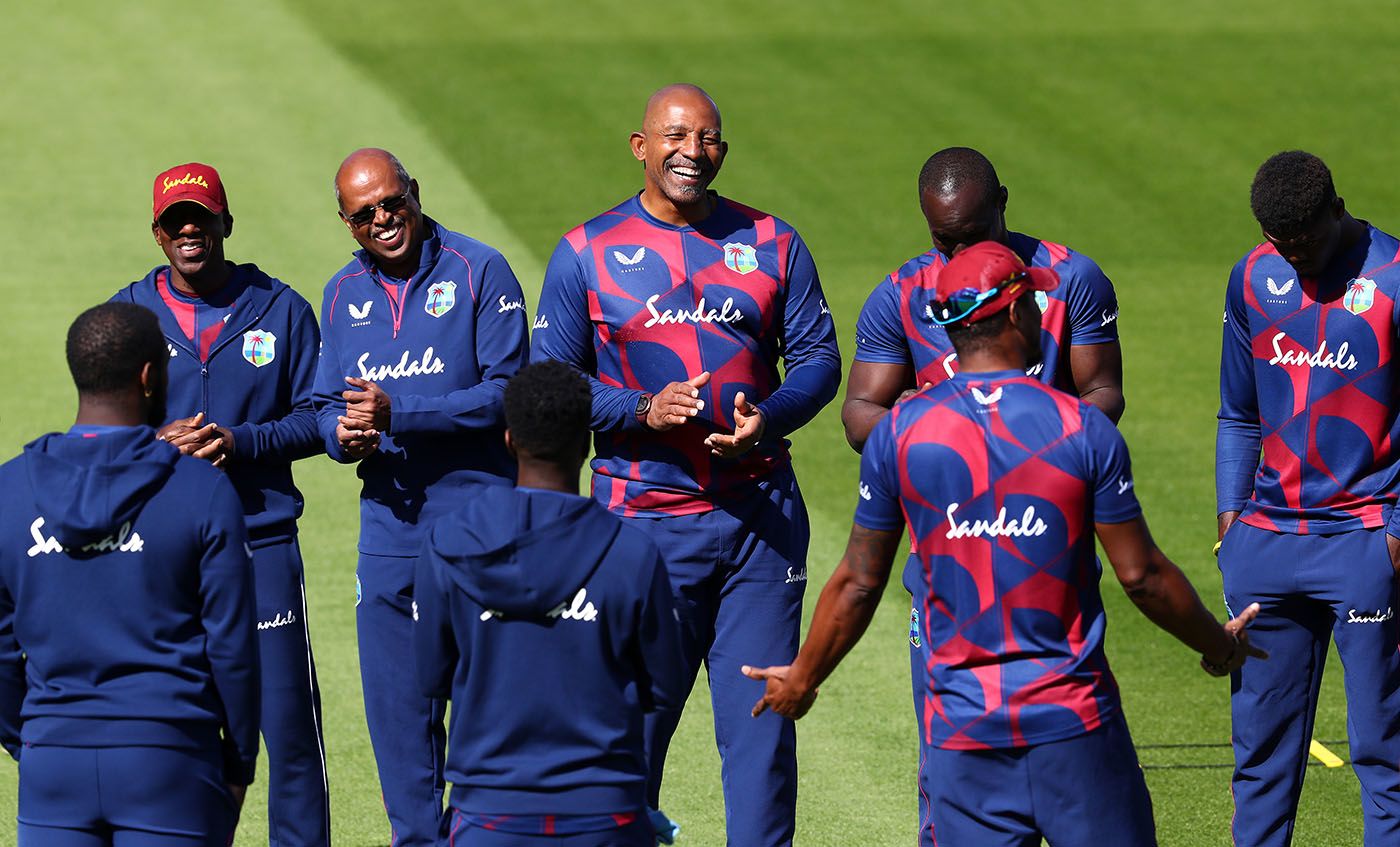 “You want people to know that they have to perform because others are waiting to come in if they don’t,” says coach

The heightened competition for places in the West Indies team has the potential to make them a stronger unit, says coach Phil Simmons. West Indies completed a remarkable 2-0 series sweep against Bangladesh while missing several first-choice picks, and Simmons said the result showed players couldn’t take their places for granted.

West Indies lost the ODI series that preceded the Tests comfortably, but they battled hard to win both Tests, with several debutants and rookies putting in match-winning performances.

“As coaches and selectors, you want people to fight for their positions,” Simmons said. “You want people you pick to know that they have to perform because there are people waiting to come in if they don’t. That’s when your cricket starts moving upward. Let’s hope this is the start of the upward movement.

“It puts things in perspective that it is just not one or two players that can play this game. It gives us the opportunity to pick who is doing well. It also puts pressure on people to do well because there are other people who can come in. So it goes both ways. Nobody ever doubted the talent pool in the West Indies. It has always been high. It is just how it is being preserved and developed.”

Simmons said that he was pleased with the hard work and attentiveness shown by the West Indies players in Bangladesh. “The work ethic and the ability to absorb information, given by the coaches, and try to put it together. I think the guys were completely open-minded about what we need to do to be good in the series. If you’re good in the series, you have a chance of winning it,” he said.

Simmons also praised offspinner Rahkeem Cornwall, who topped the wicket-takers’ chart in the Test series. “I think he was outstanding. His ability to bowl long spells helped us in this series. His ability to put people under pressure and get wickets.

“It was good to see that he got 14 wickets in the series with so many experienced spinners in the other team.”

But while pleased with West Indies’ performance overall, Simmons also wanted improvement in all facets.

“I think we need to improve on all areas,” he said. “We still need to score 400 runs consistently. We still need to be able to apply pressure when we are bowling. We leaked a lot of boundaries in this Test. We caught 17 catches but we dropped six or seven of them. There’s improvement (needed) in every aspect.”