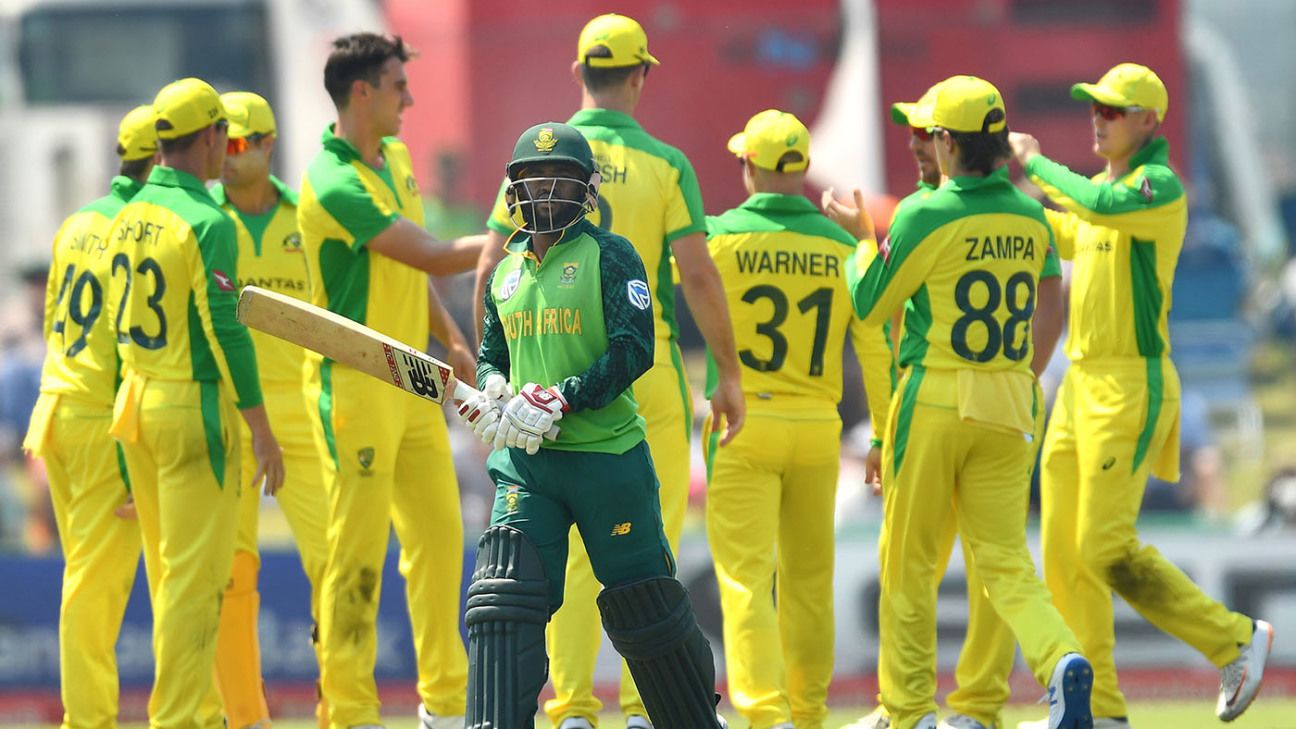 “It hasn’t been positive on trying to find a window but we are working hard,” says CSA’s director of cricket

Relations between Cricket South Africa (CSA) and Cricket Australia (CA) remain “strained,” as South Africa seek to move on from the indefinite postponement of a three-Test series that was due to take place on the Highveld in March.

With no international teams available to play in that prime summer window, CSA’s director of cricket Graeme Smith announced that South Africa will play domestic four-day cricket over that period and will soon announce a busy winter program to tide the men’s national team over to next summer. There is no indication of when the Australia series will be rescheduled.

“The relationship is definitely strained at this stage,” Smith said, in a virtual press engagement on Monday morning. “There is an effort from our side to engage and set up a meeting at board level. Engagement needs to happen to improve things between South Africa and Australia.”

Smith reiterated that South Africa would like to play Australia “in this calendar cycle,” but conceded it is becoming increasingly tough to find a window. “We’ve had some engagement with the operations side of Cricket Australia and it hasn’t been positive on trying to find a window but we are working hard,” he said.

Last week, as reported by ESPNcricinfo, CSA wrote to both the ICC and CA to express their dismay at the tour being postponed and to warn that smaller nations are being sidelined by the Big Three. Smith added that the Coronavirus pandemic is making it more difficult for less wealthy nations to secure financially-rewarding visits from England, India and Australia.

“Covid-19 has amplified the haves and the have-nots. The FTP is going to be challenging with potentially eight ICC tournaments in eight years, an extended IPL and a lot of the calendar dominated by England, India and Australia. It makes it extremely challenging for the rest of the member nations,” he said.

“I don’t think world cricket wants three nations competing against each other in 10 years time. How does that benefit the game?”

“The game needs leadership. It needs to understand the complexities. I don’t think world cricket wants three nations competing against each other in 10 years time. How does that benefit the game? It doesn’t. That will amplify the leagues and leagues will get bigger and the rest of the nations will have little to no content. It has been fast-tracked because of Covid. These issues are becoming more relevant and amplified and the ICC have found themselves a little bit off guard with these issues.”

In the absence of a formal complaint, CSA have no recourse against CA and have to make do with a leaner summer calendar and less money. Apart from the costs they incurred in attempting to set-up a biosecure environment for the Australia tour, CSA will also not make R40 million (US$2.7 million) in television revenue until the series takes place. Additionally, they have also spent extra money in setting up biobubbles for domestic competitions including the one-day cup and the T20 tournament, which starts on Thursday. “I don’t have a figure but it’s a lot more than what we have paid in the past,” Smith said.

All nationally contracted players will be available for the T20 tournament, adding some heft to a usually low-key affair. They are also required to play in the four-day competition and CSA are in talks with pay-television provider SuperSport to have some matches televised before South Africa host Pakistan for three ODIs and four T20s in April.

The Pakistan series is likely to clash with the early part of the IPL, and CSA is yet to confirm if they will release their top players and play a second-string side against Pakistan or keep the contracted players at home.

“We haven’t made a definitive decision on that yet. We’ve just announced those fixtures. We are still waiting on dates for the IPL so internal engagement needs to happen with management and selectors and we need to get into a discussion over how we are going to move forward with the IPL,” Smith said. “My opinion is that we need to invest in South African cricket and it needs to come first but we have made a commitment to release our players over the years to IPL. It’s something we will need to robustly debate.”

South Africa are facing a West Indies-style conundrum now where they know it is more lucrative for players to participate in leagues like the IPL but they also need to keep as many players involved with the national set-up as possible to build consistency in a time of transition.

Since Mark Boucher took over in December 2019, South Africa have won only two out of eight trophies and have failed to make gains on the World Test Championship or limited-overs’ leagues. They’ve also had long breaks in play because of the pandemic, something Smith hopes will change in the winter.

“We need to get our players playing,” he said. “We’ve got a lot of growth to happen in the men’s game. Players need to step up. We’ve got to improve and we’ve got to get the team playing. That’s my ultimate goal.”

Potential fixtures could include rescheduling a white-ball tour to Sri Lanka, which was postponed last May, or a visit to the Caribbean, which was due to take place last July. South Africa are also looking at a visit to India before the T20 World Cup. The FTP, as it currently stands, has India visiting South Africa in the 2021-22 summer, an away trip to New Zealand and a home series against Bangladesh but all these fixtures are subject to what Covid-19 restrictions are in place and to securing player safety, which has made planning the cricket calendar more complicated than ever.

“There is an FTP schedule but some of these windows were worked out ages ago and there is an opportunity for members to manoeuvre, to add tours or to make up for lost tours,” Smith said. “These details take a bit more time, especially with every nation trying to fill the gaps caused by Covid-19. It’s a bit of a bunfight out there.”

Former New Zealand quick Heath Davis comes out as gay
SLC: Security issues, ‘negative publicity’ among reasons Asia Cup was shifted
Powar says with India ‘evolving’ in T20Is, player roles in the XI will be fluid
Zimbabwe riding high after T20 triumph but reinforced Bangladesh a fresh challenge
Rohit on giving Avesh Khan the final over: ‘It’s all about giving the opportunity to these guys’