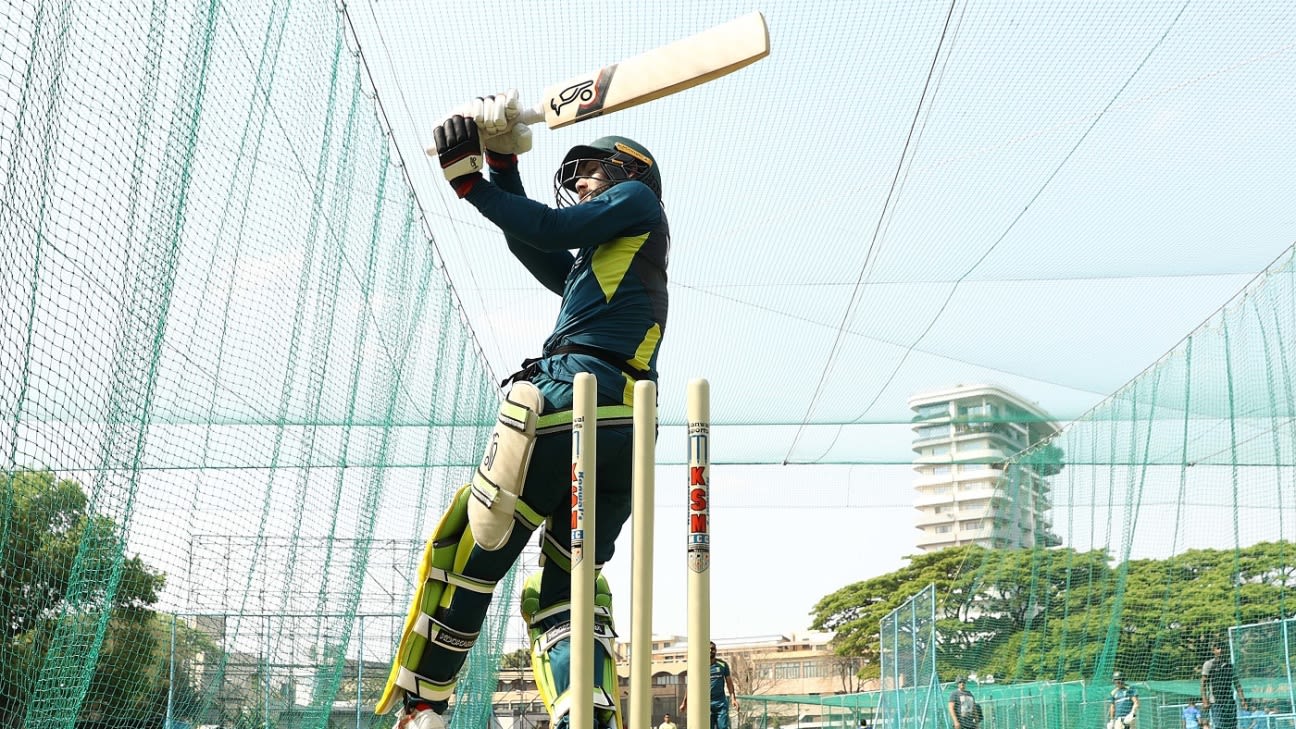 Australia are scheduled to play eight Tests in the subcontinent, including four in India, next year

Glenn Maxwell believes that spinning conditions in Asia, a stratosphere away from anything in Australia, will give him a chance to return to the Test team even if schedule clashes and Covid-19 complexities conspire against his ambitions to play more Sheffield Shield games for Victoria over the coming year.

Ahead of the T20I series in New Zealand, Maxwell could not have been clearer about his desire to return to the Test ranks, after having played the last of his seven matches in a baggy green back in 2017 in Bangladesh. He suggested that a looming glut of matches in Asia, and difficult surfaces like the one India and England have played on in Chennai this week, gave him a greater chance of returning to the thoughts of the national selectors.

While there is a strong white-ball focus for Maxwell given that there are two T20 World Cups lined up for India (Covid-19 permitting) in 2021 and Australia in 2022, he admitted on Monday that he had discussed the possibility of a Test return with the selectors, as two Tests in Pakistan, two in Sri Lanka and four in India are all on the calendar for the next year. Australia have not played that many Tests in Asia in one year since 2004, when another spin specialist, Darren Lehmann, played some of the finest innings of his career in Sri Lanka and India, some years after it seemed he had been discarded.

“I think even watching this current Test, you’re not facing these conditions in Australia, so you’re probably not learning a whole lot off Sheffield Shield cricket in Australia,” Maxwell said. “Not really getting a gauge on what guys are going to be like under that sort of pressure with the ball spinning square, keeping low, bouncing over your head. It’s just a different beat completely, so to be able to pick a Test side based on Sheffield Shield cricket it’s probably a little bit more difficult, I think you’ve got to go in with a lot more specialists, who can adapt to spinning conditions and find a way to score in those conditions as well.

“I’m hoping that can put me in good stead even if I don’t have the time on field with the Sheffield Shield, I can find a way to play a few more series in the subcontinent over this year or however long and put my name forward, put up some good numbers, and show that I’m still a good player of spin.”

“It’s been a changing landscape for us with the rules around hubs frequently changing with quarantine on the way back as well. So we’ll see, hopefully the schedule allows me to get out there and play another game of red-ball cricket, but we’ll see”

Earlier this season, there had been some depiction of Maxwell and Aaron Finch as no longer being Shield players for Victoria, a view that the state coach Chris Rogers was quick to contradict. Maxwell was equally adamant that he wanted to see ways found to add to his tally of 67 first-class games and seven Tests.

“I’m certainly keen to still play red-ball cricket and still push my case forward to still play Test cricket,” he said. “I feel like I’m still very much in the prime of my career, I’m only 32, there’s still a fair bit in me, I’m fit and young-feeling still, I feel like I’ve still got a lot to give in red-ball games. So certainly not done and dusted there.

“I think with the schedule as well, next year there’s quite a few subcontinent tours that I feel like I could certainly add something to that Test squad if I was selected, and I’ll certainly be doing everything in my power to try and get on those tours and if I can somehow get some red-ball cricket at some stage or some time in Asia to work on my game over there, hopefully that can be enough to get myself back into the baggy green.

“If the schedule allows certainly and things with Covid haven’t been exactly clear all year, it’s been a changing landscape for us with the rules around hubs frequently changing with quarantine on the way back as well. So we’ll see, hopefully the schedule allows me to get out there and play another game of red-ball cricket, but we’ll see.”

As for the current tour, Maxwell said that he and Finch were eager to see the squad’s bevy of younger players demonstrate their prowess under international pressure. At the same time, Maxwell said he had learned from painful experience that his own preparation needed to be balanced between focus on the task and keeping his mind fresh.

“I think it’s more role-play for the players in our side,” Maxwell said. “There’s going to be a few debutants, they’re going to have an amazing opportunity to push their case for the T20 World Cup, I think there’s about 15 games before that starts, so plenty of opportunities for guys. And just to see how they go under pressure, New Zealand are a very good side, got some really good players and it’s going to be good to see how these players play under international pressure. We’ve seen them do it in the BBL, we’ve seen them play well, but international cricket’s a different beast, so hopefully our players can stand up and put up a good front and go well this series and put their names forward.

“Learning from past mistakes is burning the candle too much and being flat come game day. In the past, I’ve trained really hard leading up to series and started well and then deteriorated as they go on. To give myself only a few days lead-in and hit the ground running still and keep that form continuous is probably pretty key for me going forward. It’s all well and good preparing for a period of time and trying to get used to conditions, but you’ve still got to be mentally and physically good to go through a whole series, not just the start.”