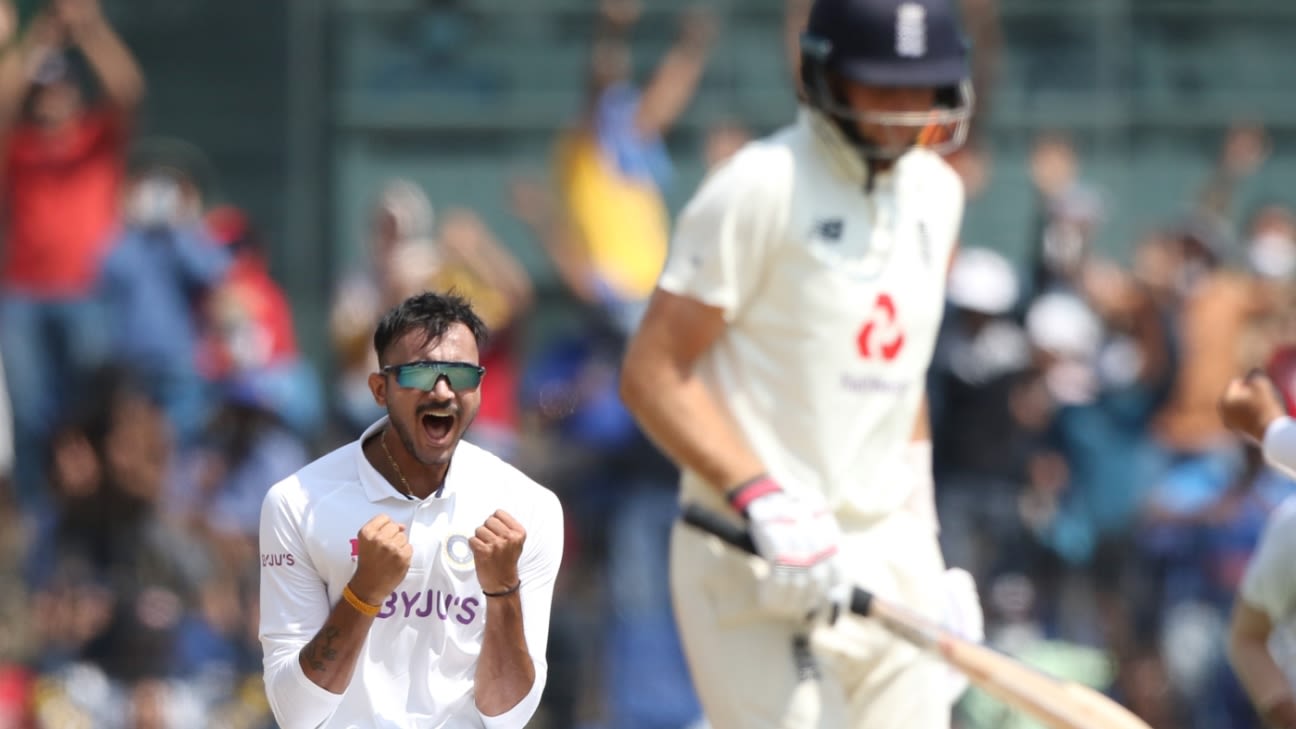 “When we go abroad and get a seaming track, we don’t talk about excessive grass on the pitch”

Debutant left-arm spinner Axar Patel has asked the critics of the Chennai pitch to change their mindset towards spinning pitches, pointing out that India never complain about seaming tracks when they travel.

The Chennai pitch has received criticism from former players such as Michael Vaughan, Mark Waugh, Damien Fleming and Sanjay Manjrekar.

“It’s not as though someone has been hit in the helmet or the toes,” Patel said. “It is a normal wicket. We are playing on the same wicket and scoring runs. I feel no one should have an objection about this pitch. When we go out and get a seaming track, we don’t talk about excessive grass on the pitch. You have to change your mindset rather than think about the pitch.”

The argument has been that a pitch with puffs of dust and mini-explosions on day one will only get worse for batting, turning it into lottery. But as Patel said, India have scored runs in both innings whereas the whole England side managed fewer runs in the first innings than Rohit Sharma’s 161. He was even asked if there was extra determination from R Ashwin and Virat Kohli to bat on and score as many as possible even though they had more than enough runs on the board.

“We don’t think of outside and if we have to send a message,” Patel said. “We just batted normally. If it had been day four we would have thought of declaring.”

Patel also said this wasn’t a pitch where you just turn up and release the ball and the surface will do the rest for you.

“The way the wicket is behaving, you know there is spin, but the spin is there only if you put some strength behind the ball,” he said. “If you leave it like that or flight it too much, then there is not much turn from the pitch. The speed has to be high. Otherwise the batsman is going back and has time to adjust. Speed is very important for a spinner on this pitch.”

Patel had all the strength to give after missing his debut a week ago with a niggle in the knee. He said that while it was frustrating to miss that match, had he risked it, he could have ended up losing out on giving his best in both the matches.

“I was selected to play the first Test but I pulled out because of the injury,” he said. “I didn’t want to play with a niggle and take the risk of letting the team down halfway into the match. The physio told me if I gave it time I will be fine for the second Test. So the physio and I took that call. It was frustrating but the positive is that I could give my 100% here.”