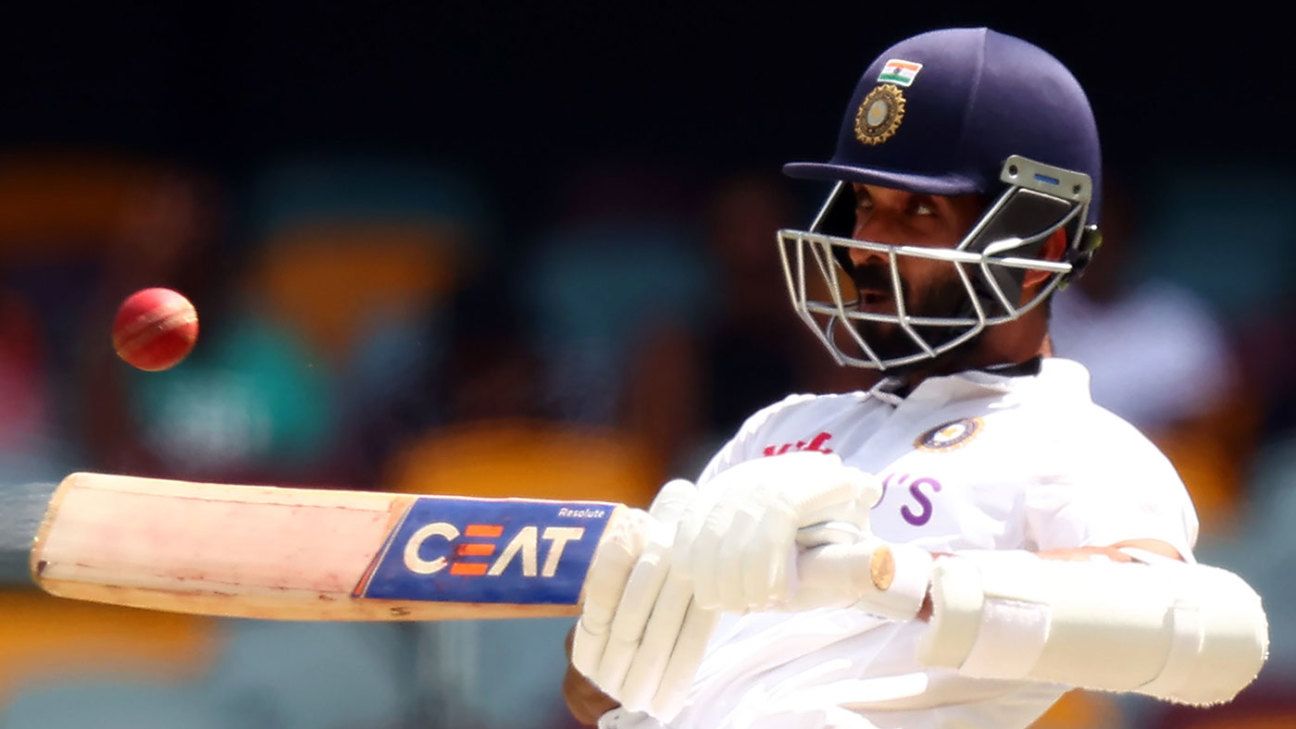 “It is all about what the team wants from me – and then go and contribute. And I am pretty much confident about that”

Ajinkya Rahane is a man of few words. He keeps his assertions for on the field. On the eve of the second Test against England, though, he hit back at those questioning his batting, asking them to check his record. Rahane scored a resounding hundred in Melbourne, adjudged as the innings of the year by ESPNcricinfo, but either side of that knock have been 13 innings without reaching 50. More of a concern with Rahane is that his numbers are better away than at home, where he averages 37.75.

“We are playing at home after two years,” Rahane pointed out. “We played last home series against South Africa. If you take that record out, you will find something over there. It is all about the team. It is not about any individual. My focus is completely on how I can contribute for my team. If you check out the last 10-15 Test matches about my individual performances, you will see some runs over there. I don’t need to worry about what is happening and what happened in the first Test match. It is all about what the team wants from me in this Test match. And then go and contribute. And I am pretty much confident about that.”

The South Africa series that Rahane spoke about took place in October 2019. He scored a century and a fifty, averaging 72. In the series against Bangladesh that followed, he scored 86 and 51 in the two innings he got to play. In the most recent home Test, though, Rahane managed scores of 1 and 0.

From being propped up as a full-time captaincy candidate to having his place questioned in the space of just one Test is some ride. Sanjay Manjrekar’s tweet summed it up: “My issue with Rahane the captain is Rahane the batsman. After that 100 in Melbourne his scores are – 27*, 22, 4, 37, 24, 1 and 0. After a 100, class players carry their form & carry the burden of players out of form.”

However, Rahane enjoys full confidence from the full-time captain, Virat Kohli. “Ajinkya, I have said this many a times in the past as well, along with Pujara, he is our most important Test batsman and he will continue to be as we believe in his abilities and he is an impact player,” Kohli said after the first Test. “If you are talking about MCG Test, he stood up and scored a hundred when the team wanted it most. You can look at number of innings and what happens from thereon, the reality is we won the series in Australia.

“Here it is just one innings, and today you can put that innings aside but in the first innings he wanted to score a boundary and it was a brilliant catch by Joe [Root] that got rid of him. If that goes for a boundary and he scores runs, then we are not having this conversation, so there are absolutely no issues and everyone is playing really well. We just need to be focused a lot more and understand that Test victories are earned in any condition whether you are playing at home or away from home. Nothing is given in Test cricket, and we need to work together as a team and put in a lot of pressure on the opposition.”

“England came up with their plans of playing sweeps and reverse sweeps. It is not necessary that we are going to play similar shots”

If Rahane is to get the criticism off his back in Chennai in the coming week, he will have to do in conditions more difficult than in the first Test. He himself said the pitch would turn much more. “[The pitch] looks completely different, I am sure it will turn from day one,” Rahane said. “We will have to wait and see how it behaves in the first session and take it from there. We have to forget what happened in the first Test and focus on this. Play good cricket. And we know these conditions really well. We have to put our best forward tomorrow and play as a team.”

In the Bangalore Test that India beat Australia in, from a similar 1-0 deficit back in 2016-17, Rahane led the turnaround in partnership with Pujara. In that innings, Rahane unsettled Nathan Lyon with the sweep, a shot that England employed to good effect against India. Rahane was asked if that is a shot India are looking at.

“It depends on what they bowl,” Rahane said. “What lines and lengths they bowl. Accordingly we play those shots. England came up with their plans of playing sweeps and reverse sweeps. It is not necessary that we are going to play similar shots. It is about what they bowl and how we actually attack their lines and lengths and play our game.”