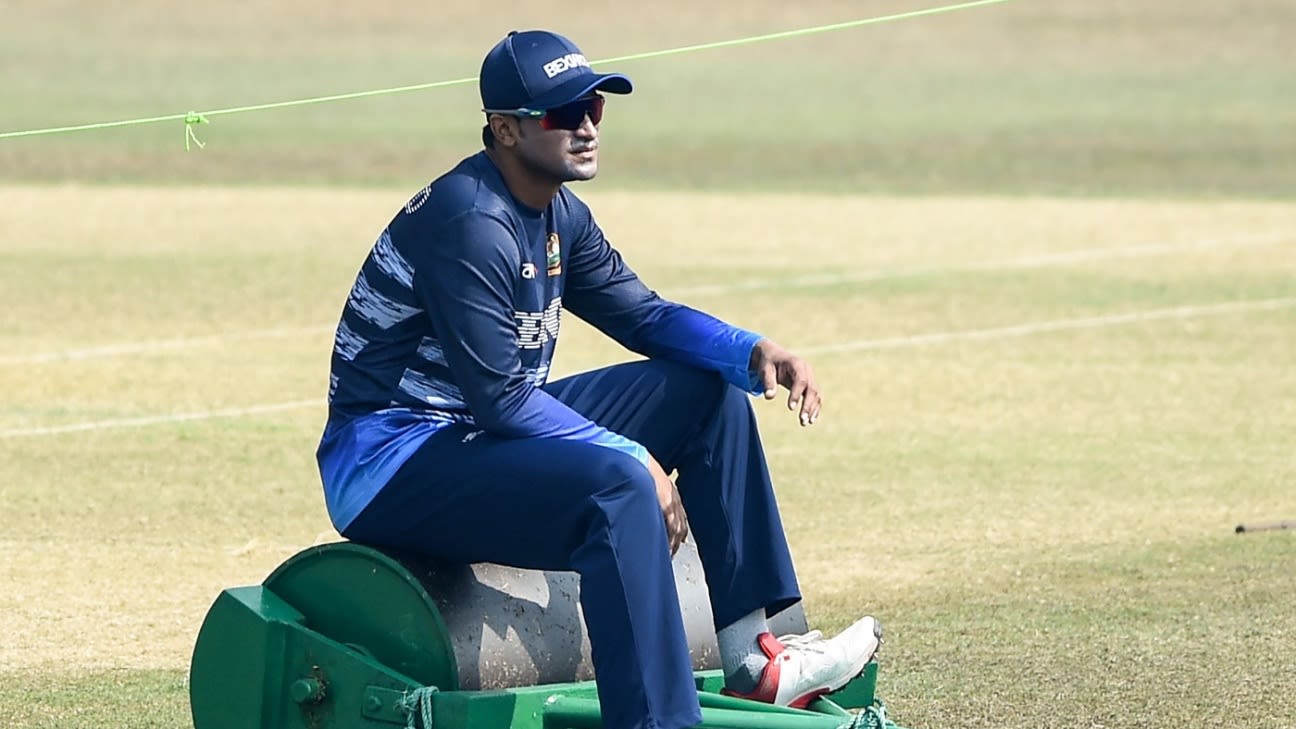 Bangladesh are likely to leave for New Zealand on February 24, nine days after the Dhaka Test ends

Shakib Al Hasan will miss Bangladesh’s tour of New Zealand later this month as the BCB granted him paternity leave for the duration of the entire tour. According to BCB cricket operations chairman Akram Khan, board president Nazmul Hassan spoke with Shakib before the decision was made.

“Shakib is not going [to New Zealand]. He applied [for leave] to stay with his [expecting] wife. After talking to the board president, we granted him leave,” Khan said.

Shakib’s thigh strain forced him out of the ongoing Dhaka Test against West Indies. He is currently recovering under the BCB’s medical team.

Khan said that the Bangladesh touring party is likely to leave for New Zealand on February 24, nine days after the Dhaka Test ends. The players will not have a training camp in Dhaka, as they will only have a short time with their family before getting into a hard quarantine in New Zealand.

“The chances of holding a camp in Bangladesh are low. It’s very difficult to keep players in quarantine or bio-bubble all the time. After this series we will send them on vacation. After that, we might take them from here to there [New Zealand] and train.”