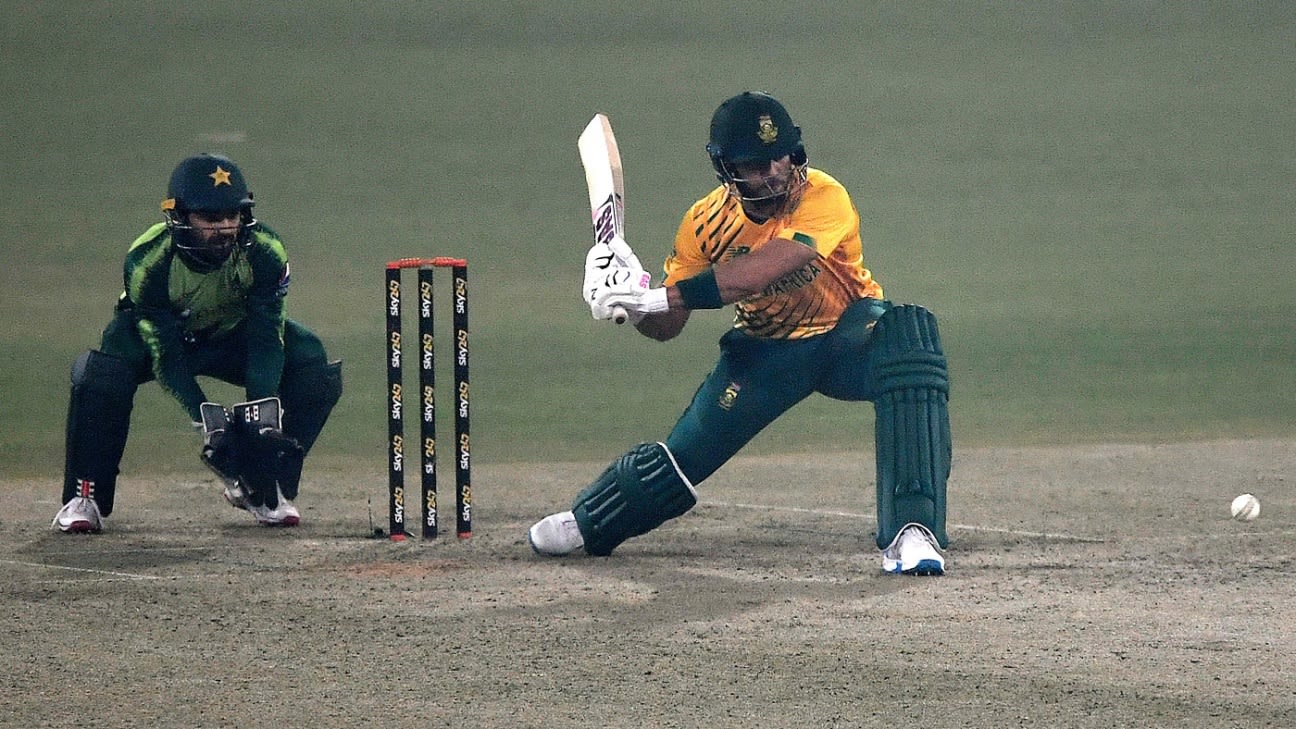 All matches to be played on the Highveld, games will be split between the Wanderers and SuperSport Park

Cricket South Africa has confirmed it will host Pakistan for three ODIs and four T20Is between April 2 and 16, with all matches to be played on the Highveld. The games will be split between the Wanderers and SuperSport Park and will mark the end of a lean South African summer. Sri Lanka and England have been the only other touring teams for short two-Test and white-ball series respectively, after Australia indefinitely postponed a three-Test series that was scheduled for March.

Pakistan, who South Africa are visiting at the moment, will arrive in South Africa on March 26 and will enter a biosecure environment, most likely to be the Irene Country Club, where Sri Lanka also stayed. They were initially only due to play three T20s but CSA asked the PCB to add a fixture in order to provide more content for the hosts. The ODIs will include a Pink Day match at the Wanderers, where funds will be raised for breast-cancer treatment.

“We are grateful to the PCB for agreeing to our request within a short period of time to increase the length of the trip by adding in a fourth T20, which will give us some much-needed additional international content,” Graeme Smith, South Africa’s director of cricket, said. “Pakistan has proved their status over the years as one of the most dangerous limited-overs teams and I’m sure they will give the Proteas a stern test on the Highveld. We will also have the much-anticipated Pink ODI take place during the tour and that is something further to look forward to for the players, the fans and all those associated with this iconic day.”

That still leaves South Africa without international cricket from the end of the current trip to Pakistan, which finishes with two T20s at the weekend, to the end of March – a prime summer window. The national players will return home to play in a domestic T20 cup with only four-day cricket on the agenda for March.

It remains to be seen how much – if any part – of this tour clashes with the IPL, which is likely to start mid April, and how that will affect player availability for either South Africa or the IPL franchises.

Tamim Iqbal out of Bangladesh’s ODI series against India, in doubt for Tests
New Zealand pick Bracewell and bowl; India bring in Hooda for Samson
“There’s Never A Need To Talk To Him”: Shubman Gill On India Star After 2nd ODI
Saini, Saurabh give India A opening-day honours
Ben Stokes leaves door open for possible U-turn on ODI retirement