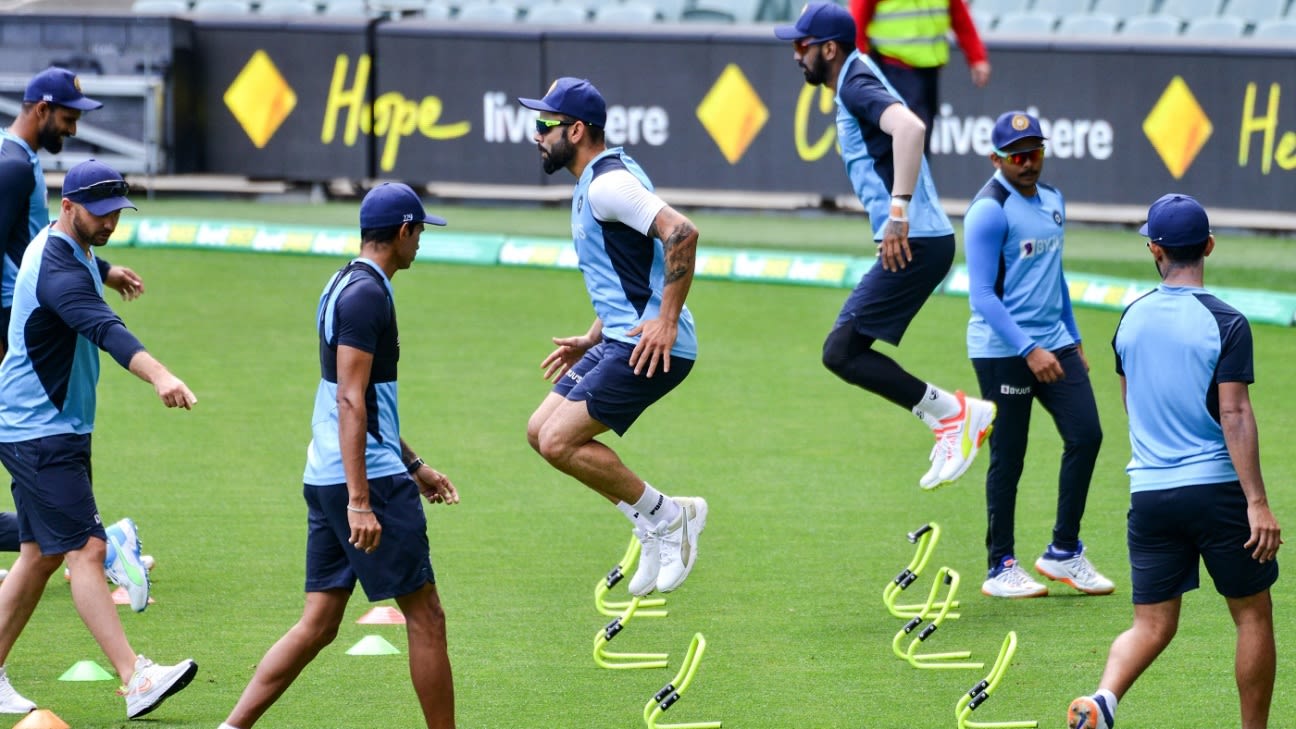 It is no more 16:1. The yo-yo test level for the Indian men’s cricketers has been raised to 17:1. In addition, the BCCI has also added a new fitness parameter: run a two-kilometre time trial, which is now a global fitness standard employed by international cricket teams. It is understood that players have the choice to pick either the yo-yo test or the time trial, but the BCCI has made it mandatory to clear one of the two fitness tests.

These two elements are part of the BCCI’s drive to raise the fitness standards of Indian players and bring them closer to the global standards. It is understood the BCCI finalised the new fitness parameters in tandem with the National Cricket Academy, which is headed by former India captain Rahul Dravid, and the national selectors recently.

While the yo-yo test involves shuttling over a 20-metre distance at increasing speeds, the two-kilometre time trial has to be accomplished in 8 minutes and 15 seconds for fast bowlers, and 8 minutes and 30 seconds for the rest.

ESPNcricinfo understands the BCCI recently sent a list of about 25 players to the NCA, which has the authority to conduct the fitness tests. This pool of names has been shortlisted keeping in mind not just the white-ball segment of the ongoing home series against England but also as part of preparing for the hectic schedule the Indian players will have in 2021, comprising the IPL, the tour of England, a likely Asia Cup, followed by the T20 World Cup in October-November.

It is understood several of the aforementioned players failed to pass the test of their choice at the first trial, conducted on February 8. Those who failed took the test once again on Thursday, and cleared it. Some of them, including Unadkat, Kishan and Siddharth Kaul, also posted a picture stating they had cleared the yo-yo test.

It is understood that some of the players switched from the time trial, which they had failed at, to the yo-yo test. The players welcomed the new set of fitness tests, but wanted more preparation time in future to pass the tests in a better fashion. Although most of the players had played in the Syed Mushtaq Ali Trophy, which concluded in January, they were called for the tests during the downtime, before they travel to different venues to play the Vijay Hazare Trophy, which starts from February 20.

It is understood that more players will be undergoing the fitness tests soon. Among those present currently at the NCA include Shreyas Iyer, Varun Chakravarthy, Deepak Chahar and T Natarajan. Some of these players are also finishing their rehab from injuries picked up during, and before, the Australia tour.

Those monitoring the developments pointed out that it was not a concern in case the player failed the tests at first attempt. The key factor was the players needed to be aware about the reason behind the enhanced levels of testing, including the time trial. The BCCI felt that in an increasingly busy schedule, players need to be able to recover quickly between matches while maintaining peak fitness, and also maintain endurance, regardless of age or skill.

The time-trial, it is understood, has also been introduced to help push fitness levels up further.

Basu Shanker, who was the Indian team’s strength and conditioning coach when the yo-yo test was introduced in 2015, welcomed the addition of time trial. “2k is a good test where you assess the basic conditioning of an athlete and general fitness level. The 2k is similar to the Cooper test. It gives you an idea about your aerobic fitness and your basic conditioning. Let’s say if you are gym goer, if you run the 2k on Speed 10 you might run it in 12 minutes. Here they are asking them to run in 8.15 or 8.30 seconds, which is fairly decent. Other countries have something like 7 or 7.30s. Again, all these things are good because at least people start taken fitness even more seriously.”

According to Basu, even the yo-yo test measures the aerobic capacity of the athlete, but has the additional anaerobic component. “Every time you run 20 metres, you need to accelerate and decelerate, right? That is how this sport is played. In cricket nothing linear.You will run 20 metres, then if you are chasing a ball you will sprint for 20 metres and then decelerate for 10 metres. So I think yo-yo is very, very close to cricket.”

Hendricks, Markram propel South Africa as Ireland again fall short in close finish
Richard Thompson appointed ECB chair for next five years
Hardik ‘more than happy’ to take over full-time captaincy in the future
Series – and T20 World Cup spots – on the line as West Indies vs India goes to Florida for the weekend
Markram sees a role for himself in T20 World Cup