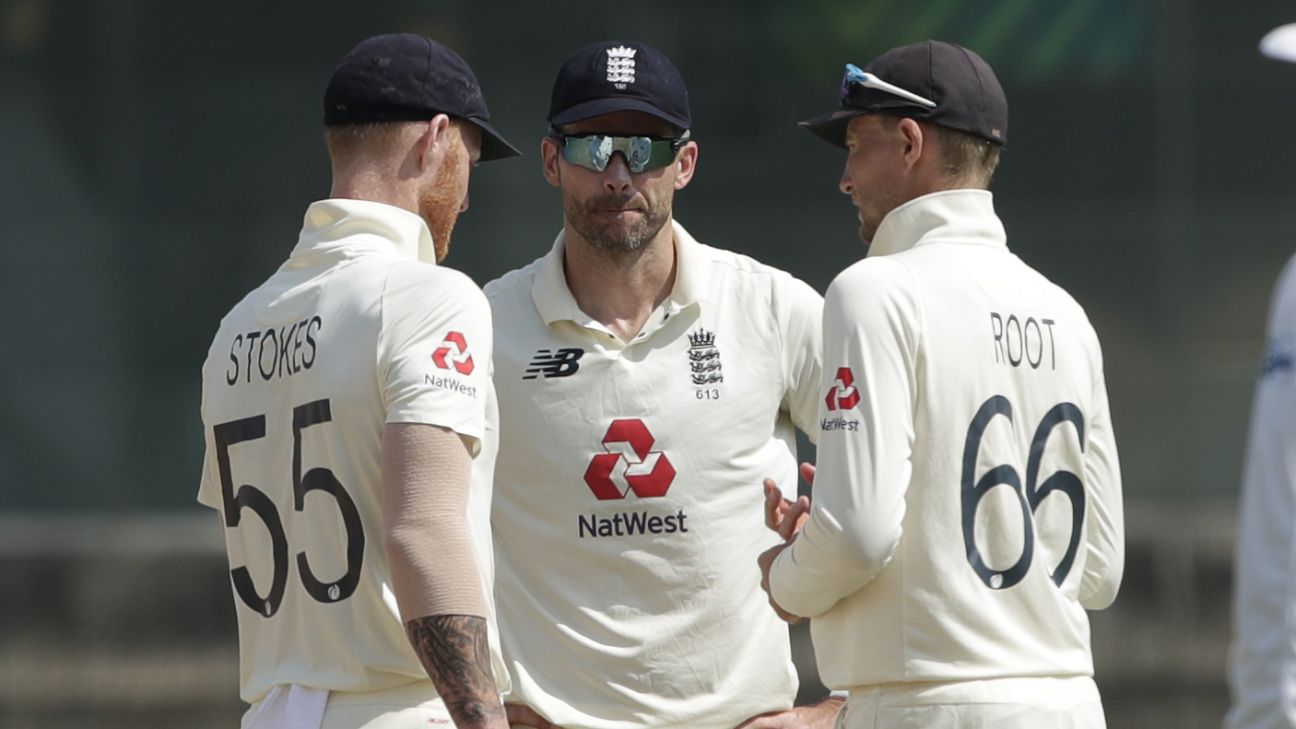 Anderson and Broad could be reunited in wake of Archer injury, as Moeen pushes for Bess place

Joe Root has given the strongest hint yet that England could make multiple changes to the team that won the first Test against India.

With just three full days between games, England are juggling their plans for rotation against some injury concerns within the squad. At present, Root has confirmed two changes, with Ben Foakes set to keep wicket in place of Jos Buttler, who has returned to the UK for some rest, while Stuart Broad will also play in place of the injured Jofra Archer.

But with three more Tests to play in the next three or four weeks, Root is prepared to further test the depth of his squad and is insistent England can do so without compromising their competitiveness.

“I look at the talent around our squad and every single one of them can play a huge part in delivering something very special over the next couple of weeks. You have to be brave enough to trust those guys that they can win you the game. That is how we are going to grow and become a better team in the long run, with guys pushing for a place all the time.”

Ben Stokes is among those nursing some soreness following the first Test, but Root appeared to confirm he will play.

“Are there any niggles within the squad? You could say that,” Root said. “There are a few things we want to make sure we are clear on.

“Ben has actually pulled up really well. He’s obviously not played for a little while and he’s got a sore knee but he’s trained hard on Thursday and looks fitter and stronger for it. I think the more he plays, the more of the usual Ben Stokes you’ll see with the ball. He had such an impact with the bat, took an amazing catch at slip and got the vital wicket of their main man Virat Kohli, so I can see him going from strength to strength.”

Zak Crawley, who injured his wrist in a fall shortly before the first Test, has returned to the nets but is not thought to be in contention to play.

Perhaps the most difficult problem facing Root and Co. is what to do with Dom Bess. While Bess claimed five wickets in the first Test, he also bowled 19 full-tosses and at times looked alarmingly out of sorts. Moeen Ali, who has not played a Test since August 2019, remains a viable option as replacement.

“I think, as a whole bowling group, it is important we consider everyone,” Root said when asked whether he would consider rotating the spinners as well as the seamers. “Everyone is human; nobody is a robot. It is important we consider guys who have played a huge amount of cricket and we try to make a good assessment of things going into the next game, whether that is to do with workloads, fitness or where somebody is currently at form-wise. We try to make a good honest decision about what will be the best attack to take 20 wickets on the surface.

“Dom’s contributed extremely well over the last three games. But it’s great to see Moeen in such a good place with his game. He’s come on leaps and bounds and looks in a really good place, too.”

While England’s original plan was to replace James Anderson with Broad, Archer’s injury has raised the possibility the pair could be reunited for the first time this winter.

“Stuart will play and we expect him to do exactly what he has done in the recent past in the England shirt.

“We talk about that rotation policy being crucial to our team’s performance so they’re fresh when they come in. But also making sure we’re getting the best out of the likes of Stuart, Jimmy and the rest of our fast bowlers.

“Stuart has been extremely professional about things. All he’s tried to do is make sure he’s in the best possible place to start extremely well and he’s a great example for the rest of the guys. He’s not just gone about his own thing, he’s bought into the whole bowling group and he always adds a huge amount.

“It’s great to see him so excited about playing and you know he’ll be extremely determined to put in a good performance and really make this game count. If he’s got any sort of point to prove, he’ll want to be the main man and have a real impact.”