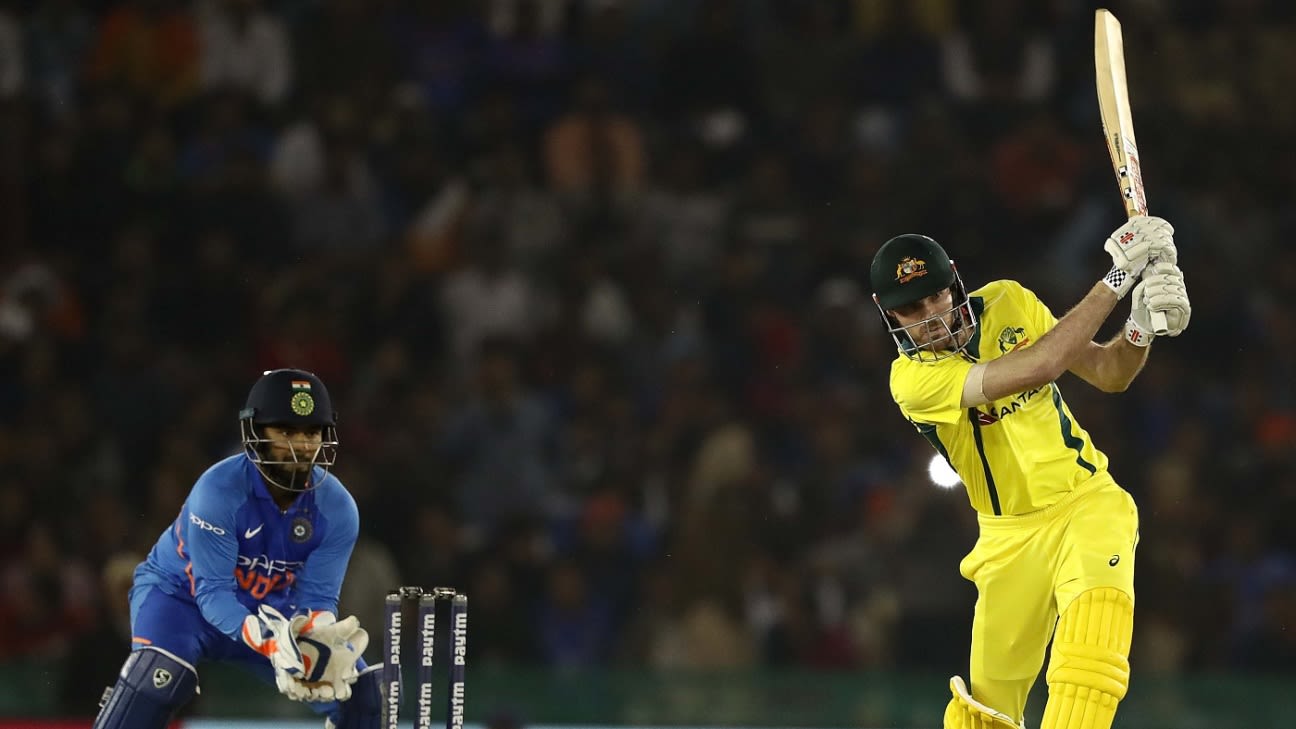 Ashton Turner is learning not to judge his performances as harshly while playing the most difficult of T20 roles, as he tries to reclaim a permanent spot in the middle order of Australia’s T20I side.

Turner appeared to be the answer to the national side’s long-standing middle-order woes in limited-overs cricket when he played one of the best innings by an Australian at No. 6 in ODIs, against India in Mohali in 2019.

That was just his second ODI, having played only five T20Is prior. The era of Australia shoe-horning dominant domestic openers into middle-order roles looked over as Turner was a specialist showing why specialists are needed.

But he has played just four ODIs and six T20Is since for his country and has batted only six times in those ten games. Shoulder surgery following a bizarre IPL, a horror run with other injuries and illnesses, a severe dip in domestic form and a lack of opportunity have all conspired to leave him in the international wilderness for over 12 months.

Turner’s inclusion in the squad for the T20I tour of New Zealand may have surprised a few given his raw numbers this BBL. But such is the nature of the role he plays at No. 6, that 228 runs at 22.80 with no half-centuries aren’t numbers he can be judged by.

Only Jordan Silk made more runs batting at Nos. 5-6 in the BBL and of the four players who scored 200 runs or more, only Daniel Christian had a better strike rate than Turner’s 155.47.

Turner, 28, himself is starting to judge his own performances differently as he prepares for a return to international colours.

“I think that when I first started playing Big Bash cricket and domestic cricket I probably didn’t know how to judge my performance,” Turner said. “When I first came into the team I was batting at No. 6 in a really strong team for the Perth Scorchers. I was probably a bit harsh on myself. I couldn’t understand why I wasn’t scoring as many runs as guys who were opening the batting.

“As I’ve got older and a bit wiser and a bit more experienced, I probably have different KPIs (Key Performance Indicators) for myself. I hold myself to different standards. Opening batters want to go out and be the leading run-scorers in the tournament. I think for me it’s about doing what the team needs and it’s about trying to have an impact in the game whether it be two balls at the end of the innings or I get to face 20 balls, that can determine how much of an impact I can have.

“Guys who are batting in the middle order – 5, 6, 7 – you probably won’t see too many of those guys at the top of the run-scoring charts. But quite often you will see those guys batting in real high-pressure situations with four runs to win off the last ball or situations like that. I probably judge myself more on how I perform in those situations than I do on averages or anything like that.”

In Turner’s six international innings since Mohali, he has only been dismissed three times. In his last six T20Is, against Sri Lanka and Pakistan, he only batted thrice making scores of 1, 22 and 8 without being dismissed, with the last two coming in successful chases as Australia went undefeated in the two series.

“I take a lot of confidence out of the times I have played really well for Australia,” Turner said. “I know my best is good enough. The challenge for me is being more consistent with that and being able to replicate my best days again and again. That’s something that I’ve been working really hard at over the last 12 months and hopefully, you can see that on show in this series.”

Turner has more experience batting at No.5-6 in all T20 cricket than any of the candidates that Australia are looking to use in the upcoming series. He also has a better strike rate than all bar Josh Philippe, who has only batted in the position 10 times in all T20 cricket compared to Turner’s 61 innings in those spots.

That vast array of experience and specialisation in the role has also helped Turner learn to tailor his preparation for it.

“Quite often the role of a middle-order batter is to walk out and you might have to try and find a boundary in your first or second ball and that’s something that you don’t prepare for in red-ball cricket and I like to think my training reflects that,” Turner said.

“I don’t train for as long in T20 cricket but it’s at a real intensity. It’s certainly a skill to be able to walk out to bat and to be able to not face dot balls, be able to score really quickly, and potentially find the boundary early. But sometimes it’s a skill to be able to get off strike and get your mate who is going really well at the other end on strike and being really adaptable. Sometimes you might be chasing a low target, sometimes you’re chasing a big score and that dictates how you need to play. I like to think that my training reflects all situations but I certainly do prepare really differently for white-ball cricket compared to how I prepare for red-ball cricket.”

His bowling will also be significant for his selection chances. Despite bowling just 5.3 overs in the recent BBL, he has fully recovered from his shoulder issues and with Australia having two specialist spinners in Ashton Agar and Adam Zampa, who both predominantly turn the ball away from right-handers, having Turner and Glenn Maxwell‘s right-arm offspin in the playing XI provides captain Aaron Finch with a full board of options if specific match-ups demand it.

“I’m confident in my bowling,” Turner said. “I’ve had some issues with my body in the past and that has meant that I’ve had a couple of years where I haven’t been able to bowl at all or as much as I would have liked. But that being said, I was probably just a victim of us having a quality bowling line-up in the Big Bash this year.

“I’ve been bowling a lot at training and I still feel really confident in my skills.”