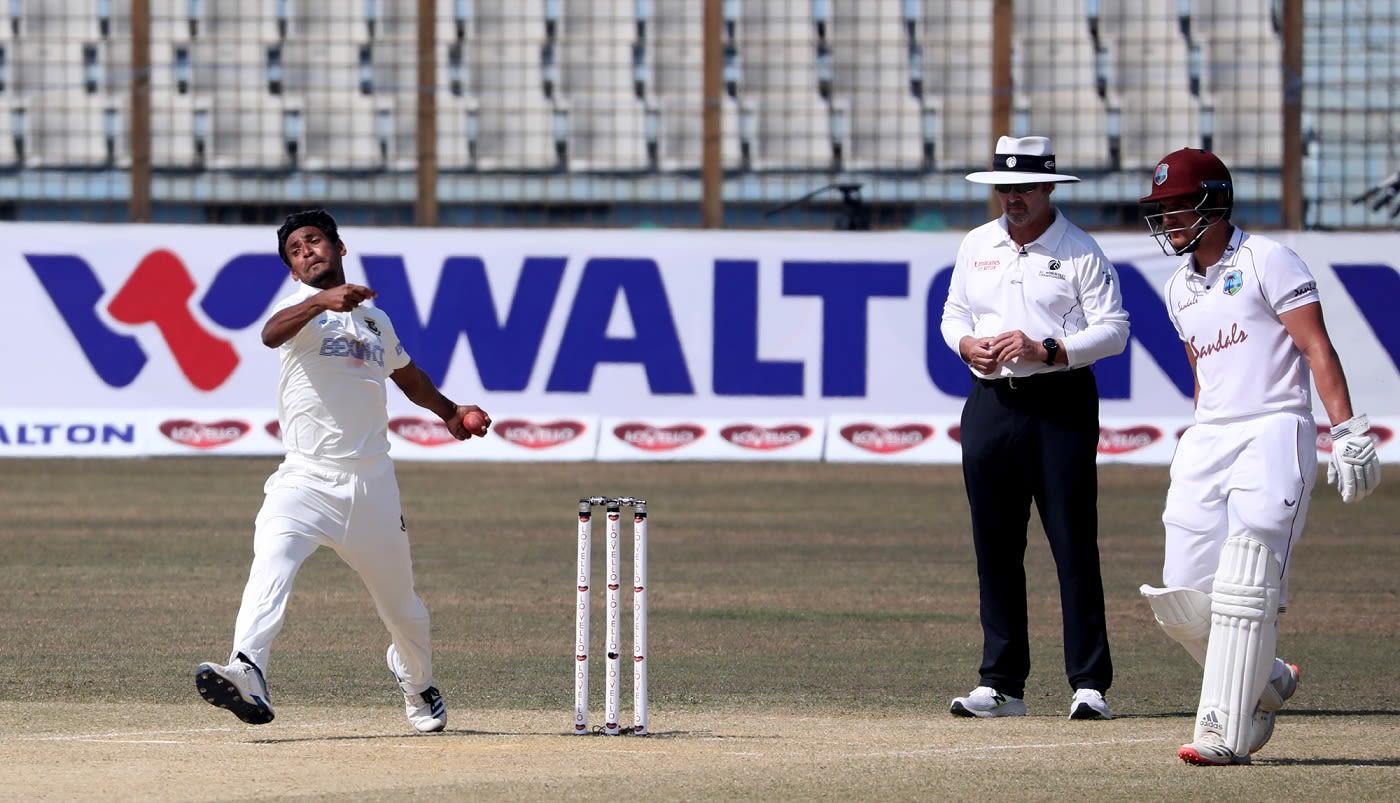 West Indies captain Kraigg Brathwaite chose to bat in the second Test in Dhaka against Mominul Haque’s Bangladesh, with the visitors looking to seal a series victory having won the first Test by chasing 395 in the fourth innings. They made one like-for-like change with Kemar Roach being replaced by Alzarri Joseph.

Bangladesh, who are looking to avoid defeat in a home Test series (two or more matches) since losing to Sri Lanka in 2017-18, brought in three changes, with two of them forced.

The injured Shakib Al Hasan and Shadman Islam were replaced by Mohammad Mithun and Soumya Sarkar – with the latter set to open – while left-arm seamer Mustafizur Rahman was dropped for right-arm quick Abu Jayed. Rahman had taken only two wickets in the first Test in Chattogram.

The toss could play a significant role since cracks were observed on the pitch even before a delivery was bowled at the Shere Bangla National Stadium. Brathwaite said at the toss that the pitch appeared dry and he wanted his side to produce a better first-innings batting performance. Haque said that he wanted to bat first too.