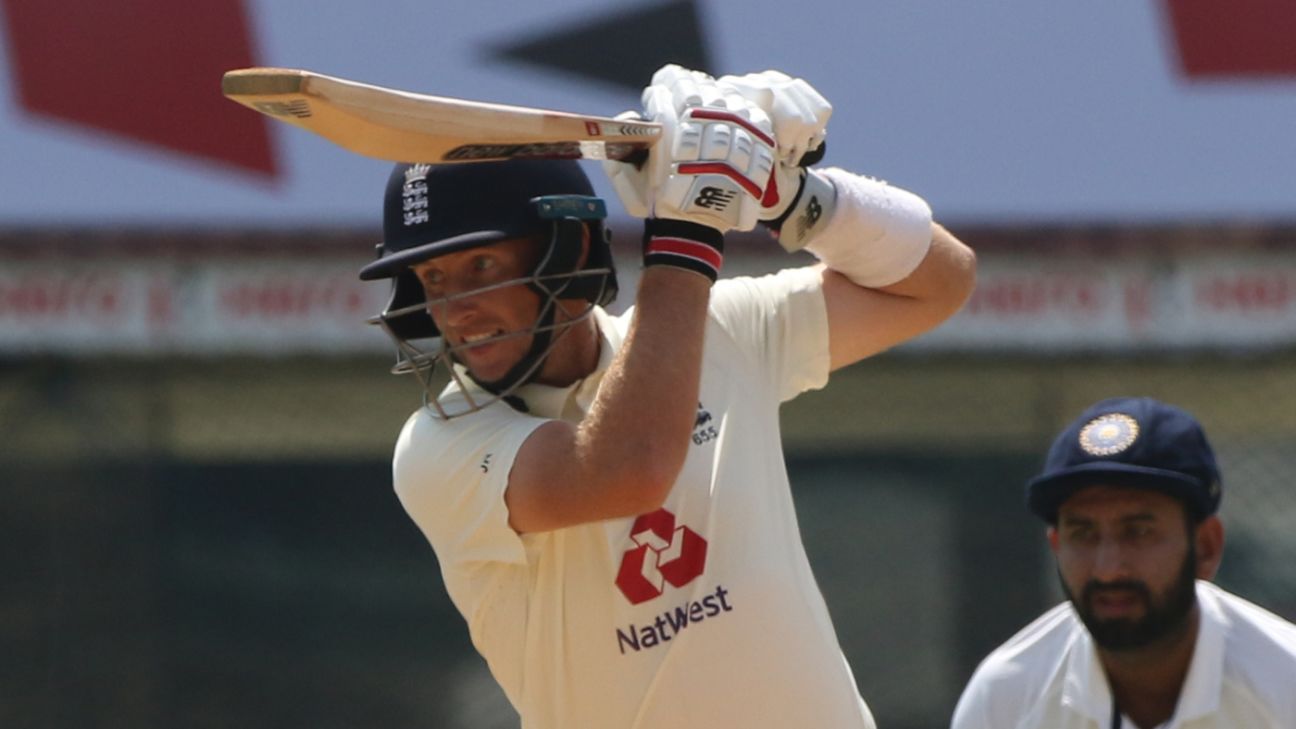 Joe Root’s attainment of new heights as a Test batsman is a vindication of his continued omission from England’s T20I plans, according to the national selector, Ed Smith, who believes that the ECB’s focus on player rest and rotation is a key reason for the team’s successes across all three formats.

England’s 227-run victory in the first Test against India in Chennai has carried Root’s men to the top of the ICC World Test Championship table, even though they will need two more wins in the next three matches to book a place in the final in June.

But, with the white-ball squad currently boasting the No.1-ranked team in both ODIs and T20Is, Smith is adamant that the benefits of allowing Root to focus on his primary duties in red-ball cricket outweigh the loss of his expertise in the shorter formats, even though he was England’s outstanding performer in their run to the last World T20 final in India five years ago.

“Nothing’s changed with the position on Joe Root,” Smith said. “Joe is one of England’s greatest-ever cricketers, that’s becoming clearer by the day, by the match. Joe’s sequence of batting in Test cricket is the best sequence of batting I’ve ever seen from an England batsman.”

With consecutive scores of 228, 186 and 218 in his last three Tests against Sri Lanka and India, Root has lifted his Test average back above 50, and surged into the top three in the ICC batting rankings, after a relatively fallow 2020. But with eight more Tests against India this year alone, as well as two against the No.1-ranked Test side New Zealand and an Ashes campaign at the end of the year, Smith recognises that he may have little time to focus on the limited-overs game.

“He’s been absolutely remarkable, we can all celebrate that,” Smith said. “But Joe has an incredibly busy year coming up. One of the biggest years of his career. And it’s also the case that England have won seven out of eight T20I series, with the eighth being drawn.

“Over that period of time we have become the best batting team in the world, statistically, while Joe is playing [Test cricket] at a level that I’ve never seen any England batsman play at. We believe for the time being, that’s a good arrangement.

“It’s an extraordinary thing to be winning across those three formats to such a high degree, and at the heart of that is player management.”

The issue of player rotation has been in sharp focus in the past few weeks, with Jonny Bairstow’s absence for the first two Tests in India attracting scrutiny given his confident displays at No.3 in Sri Lanka. And now, in the wake of a famous win in Chennai, England will contest the remainder of their Test series in India without first-choice wicketkeeper and senior pro, Jos Buttler, who has been rested ahead of an intensive white-ball schedule next month, with Ben Foakes stepping up in his place.

Buttler’s keeping on this Asia tour has been faultless, while his status within the dressing-room is another reason why England might have been tempted to waive his break from the game, given the scale of the opportunity that the team have earned through their performances in the first Test.

Smith, however, was adamant that the right decision had been made in the long term.

“We worked really closely with Jos on his schedule,” he said. “It was very much working together for the good of England cricket. Everyone felt that was the right thing to do, so no there was no thought of a last-minute U-turn.

“Jos has been integral to England’s success across those formats, it’s no coincidence that Jos coming back into Test cricket, he’s bought a lot to that Test team

“But player welfare is absolutely critical. And we believe that a large group of players, capable of performing at a high level, in all conditions across formats, is the best approach and we’re very confident in that approach.”

England’s Chennai victory was their sixth in a row in overseas conditions, dating back to the Cape Town Test in South Africa last January, and as Smith pointed out, it’s not been unusual for England to have lacked a string of senior players throughout that run of performances.

James Anderson was injured for the final two-and-a-half matches in South Africa, and has been rotating with Stuart Broad around a solitary place in the team this winter. Ben Stokes was also rested for the Sri Lanka series, along with England’s first-choice opener, Rory Burns, who took time out for the birth of his first child.

“I think we’re looking for four things,” Smith said of the rotation policy. “We need to look after those players and make sure they are peaking when we really need them most. We need a larger group of players, so we’re not just relying on the same guys over and over again and then they’re at risk of physical and mental problems.

“Also, we look within that at rest and rotation. so we are able to have a continually good XI on the field at all times in all formats. And the fourth thing, which is absolutely central, is we want playing XIs in all formats that can win all around the world, not just in home conditions

“We believe that we can do that, and the results we’ve been getting over a two-and-a-half year period show that player management is an area where you can gain a real edge in elite sports.”