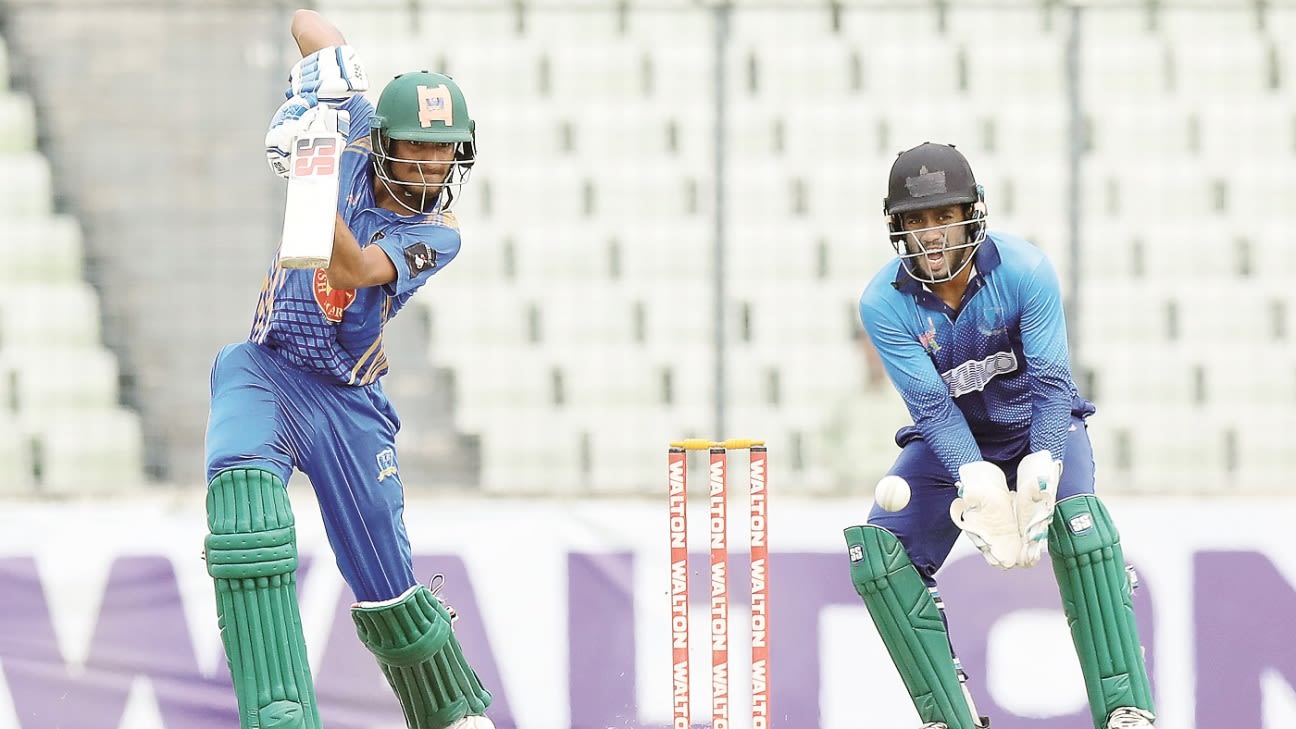 Cricketers bound for the New Zealand tour could be vaccinated before they depart, while the rest of the domestic players will follow thereafter

Bangladesh’s 2020-21 domestic season hinges on the BCB’s Covid-19 vaccination programme, with officials hopeful that they can get at least the main tournaments underway. According to Akram Khan, the head of the board’s cricket operations, cricketers bound for the white-ball tour of New Zealand later this month could be vaccinated before they depart, while the rest of the domestic players will follow thereafter.

Having purchased 30 million doses, the Bangladesh government started its nationwide vaccination programme on February 7. The government had listed “national players” among the first groups to be vaccinated, but the BCB said last month that they themselves plan to buy vaccines for everyone involved in domestic cricket, including male and female cricketers, coaches, and umpires. Akram was hopeful that as soon as the BCB can roll out their programme, the domestic season will just take care of itself.

“We have held two tournaments successfully during this tough time, but club cricket is going to be more difficult,” Khan said. “A lot of matches will be held in a number of venues. The BCB president had earlier said that we would try to acquire the vaccine as soon as possible. We don’t want to be at risk. Maybe we will vaccinate the national team players who will go [to New Zealand], and follow it up with the others and start domestic cricket as soon as we can.”

The main domestic competitions in Bangladesh are the National Cricket League (first-class) and the Dhaka Club Cricket system that has the Premier, First, Second and Third Division leagues. The top priority at the moment is the incomplete 2019-20 Dhaka Premier League.

“We will try our level best to hold the important tournaments during this season. [The length of the 2019-20 DPL] will depend on the vaccination. If we get [the vaccine doses], we will have the whole league,” Khan said.

But there is another problem. With the top players being involved in Bangladesh’s tour of New Zealand from February 24 to April 1, followed by the Test series in Sri Lanka that must be held within April to make the World Test Championship cut-off date, it is uncertain how many of them will even be available to play the DPL.

As it stands, the 2020-21 Dhaka league competitions cannot be held without the completion of DPL 2019-20 due to promotion and relegation of clubs.

Khan, however, said that they are mindful of the financial difficulties of most professional cricketers in the country, which is why they are looking at all options.

“We are not only thinking about the Bangladesh team. Our board president is aware that many of our cricketers are in financial problems. We are trying to organise all the tournaments, and since we have Tests coming up, we must look at longer-version cricket too.”