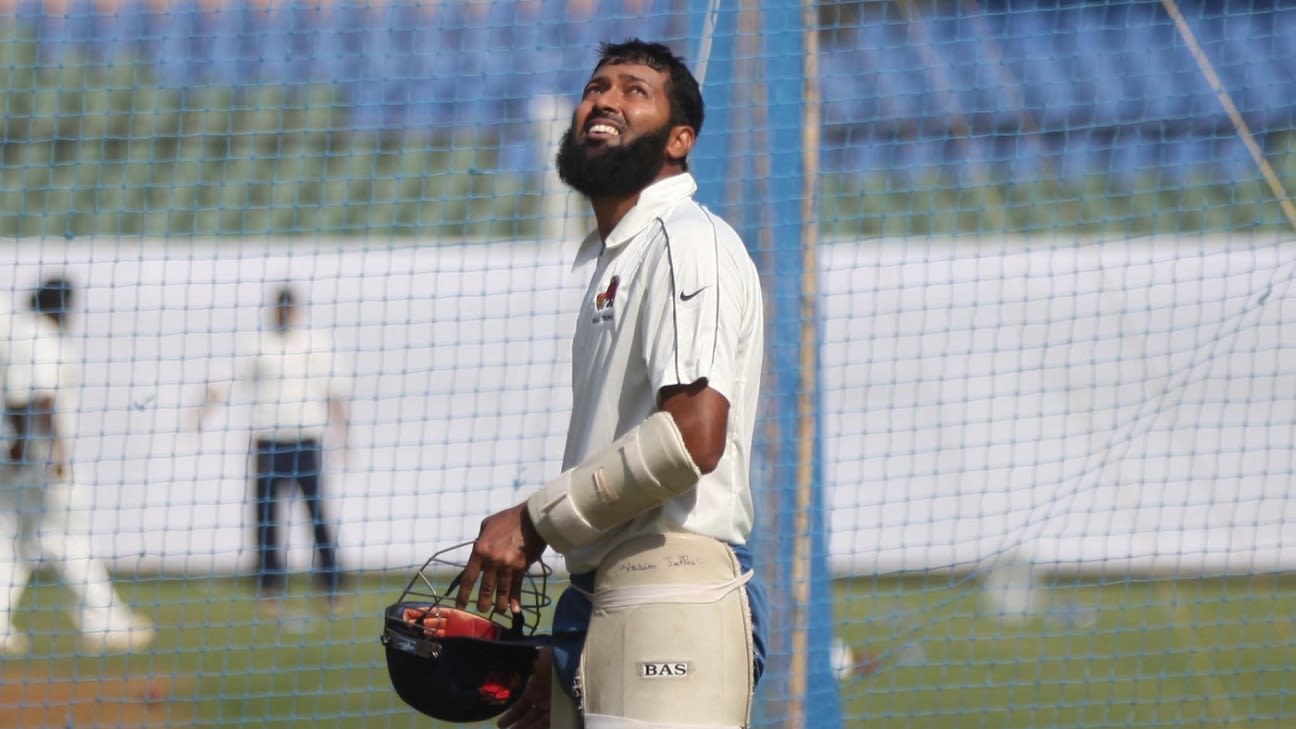 A day after resigning as Uttarakhand head coach because of “interference in team selection”, former India opener Wasim Jaffer has denied allegations – reportedly levelled against him by senior officials of Cricket Association of Uttarakhand (CAU) – that he was creating a religious and communal divide in the dressing room.

Calling a virtual media briefing on his own on Wednesday, Jaffer said it was “sad” that he had to take the step to deny the “baseless” allegations attributed to CAU secretary Mahim Verma and team manager Navneet Mishra. The allegations were carried in Hindi newspaper Jagran on Tuesday.

“These are very serious allegations and therefore I must also present my side,” Jaffer said during the media briefing on Wednesday. “I have already mentioned the reasons behind my resignation in my e-mail, and I stand by them. But giving it a communal angle, and that I have to even give clarification on such things, is very, very sad. After playing for so long, after representing the country, I have to come and defend myself for such petty things.”

According to Jaffer, a domestic stalwart who played 31 Tests for India, he respects all faiths having played for several teams in India and overseas. “I didn’t enforce anything on anyone. Everybody has his own faith and he is entitled to it. And I respect all faiths.”

‘All I was saying was we shouldn’t have a religious slogan’
Jaffer was also accused of changing the Uttarakhand team slogan from “Jai Hanumaan” to “Go Uttarakhand”. According to Mishra, Jaffer said that since the team has players from different religions, the team slogan should be changed.

Jaffer, who won multiple Ranji titles for Mumbai including as captain, clarified why he got the team slogan changed. “When we were playing practice matches, the players used to say ‘Mata Raani ki jai’ or ‘sachhe darbar ki jai’. When we reached Baroda [to play the group phase of the Syed Mushtaq Ali Trophy], I told them that we were not playing for a particular community, we were representing Uttarakhand. So our slogan should also be something around Uttarakhand, like ‘Go Uttarakhand’, or ‘Let’s do it for Uttarakhand’, or ‘Come on, Uttarakhand’.

That suggestion, Jaffer explained, was made based on his experience as a professional with Vidharbha, where former Mumbai and India wicketkeeper Chandrakant Pandit was the coach. “Chandu sir used to say ‘come on’, and we all players used to say ‘Vidarbha’. So ‘Come on, Vidarbha’ [was our slogan]. That was the idea because the XI players on the field are from different faiths. So not everyone must be following what others are following. So I said let’s make some slogan around Uttarakhand and I said you decide because it’s you guys who do this, I don’t even do this as I am not there in the middle.

“If I want to make it communal, I would have asked them to say ‘Allah Hu Akbar’ or something else from Islam. And why would I have a problem with ‘Jai Uttarakhand’. All I was saying was we shouldn’t have a religious slogan.”

Jaffer was also accused of pushing for former Mumbai left-arm spinner Iqbal Abdulla, over local player Kunal Chandela as captain for the forthcoming Vijay Hazare Trophy. Jaffer pointed out his original choice was Dikshanshu Negi and not Abdulla, one of the professional players he had got at Uttarakhand along with Jay Bista, Samad Fallah and Santosh Saxena. “I had named Dikshanshu Negi as the captain because I wanted a local guy to get some experience. Because professionals will come, play and go, and it’s the local guys who have to stay here and play for long.”

However, soon after Jaffer’s media briefing, Verma was quoted in the Times of India that former Sikkim coach Manish Kumar Jha was Jaffer’s replacement. “The way he [Jaffer] has resigned from here is not proper. We have never said that he’s a communal person.”