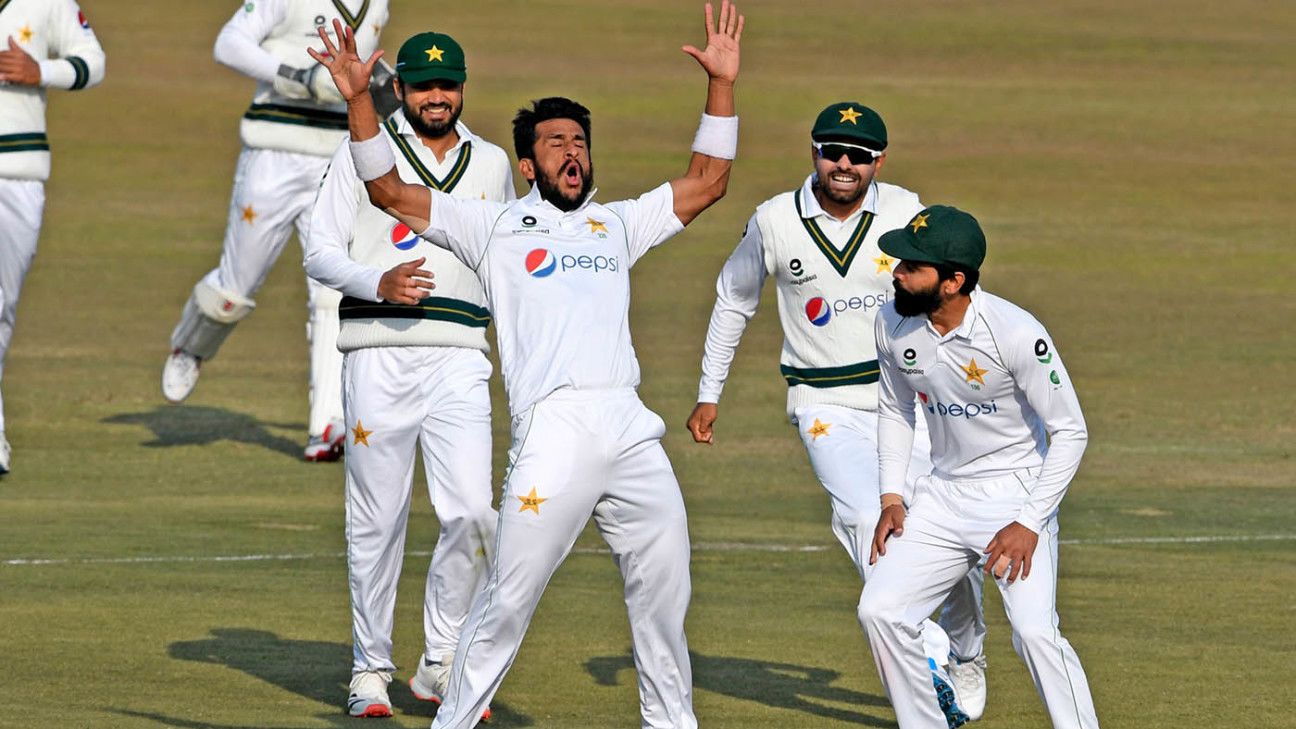 Hasan Ali‘s story can be great inspiration for young fast bowlers, who fear that injury could bring their careers to a halt, according to Pakistan bowling coach Waqar Younis.

Hasan completed a match-winning ten-wicket haul in Rawalpindi, which led Pakistan to their first Test series win over South Africa since 2003. But it was only two years ago that he was almost lost to Pakistan cricket. His body was repeatedly letting him down. His groin, his back, his ribs, everything seemed brittle. There was even talk of surgery. It troubled him enough that he wondered if he would ever play cricket again.

“Hasan is a great character,” Younis said on Wednesday. “He was coming from injury and the way he performed, hats off to him. This must not be forgotten that Hasan got so much success at a very early age but then was suddenly plunged into oblivion due to injury and was in a very tough situation. I can tell you from my own personal experience from the 1992 World Cup – it really hurts. It feels like the end of the world because you have seen such highs in your career and then when you see absolutely nothing, it’s very, very hard.”

Hasan even lost his national contract, but he didn’t give up. After an extensive rehabilitation programme, he returned pretty much to his very best at the recent Quaid-e-Azam Trophy and captained Central Punjab all the way to the final, where he scored a century and picked up five wickets. The game ended in a tie and Hasan emerged as the Player of the Series for his 43 wickets at 20.06. That performance put him back on the national radar and he is back leading Pakistan to victories.

“I am hopeful now that we have started playing at home, you will see this present lot of fast bowlers will have lengthy careers with success. Most bowlers do well in their own conditions. I feel they are more comfortable bowling at home”

“Hasan is doing a wonderful job. I have seen him in tough times being injured and struggling, but the best thing is he never gave up,” Younis said. “He bowled really well [in the Rawalpindi Test]. From my playing experience, or even from watching Wasim Akram or any other big successful bowler, I can tell that if you want to pick up fast bowling, you have to know that such injuries will come in your way. Fast bowling isn’t a natural act. It puts a lot of burden on your body and you have to be strong physically and mentally.

“I have seen Hasan do all the hard work, the work he put into his recovery, getting fitter, playing first-class cricket and reviving himself again. He is fitter than ever and of course he played a big hand in winning the series [against South Africa] with support from others: Shaheen [Shah Afridi] and Yasir [Shah] bowled well, Nauman [Ali] was brilliant and Faheem Ashraf was excellent in our pack of bowlers. They all did their job and this 2-0 is massive because South Africa is a big team to have toured Pakistan and winning against them is a big achievement. His comeback is a great message for the young fast bowlers out there that where there is a will there’s a way to make a comeback.”

The time of Pakistan fast bowlers having long and productive careers is over. Since the days of Younis, Akram and Shoaib Akhtar, Pakistan have gone through 37 pacers, and none of them have really managed to last. Even highly skillful ones like Mohammad Amir and Wahab Riaz chose to step away from red-ball cricket because of the strain it placed on them. It also hasn’t helped that over the last ten years, Pakistan have had to play most of their home Tests on slow and low surfaces in the UAE, which forced them to invest in spin, leading to a situation where fast bowlers were more or less support acts to the likes of Saeed Ajmal and Yasir Shah.

“A fast bowler’s career can surely go on for five to seven years. Maybe longer. Neither me nor Wasim or Shoaib played for their whole life. It’s a circle and new players come in replacing the previous ones. Look at Hasan Ali’s comeback strongly and he earned his place,” Younis said. “Sometimes injuries play a major part. Even Pat Cummins or Jasprit Bumrah and few others in other countries, they all have had their fair share of injuries in their career but they came back after rehabilitation with full fitness and they are staying relevant with their performance.

“I am hopeful now that we have started playing at home, you will see this present lot of fast bowlers will have lengthy careers with success. If you see, most of the bowlers do well in their own conditions. I feel they are more comfortable bowling at home.”